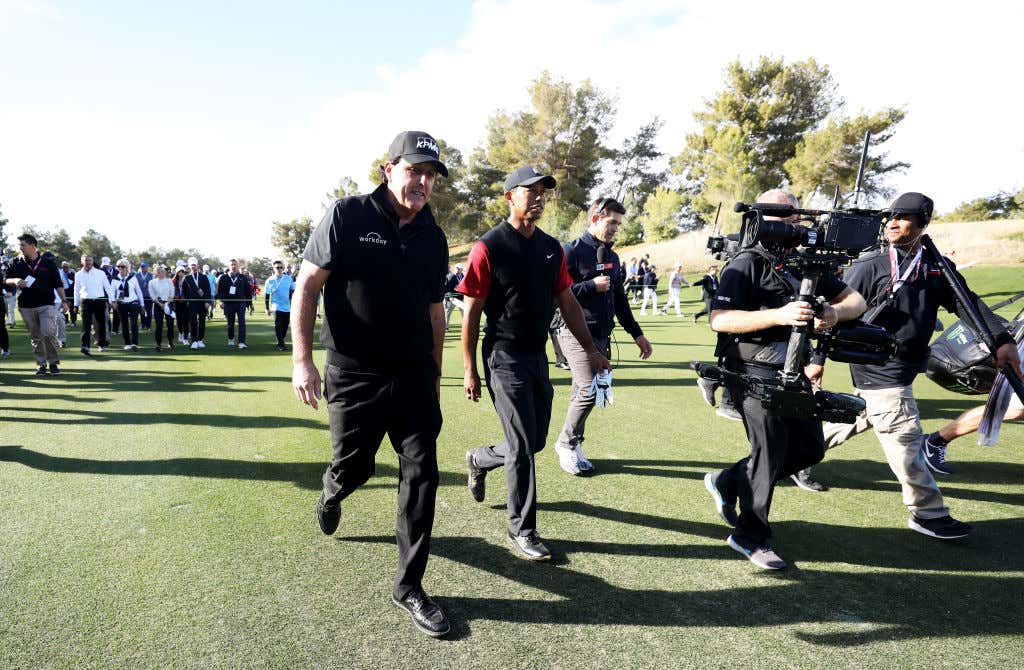 CNBC- NFL icons Tom Brady and Peyton Manning will join superstars Tiger Woods and Phil Mickelson in a golf match organized by AT&T’s WarnerMedia and the PGA Tour, a person familiar with the negotiations confirmed to CNBC. The match pitting Mickelson-Brady against Woods-Manning would be a rare sporting event in the wake of the coronavirus pandemic, which has spurred game cancellations and suspensions across professional sports.

The person, who requested to not be identified as negotiations are stilling being finalized, said the event would likely happen in May and would benefit charity. Though nothing is official, the event could take place live on Turner Sports’ TNT channel or elsewhere in the WarnerMedia company, but its unlikely to be featured on pay-per-view. News that Brady and Manning could participate in the event was first reported by golf journalist Robert Lusetich. Officials coordinating the event also plan to feature stars throughout the PGA, NFL, and National Basketball Association. That would include Hall of Famer Charles Barkley, who currently serves as an NBA on TNT studio analyst, for off-site guest commentary.

Okay so as far as I can tell this isn't an April Fools joke. I'll throw a temper tantrum if it turns out to be an April Fools joke. Negotiations for a Tiger Woods/Phil Mickelson match are currently taking place which is pretty insane but awesome at the same time. The match would be for charity, they're thinking it'll take place some time in May and (and this is the craziest part) Tom Brady and Peyton Manning could be involved. What?! Apparently that's the rumor. When news started to circulate a couple days ago about a potential Woods/Mickelson rematch (thanks to tweets from Lefty himself) the Brady/Manning part was nowhere to be found. But now it is and it would be SPECTACULAR if it came true. A team of Woods/Manning vs Mickelson/Brady would be so much fun. Hopefully including Brady and Manning would up the shit talking between the two groups. Not to mention it would bring even more eyeballs to an event that was already going to have a fuck ton of eyeballs.

If this all actually happens, and for some crazy reason my gut is telling me that it will, I need documentary crews to be following every person involved. I want individual crews for Woods, Mickelson and Brady. Because how crazy is the lead up going to be to this match just from a medical perspective? They're gonna have to test EVERYBODY to make sure no one is sick with coronavirus. Every single person who might be involved will have to get tested. Because you can't have any of those super star athletes coming out the other side of it with coronavirus. The whole thing would be fascinating and honestly we just need live sports right now. We need something to happen in our lives so every day stops feeling like Groundhog Day.