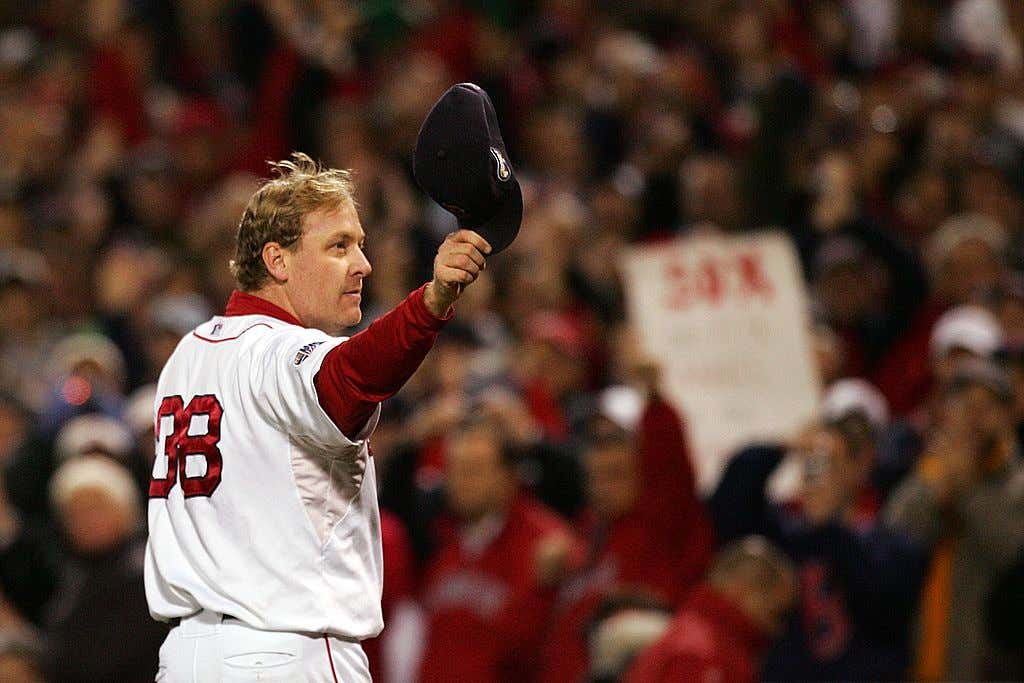 On April 7, 2017, Mr. Cat and Mr. Commenter bullied Curt Schilling onto the podcast.

The beef started just two days earlier, when Theo Epstein appeared on PMT and told a story about Curt negotiating for his 2003 contract extension with the Red Sox. Schilling had fired his agent in the negotiating process and decided to represent himself in the process. In a very strange process, Epstein told us some of the meeting happened in Schilling's home, where the final deal would eventually be met.

Epstein then recalled what would eventually cause Schilling to get fired up when he told us,  “So, I thought we were doing pretty well in the negotiations and then we reach a deal, we're happy with it, and we go back to print it out in his little home office. And so we're using his computer and his printer to print it out and there on his desk is a well-worn, dog-eared copy of the book 'Negotiating for Dummies'. And that's what he was using, every time he was pretending to go to the bathroom, he was running back and looking at that book.... I shit you not.”

Schilling denied this ever happening, which got Mr. Cat and Mr. Commenter to friendly cyberbully the pitcher onto the podcast to discuss. 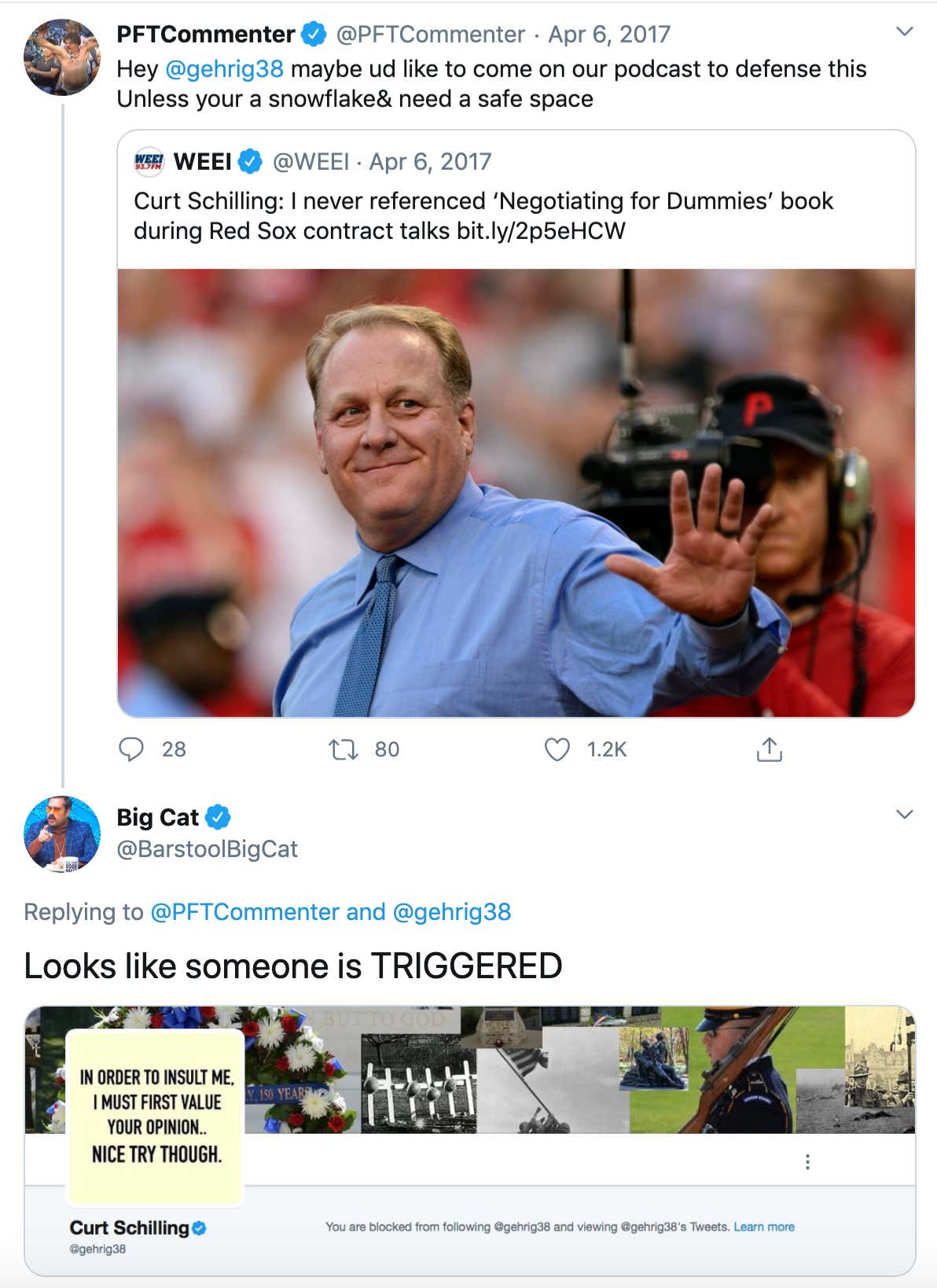 Just look at the avi he had. "In order to insult me, I must value your opinion.... Nice try though." So, there's no possible way he could get triggered online and come onto the podcast then, right? 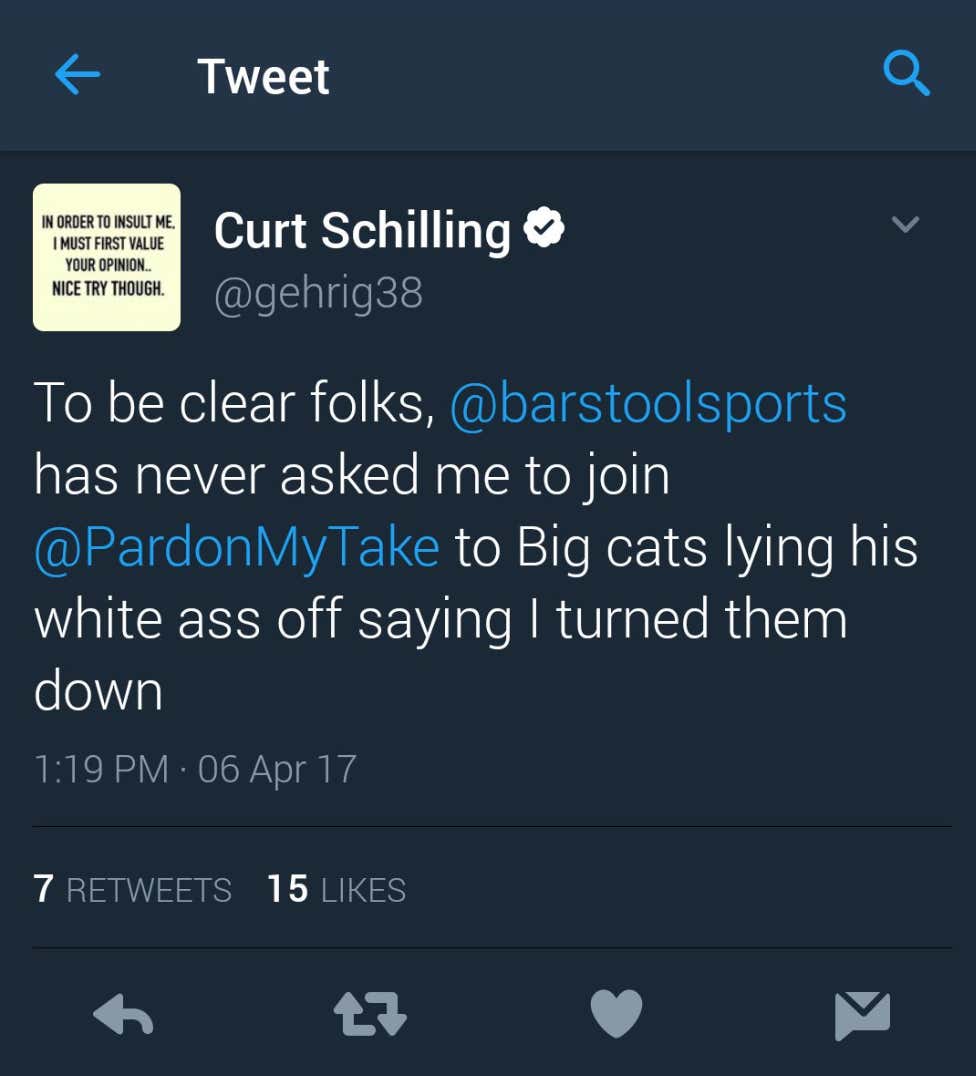 Then, boom, there it is. A guy like Curt can only be publicly called a triggered snowflake so many times before he has to do something about it. Mr. Cat and Mr. Commenter had pushed his buttons just enough to get him to call into the studio and tell his side of the story that he disputed from the interview with Theo Epstein. However, to round out this whole interaction, it wasn't going to be that easy for Schilling.