We're back tonight and since there are probably alot of people who have never watched or haven't watched in a while hopping on the train I figured it would be a good thing to write a little preview. After a couple seasons of stinkers, last season was legitimately good and made me encouraged for the future of The Challenge. A good mix of vets, Brits, and the somewhat harrowing theme of this season should only help keep everything rolling.

Let's get into the cast.

(For some reason this is how The Challenge Instagram grouped em so we'll roll with that:)

People Who Have Won A Challenge 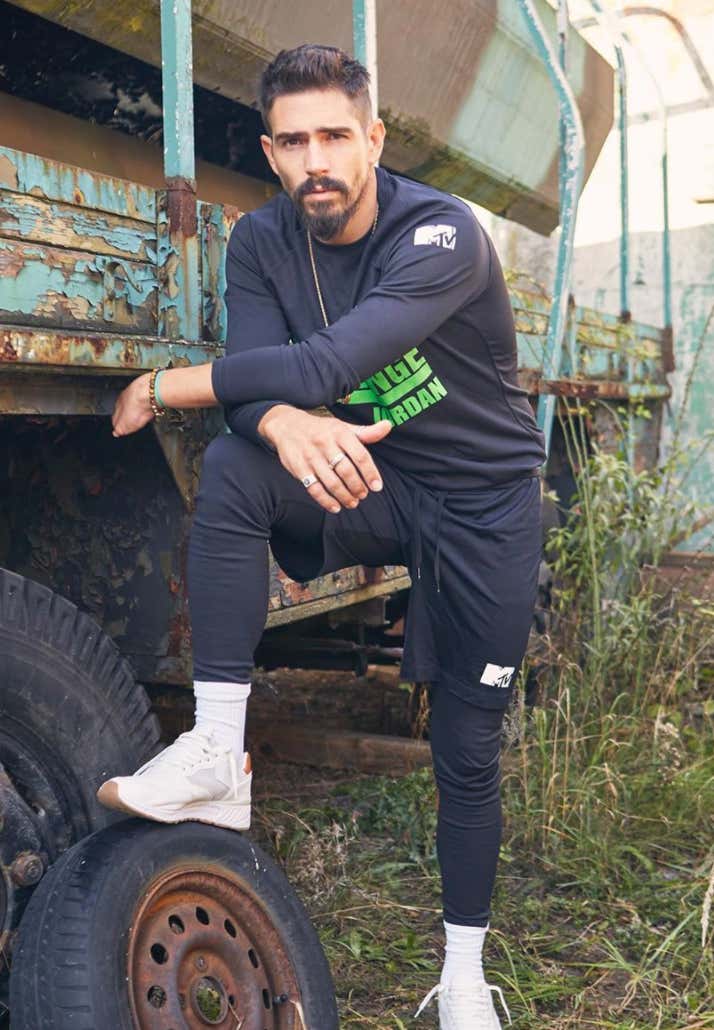 There's no better way to describe Jordan than as a freak of nature. What he did last season put him into my Mount Rushmore of the best to ever do it on The Challenge. Even with one hand there's just not much other people can do to even stack up with him. Big ego, but it's very deserved and I actually agree with him most of the time as he aims his anger at people who just generally suck.

Key Moment - When he beat Zach in a sledgehammer elimination 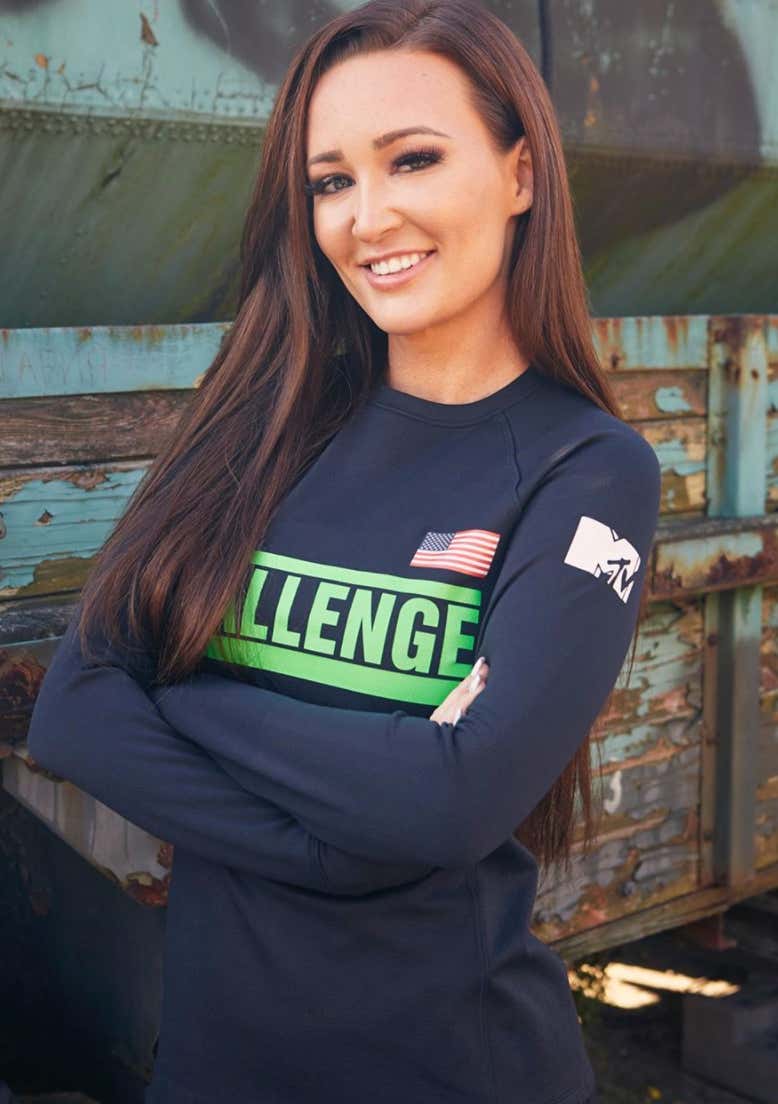 This is kind of wild to say, but I think Ashley is the most well-rounded girl on the show. She's solid at challenges, has a good political game, and most importantly - is bat shit insane so people are genuinely afraid to vote her in. She has multiple wins under her belt and is as good of a bet as ever to take home another…unless she decides she's over it and goes home on her own accord.

Key Moment - When she took the money from Hunter 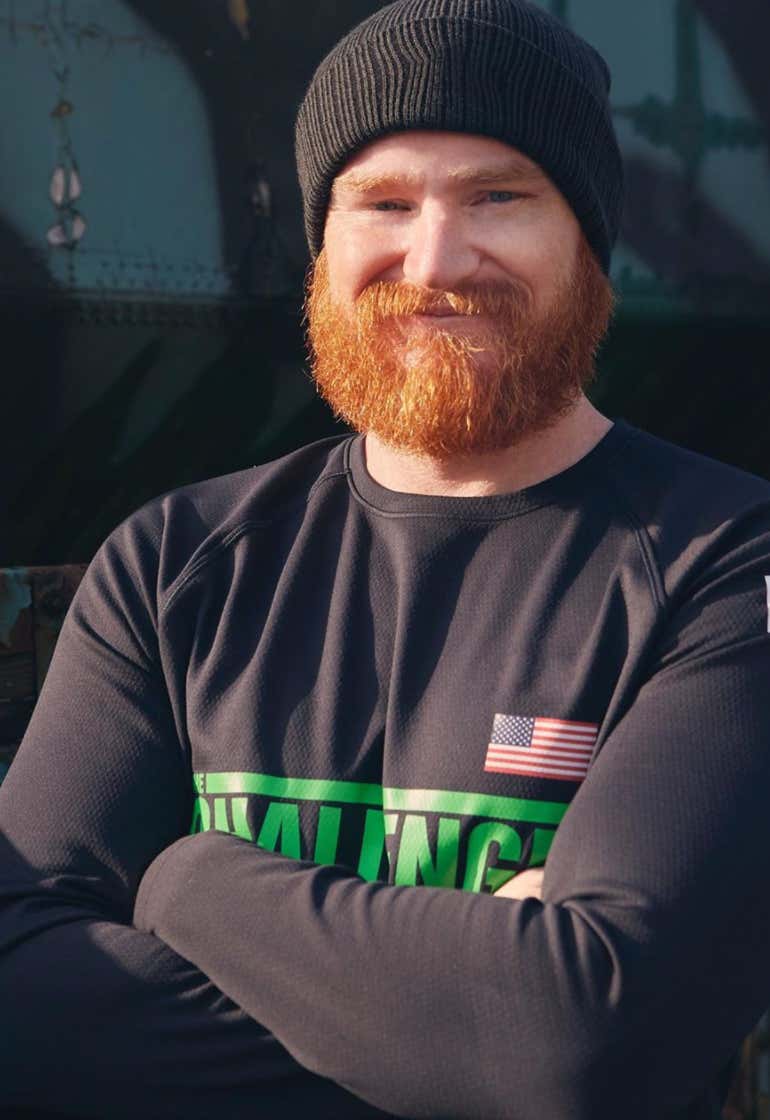 It's almost impossible to determine how well Wes is going to do in these things. It's either he does too much too early so he finds himself in a pickle and goes home in the first couple episodes or he winds up staying until the final. There's really no in between at all with him. He's still as entertaining as ever, but if you haven't watched in a while it's important to note that physically he just isn't the same Wes. I still love to see him back though and am going to enjoy Wes vs. Johnny Round 84.

Key Moment - Too many to pick from, but nothing beats the monster truck line 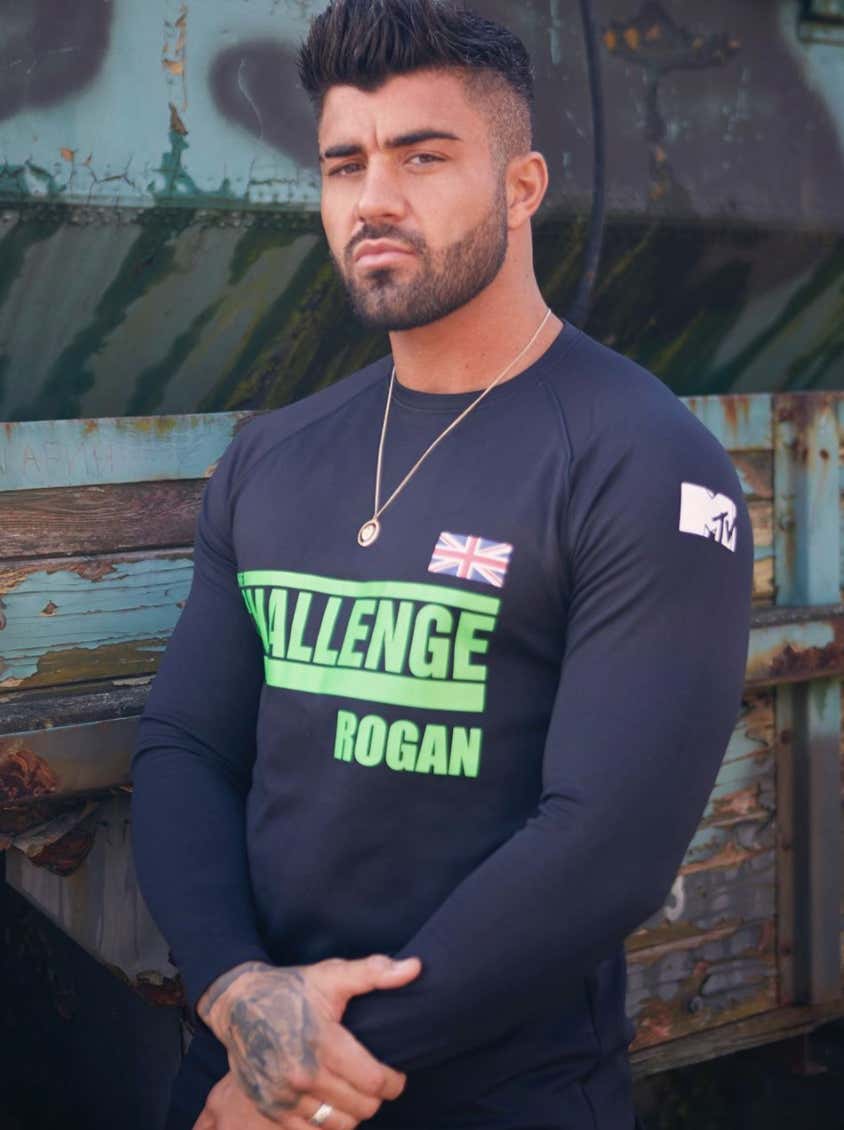 He won last season after being bounced on the first episode in a previous season. Solid competitor, kind of a dummy which makes him entertaining, but overall real solid and keeps his neck clean for the most part. 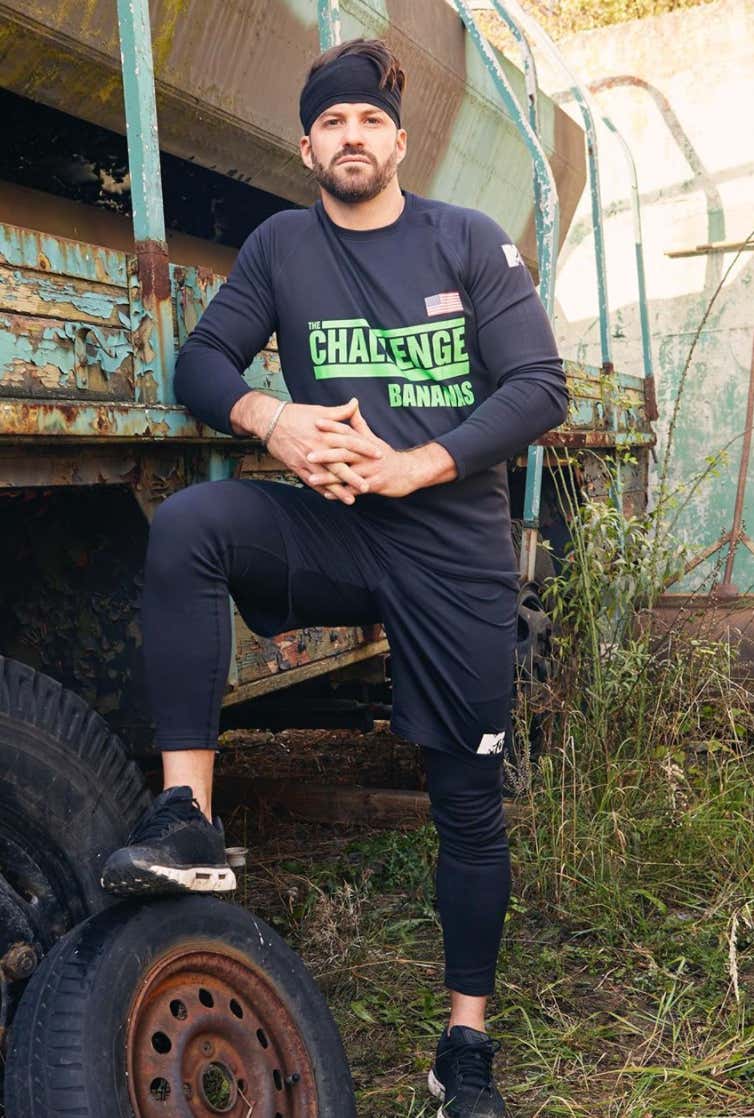 Whether he's your MJ or your Bill Russell, The Challenge house still runs through the banana man. He's lost a little bit of his stranglehold in recent years with the show casting an overwhelming amount of rookies/people who hate him, but he's always a strong bet to win the whole damn thing. 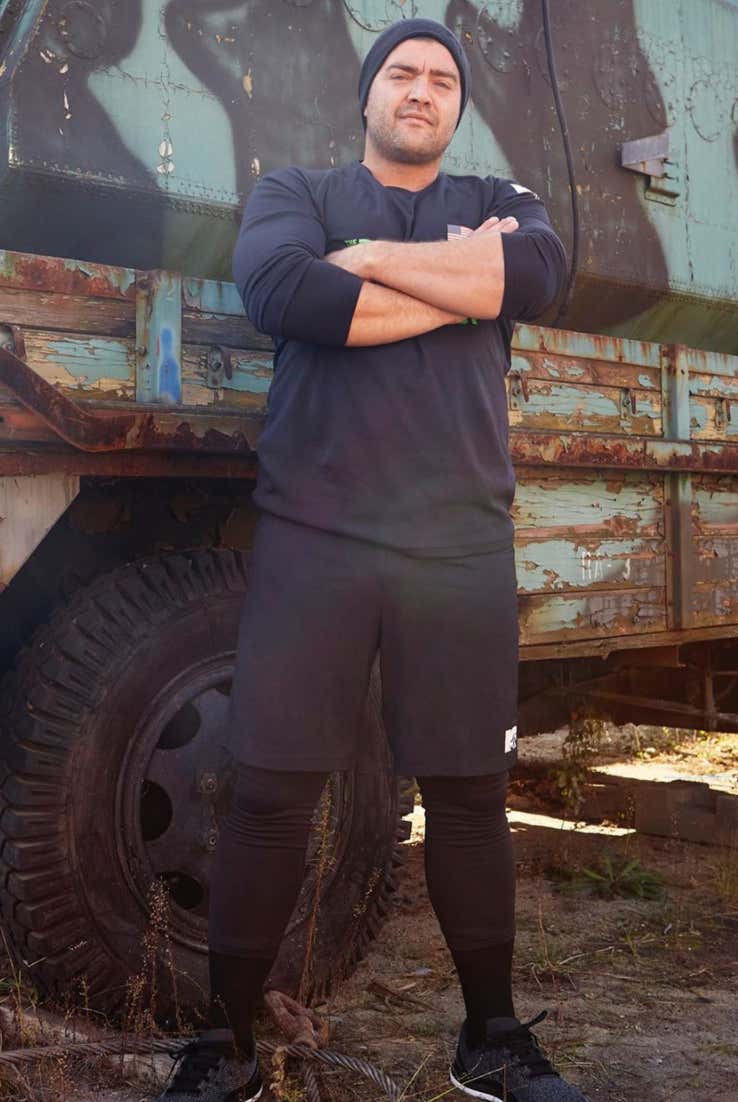 Once again - no introduction needed.

I honestly think CT is as good as ever. People like to give him shit because he gained weight, but there has really yet to be a challenge where he looked like complete luggage in. He also keeps his nose clean now so no more worrying about him going home after hitting someone in the face night one if you're an old school watcher.

Key Moment - Too many to name, but I just love the train scene too much to post anything else 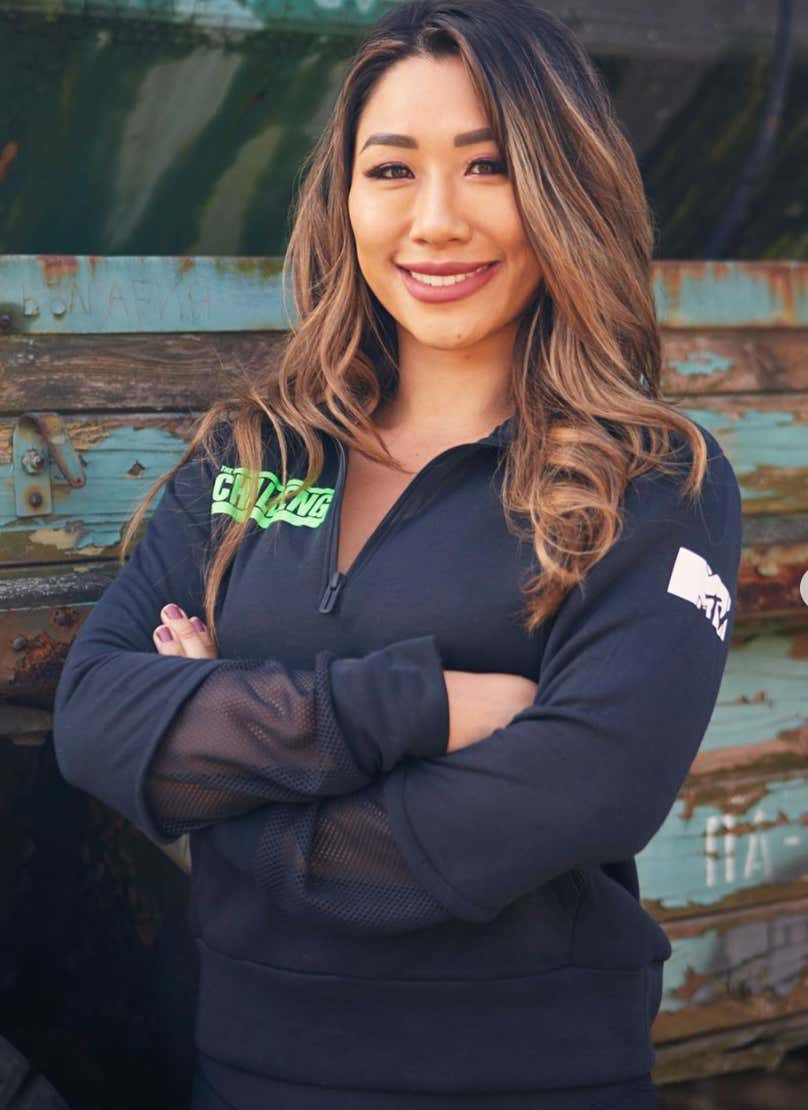 She won last season and was probably the surprise player of the year. She was never seen as bad, but as I showed you above even her boyfriend didn't think that she'd be able to complete the final. Well, she not only completed it, but killed it to prove most people wrong. I still don't think she invokes fear in people though and would caution you taking her in a fantasy draft if you do that sort of thing.

Key Moment - I can't find the swimming challenge from last year, but here's this

People That Have Come Close To Winning A Challenge 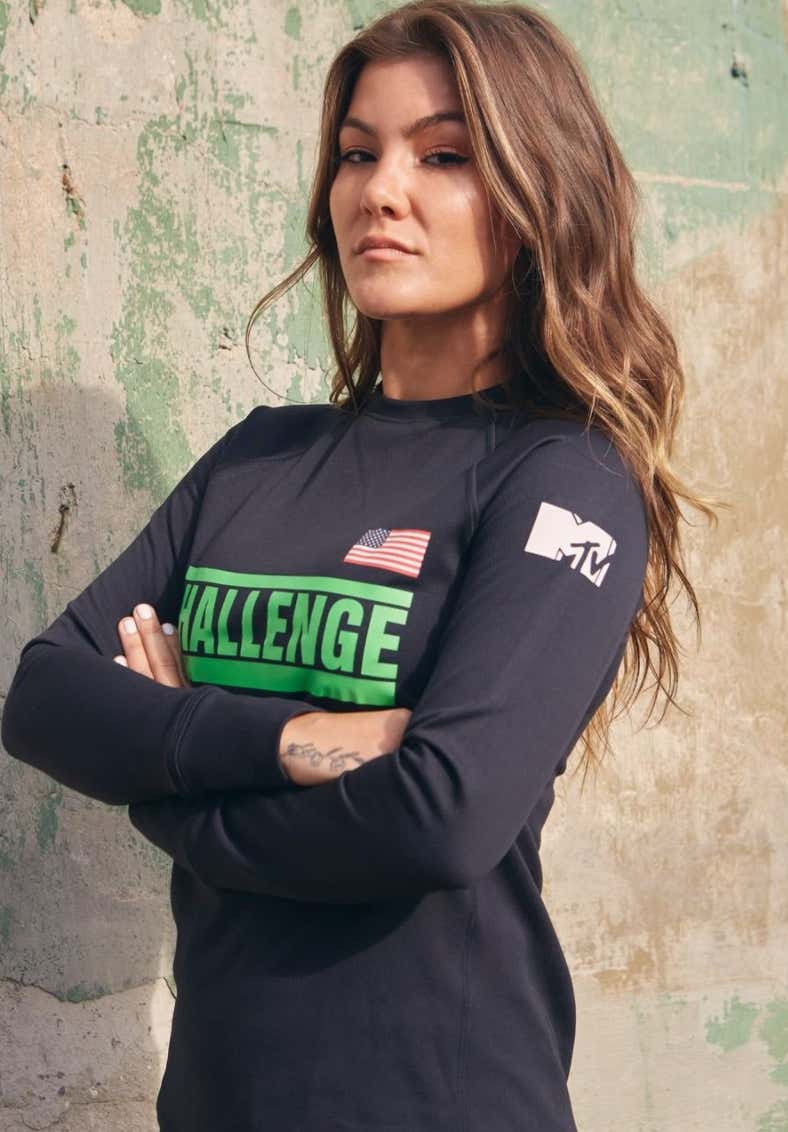 Tori's a monster and she has protection from arguably the best player in the game. It can be a blessing and a curse as more people seem to dislike her nowadays because of Jordan, but that's a good problem to have. 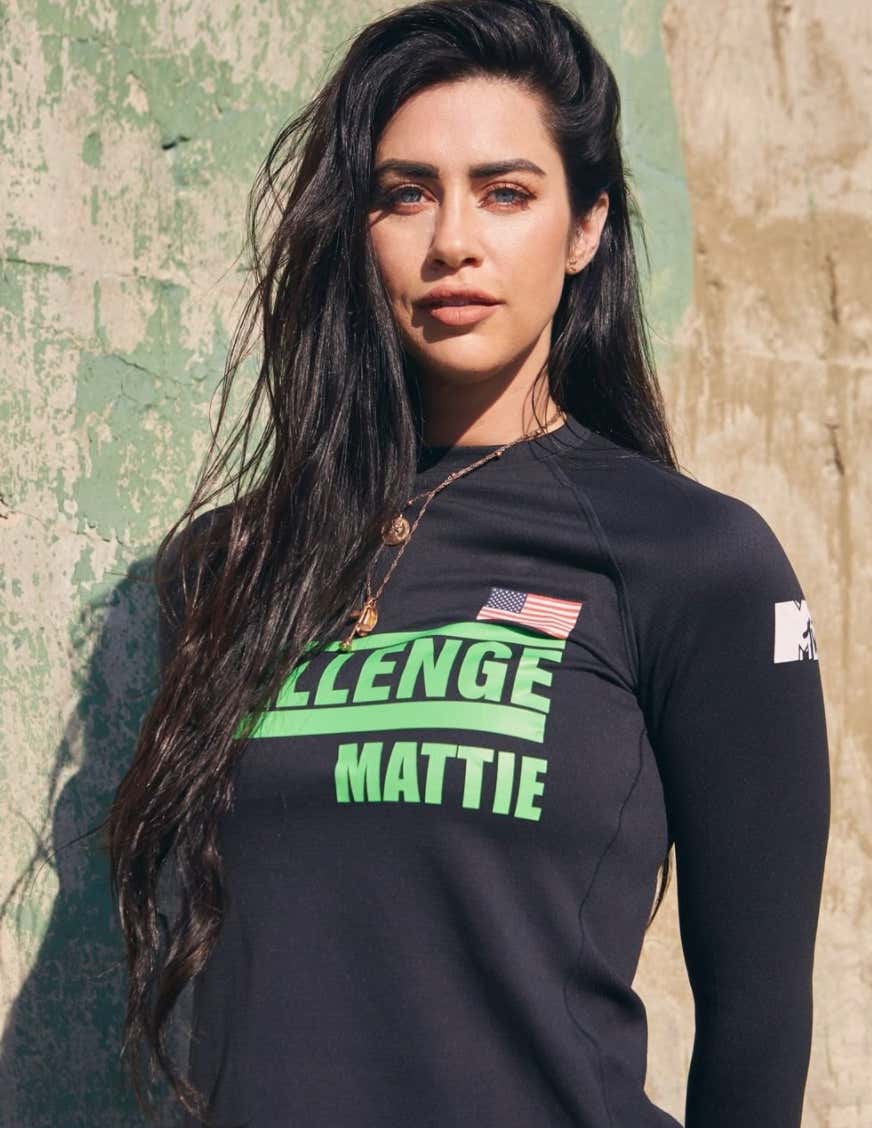 People are afraid of Maddie because of her stature. That helps her from not going in every time, but her quitting the final challenge a couple seasons ago is something that could come back to haunt her if a team element arises. 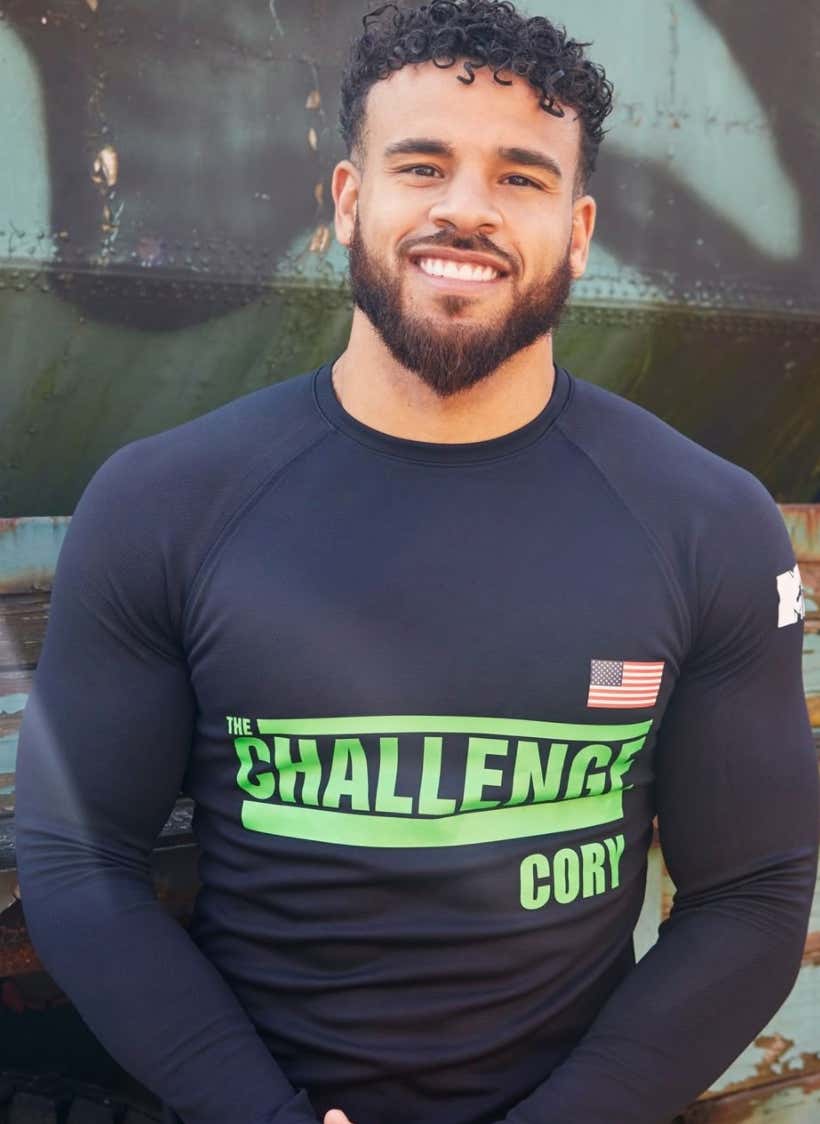 Let's call a spade a spade here - Cory's career has been wildly disappointing. None of his boys besides Nelson are on this season so I don't foresee things being any better this season either. He has took some time off though so maybe he comes back strong? 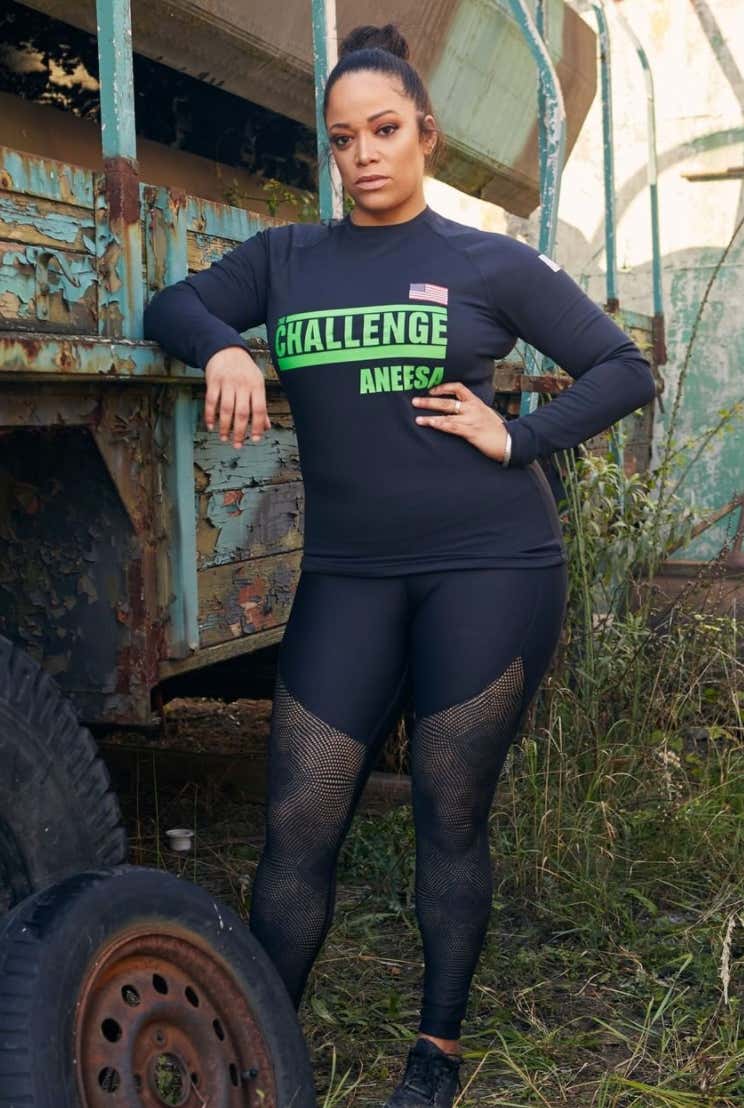 Let's be honest again here - Aneesa isn't winning shit. She'll do just enough to cause havoc/maybe win an elimination, but she is far from a threat to win the whole thing. HOWEVER, I'm happy she's back. She's been gone for a while and I'll never be mad when they mix old school people back in. 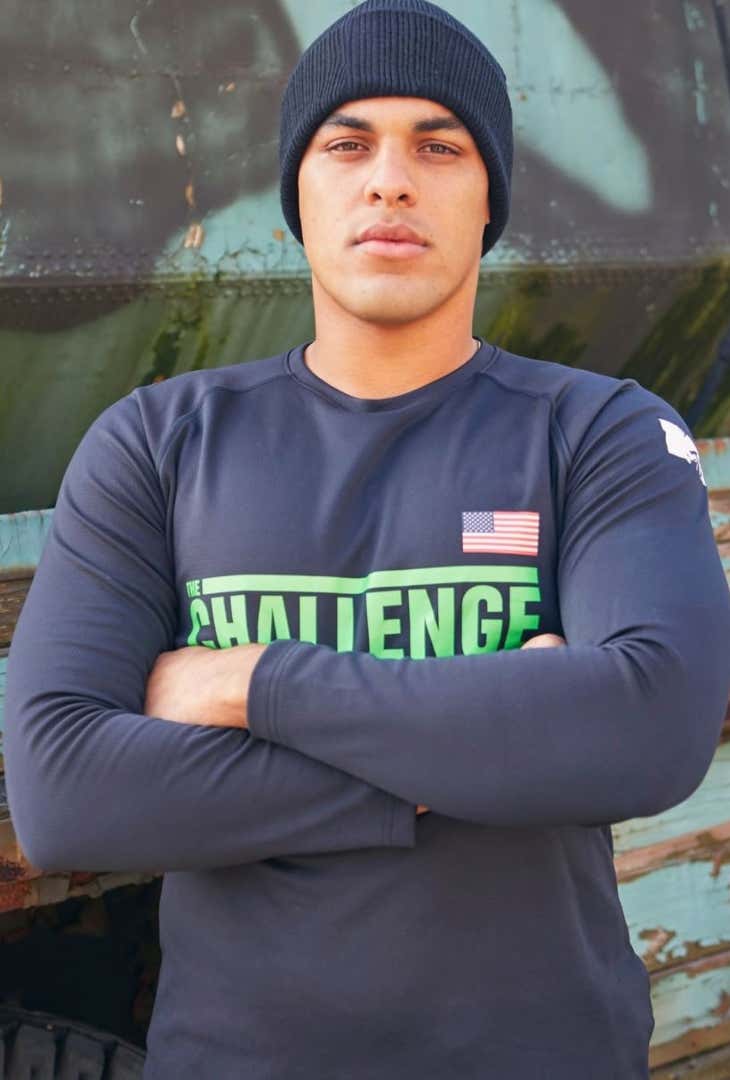 I'd say Josh is a pretty polarizing figure amongst people who watch The Challenge. You either hate him because he's kind of an oaf or you like him because you kinda view him as a lovable oaf. I appreciate that he went against the bullshit Paulie/Cara brigade last season so I kinda like him now. Solid competitor, but not the sharpest tool in the shed. 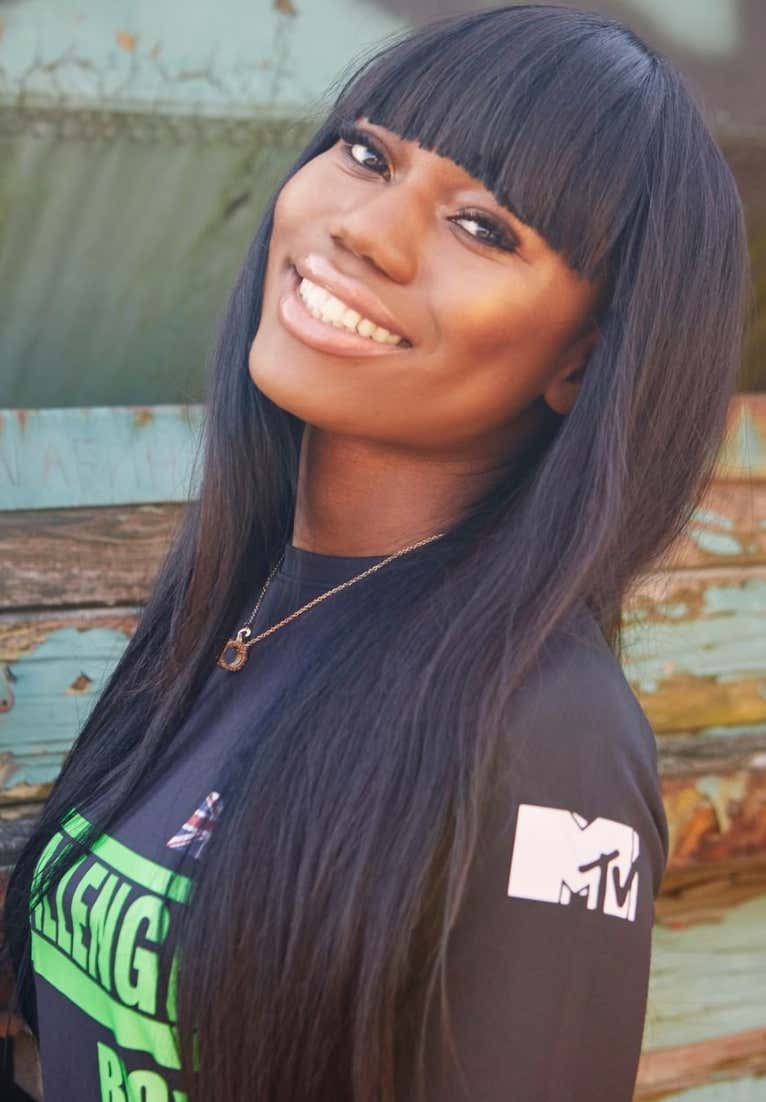 Not much to say. She's been on one Challenge and went home on the second episode even though she did well in the elimination. Not sure why The Challenge IG even put her in this category, but that's on them to figure out.

Key Moment - Her elimination vs Georgia, I guess? 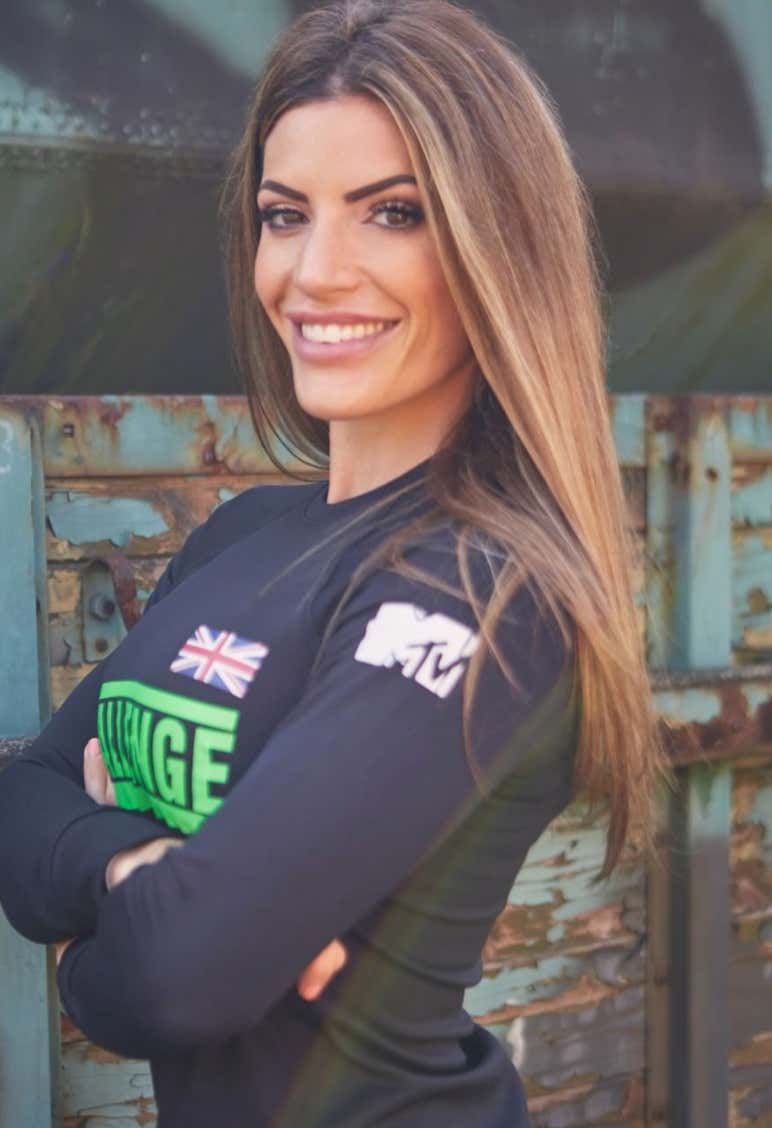 Jenny's very good. Crossfit yoked for days and has potential to be a dominating girl for years to come. It sucks that she was stuck on such a dumb team last year because that made it kind of hard to really tell what she's about. We'll see tonight, but I expect big things.

Key Moment - I guess this elimination that looked pretty tough 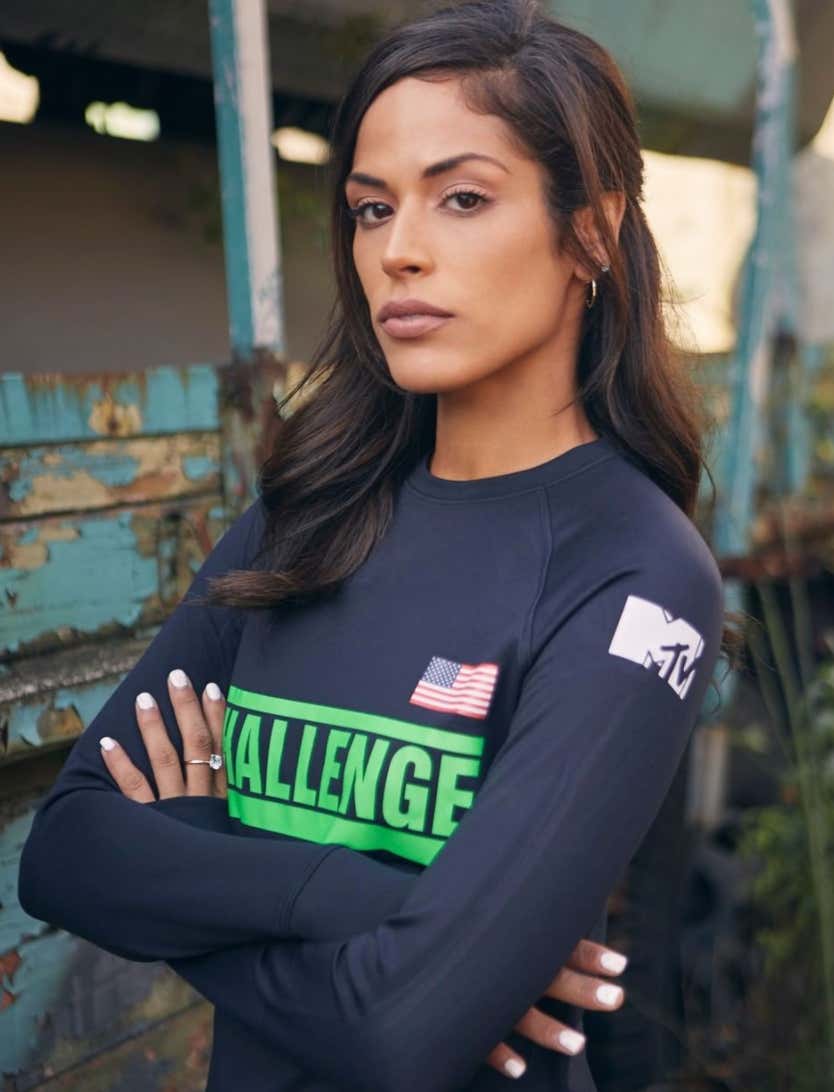 Nany is that mid-major school that everybody loves, but knows they have absolutely no shot. You know maybe they have a cool mascot and a fun head coach so you root for em to do well. She was a mainstay for a while and has been back for a couple challenges now, but if it couldn't happen last season with that big lead versus Ashley then it's just never going to. Regardless, she's great to have on the show and I hope I'm wrong.

Key Moment - Any of the clips where she gets fiesty 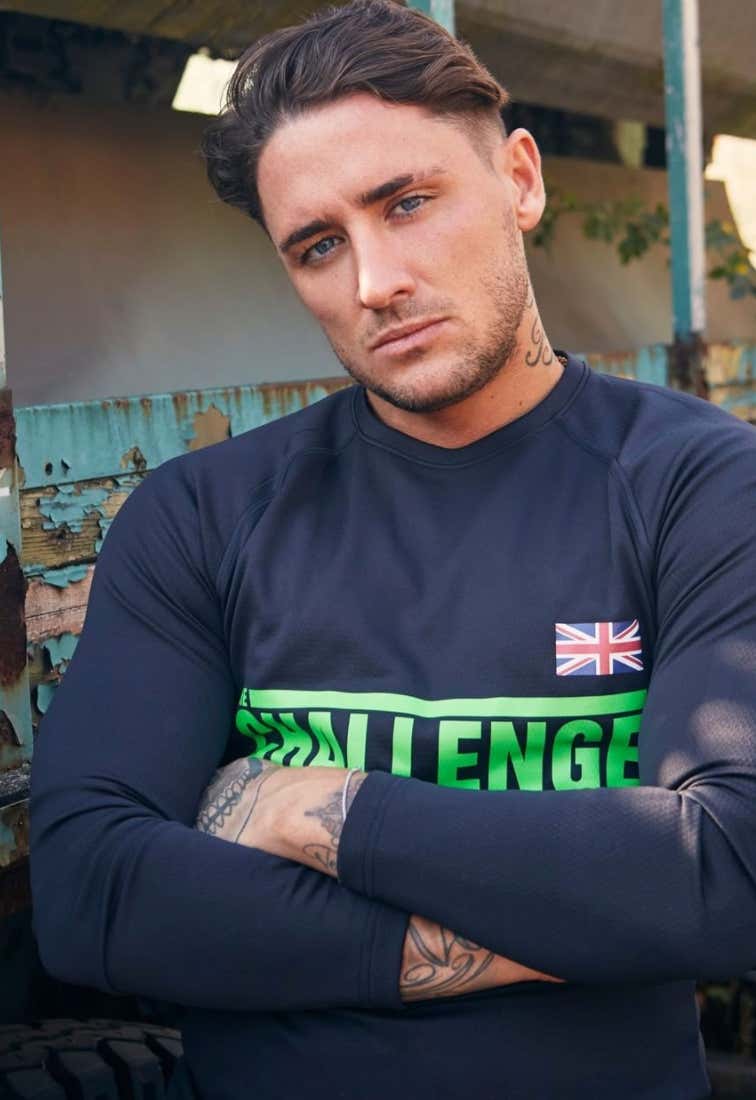 The modern day Puck. A guy so annoying that can make you say fuck whatever plans you had before because something has to be done with him before anything else takes place. A guy who also somehow pulls big time despite him being a madman. He's not bad competitively, but he will never stop pissing people off. 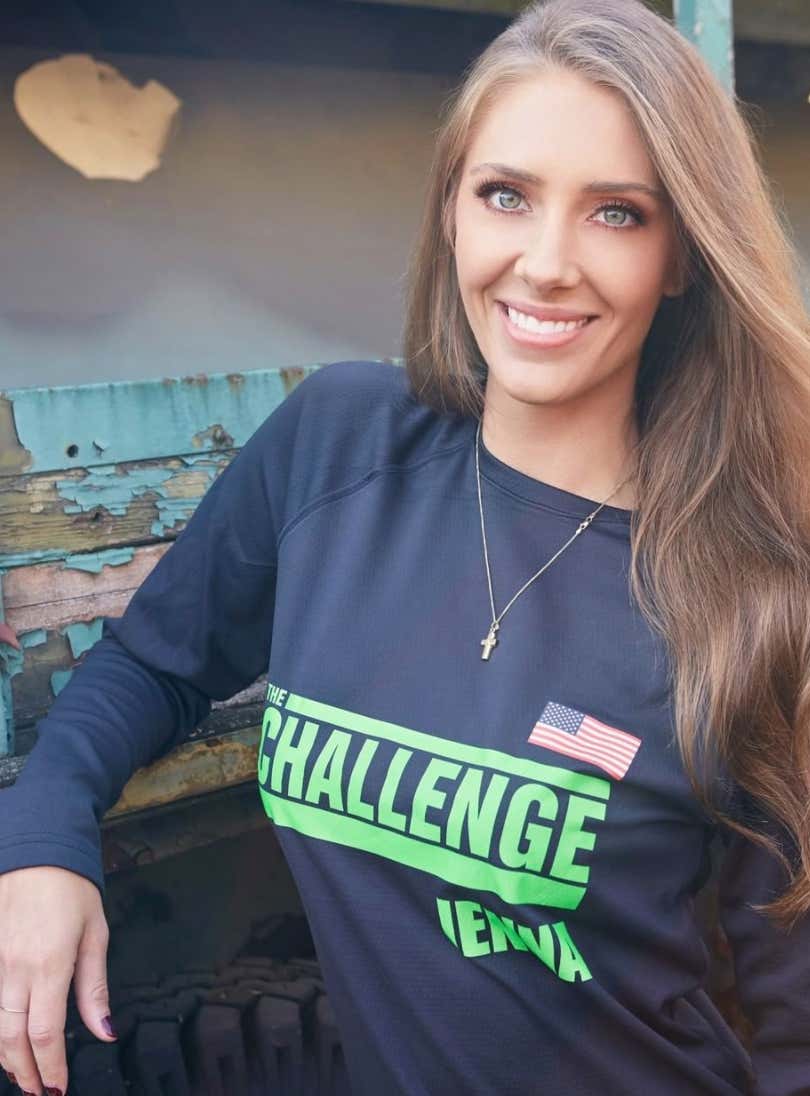 Everybody likes Jenna. She's your buddies girlfriend that you don't mind when she comes around even if it's starting to become a little too much. Nice, not annoying, and not a bad competitor. However, she just always seems to come up short and lacks the killer instinct. She has some good backing this time around and I'm rooting for her, but I'm still sketptical.

Key Moment - Her and Zach starting a relationship 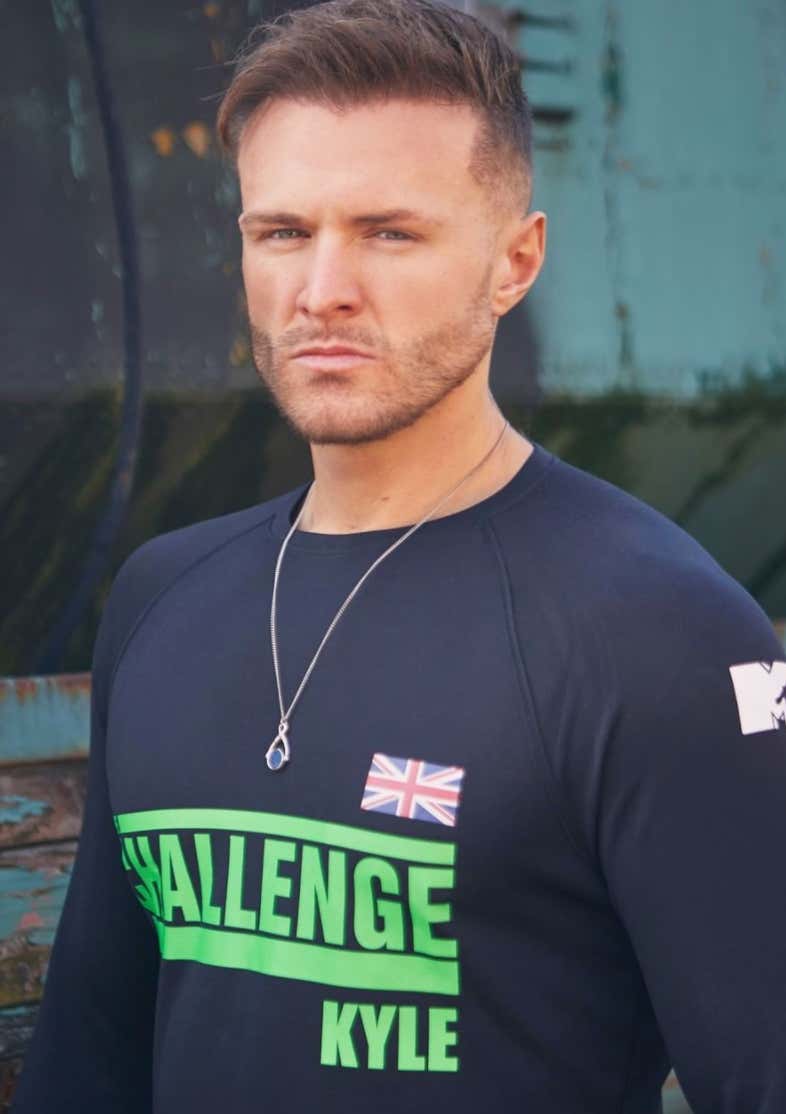 Kyle's probably the guy I've accepted the most as a mainstay out of all the people from the UK. He's entertaining enough and he will do what he has to to win. His kryptonite is his dick though and I don't think that's going away anytime soon for him. Let's take bets on who the new girl will be this season…

Key Moment - His relationship with Cara 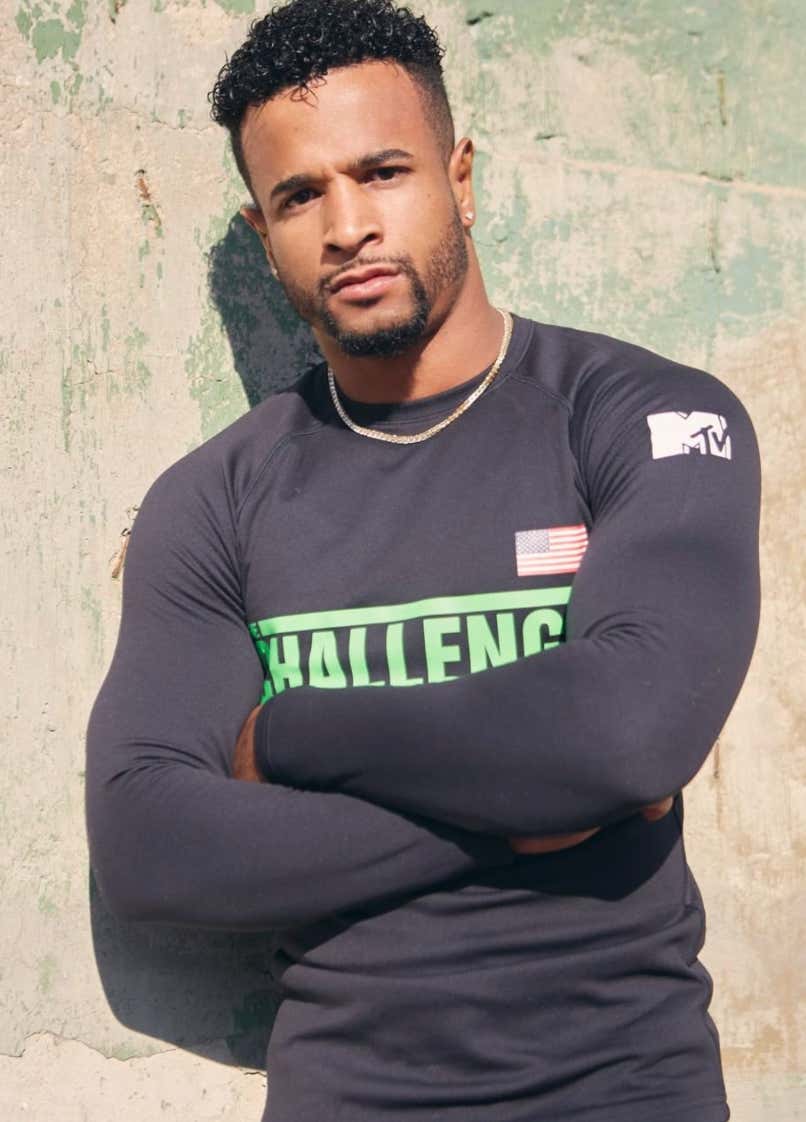 Pound for pound the biggest balloon head on the show. Just never makes sense, BUT is actually a very good competitor which saves him. If he had a lick of a political side he might be able to do some damage. I will say that even though he is a balloon head he's an entertaining one. Every show needs a balloon head. 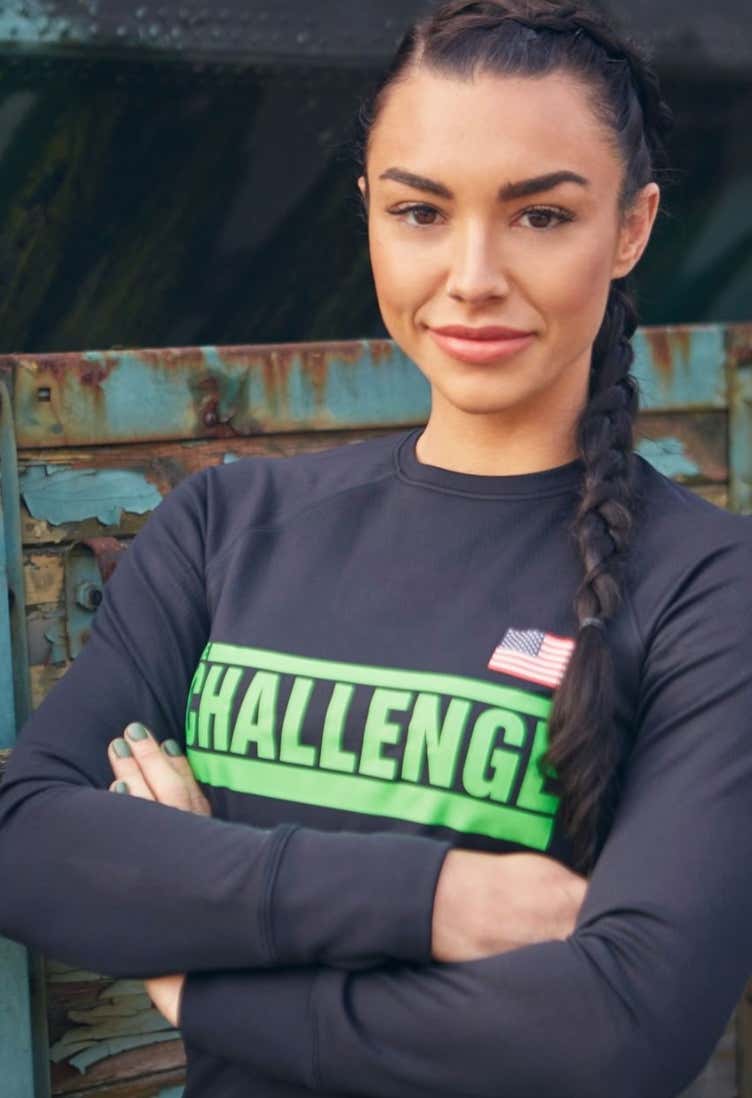 It sounds like single Kailah comes back this season which is huge for the viewers. She kinda toned it down there for a while because she had a serious boyfriend, but her at her core getting wild is what The Challenge needs. She's also pretty solid at the challenges, isn't afraid to make a big move, and has a decent amount of back up on her side it seems. Her feistiness always seems to do her in though. 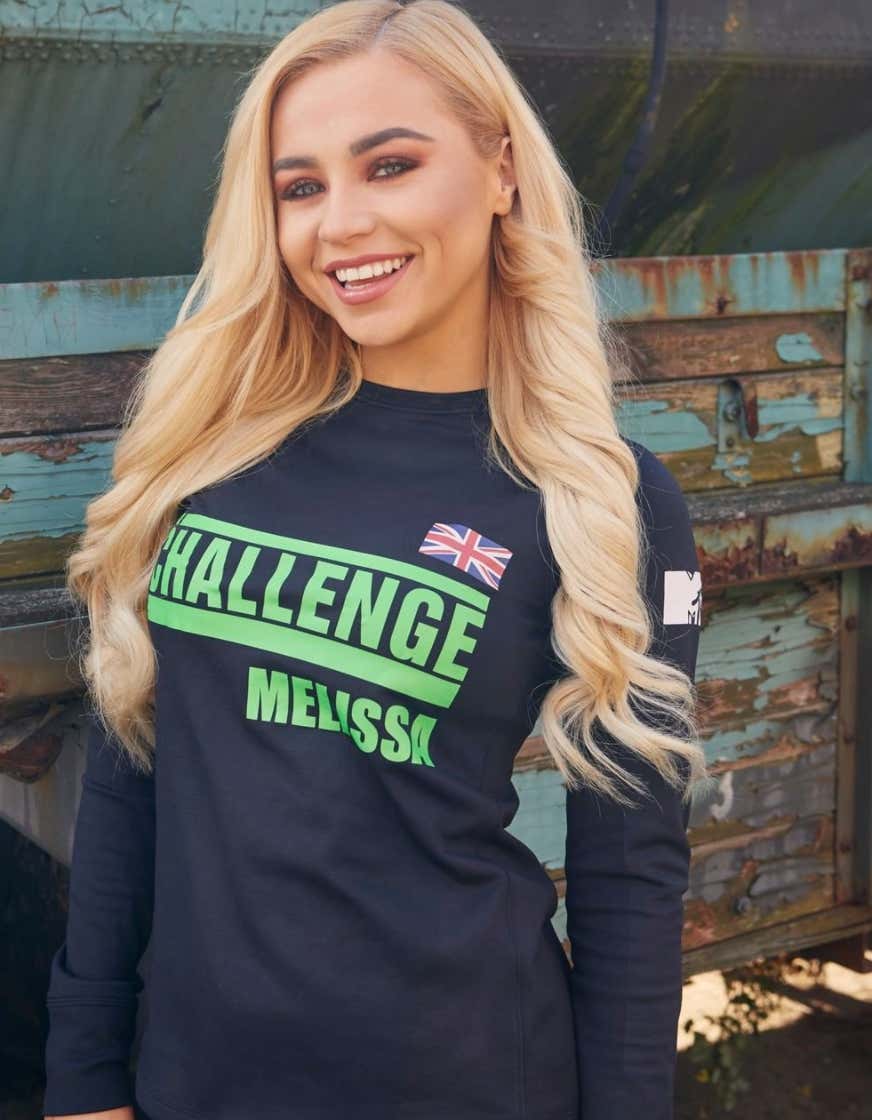 I love this chick. Feisty, competitive, and doesn't make a whole lot of sense. She hasn't been on the show much but when she is she's a firecracker. Very excited to see her back after being in one of the best eliminations i've ever seen a couple years ago. 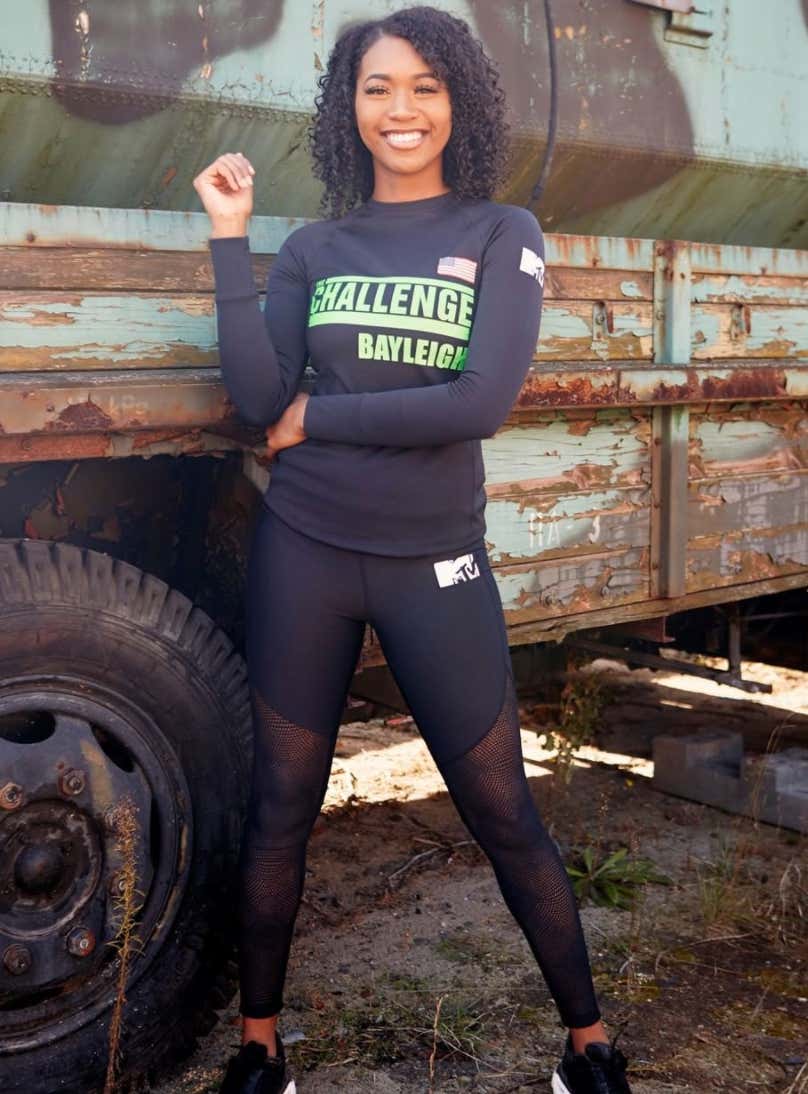 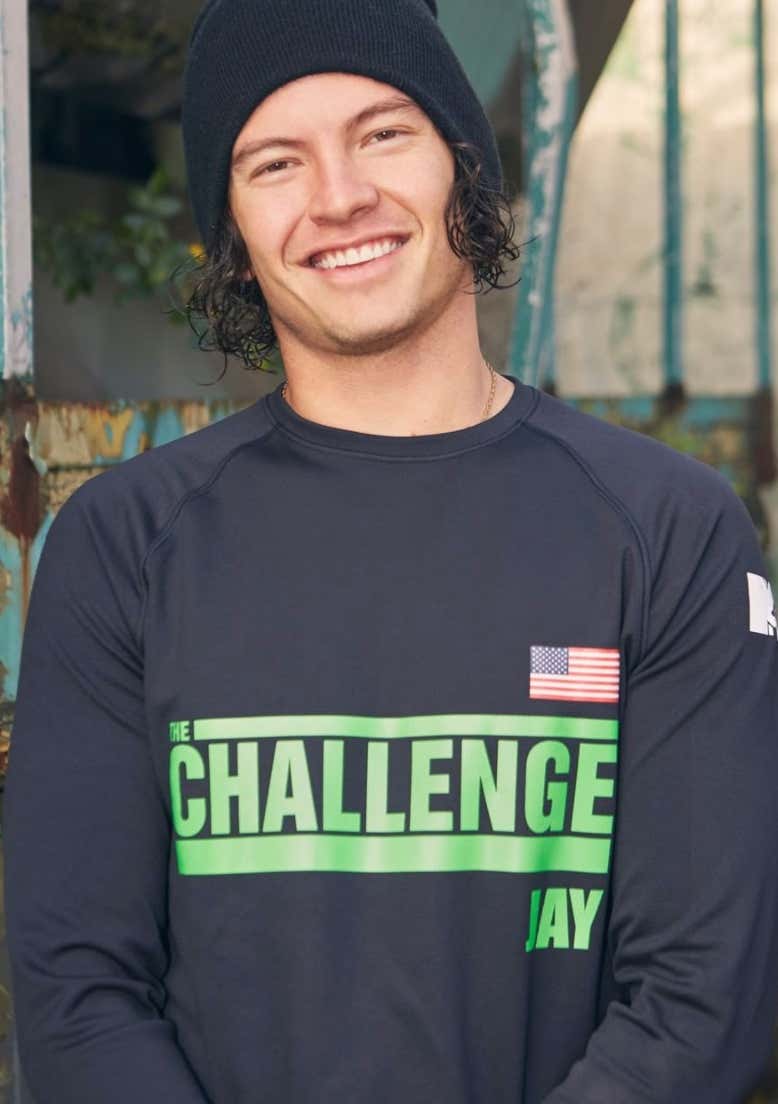 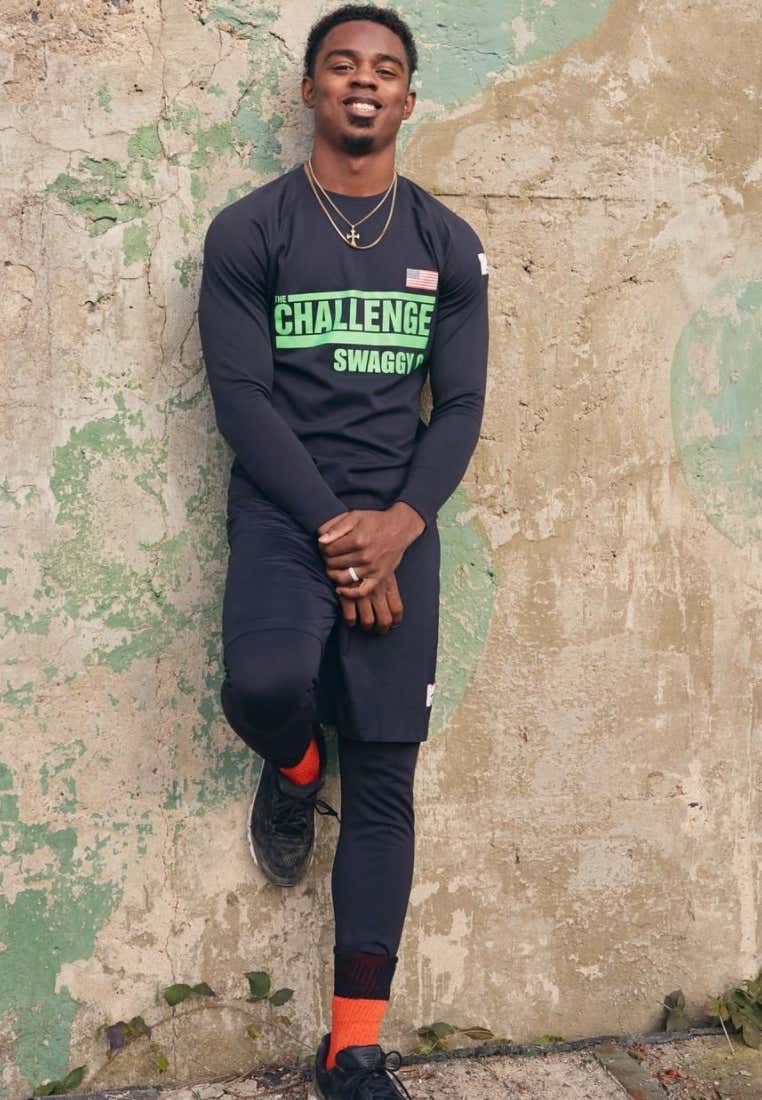 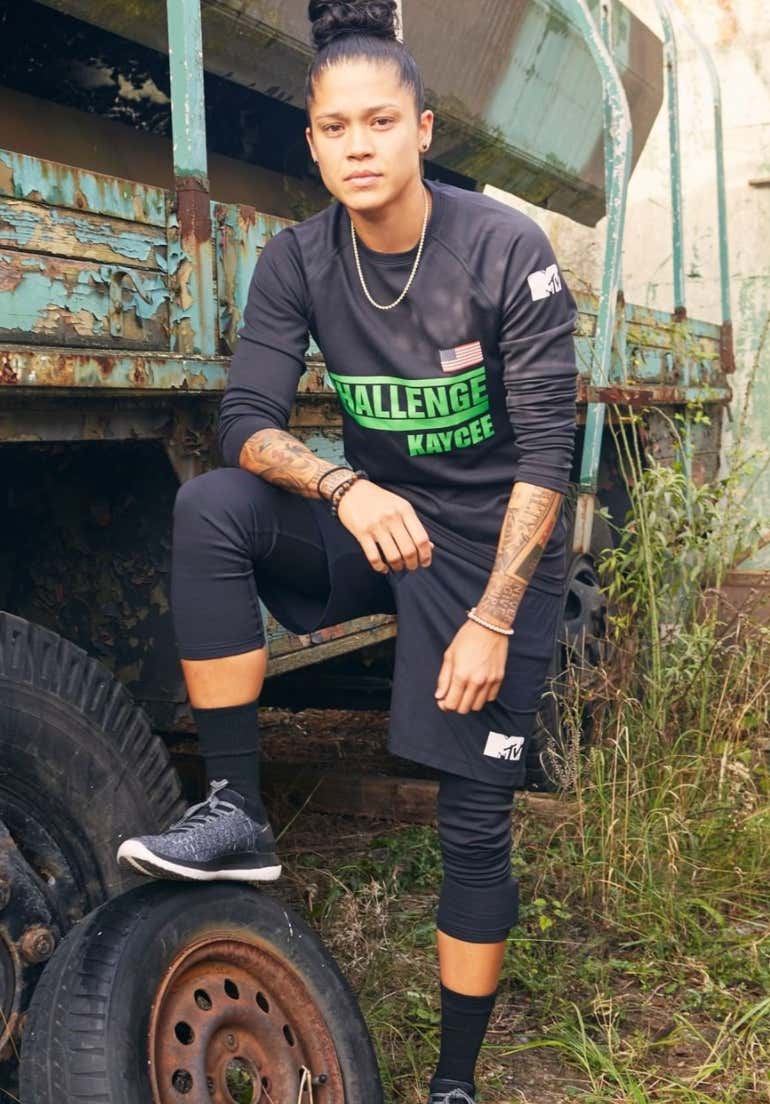 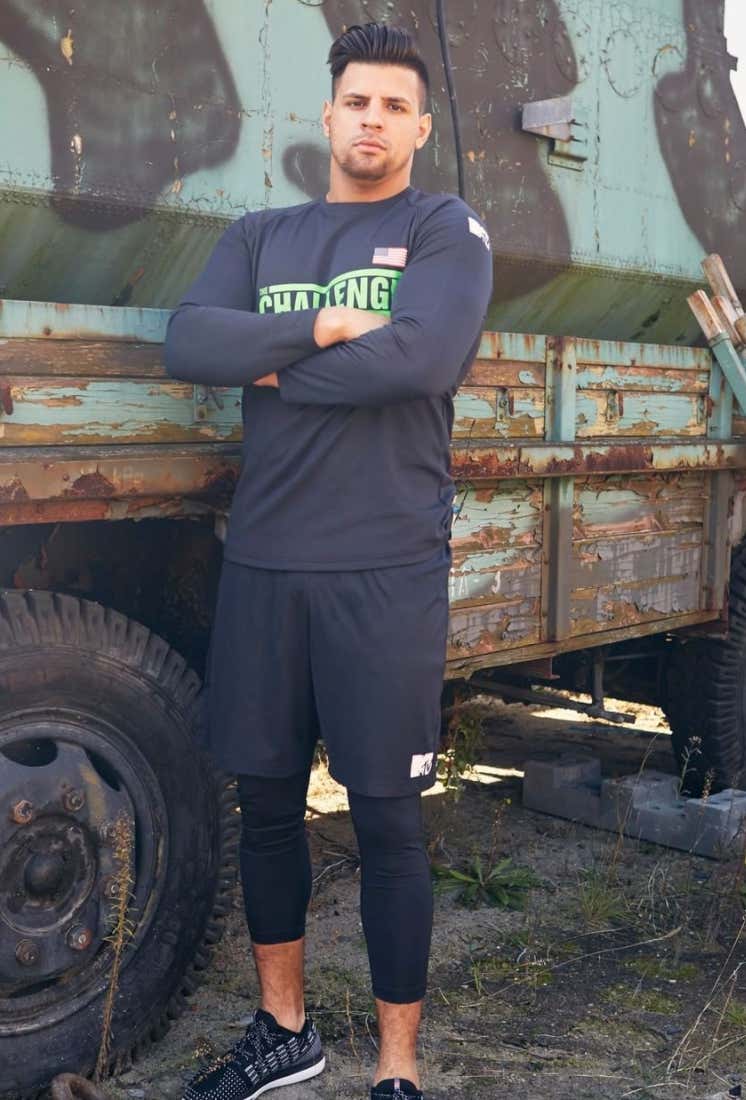 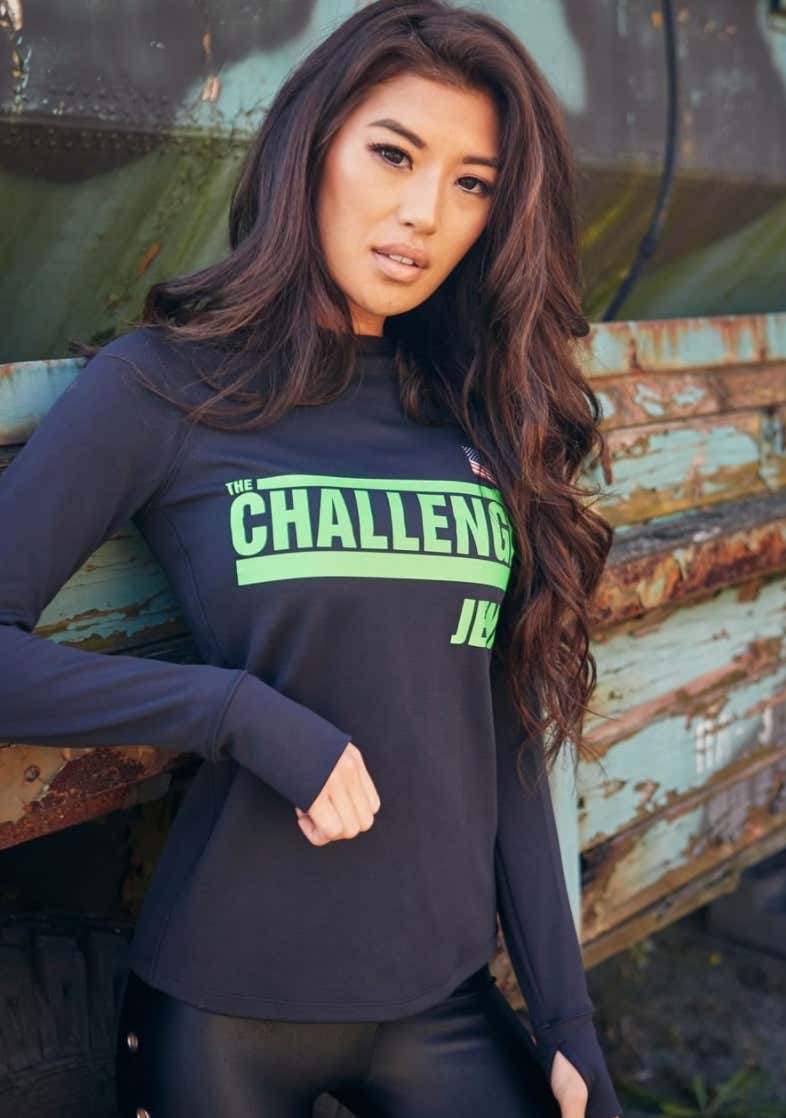 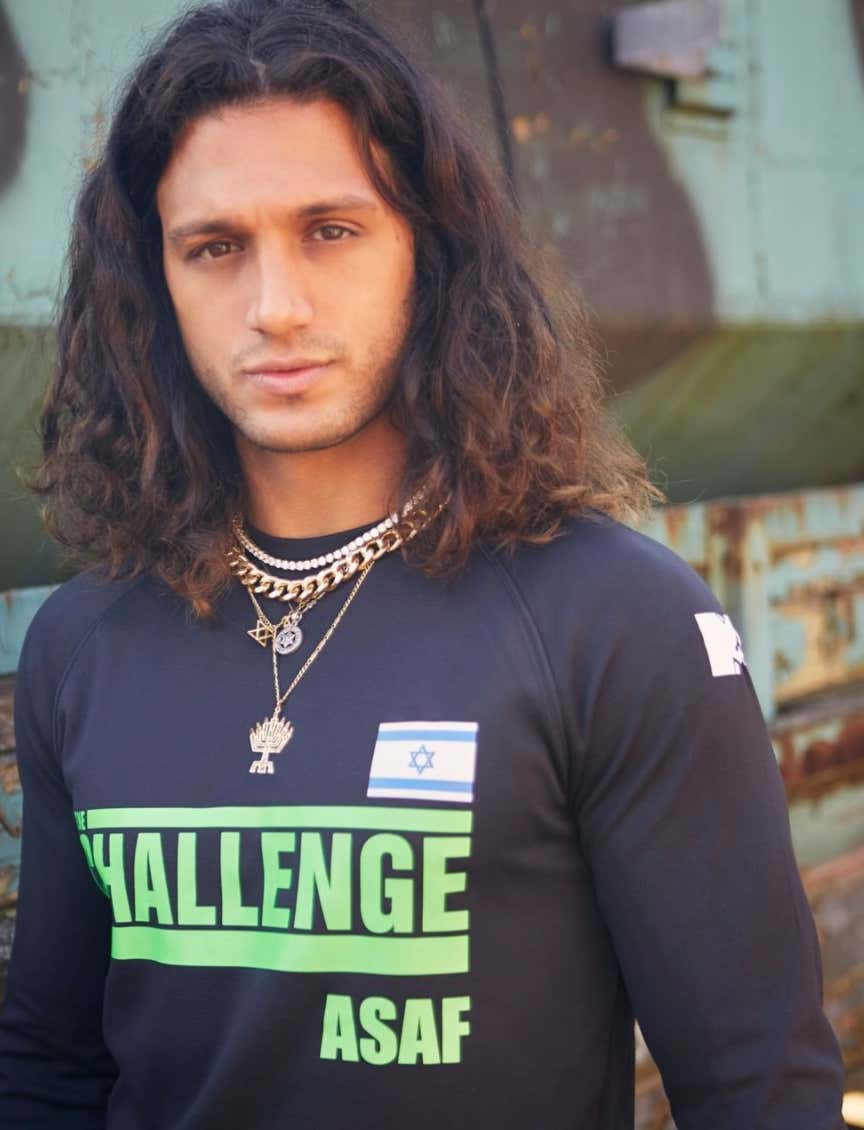 DOOOOOONT CARE. Hope you all get sent in every time.

Big night tonight. I'm sure a bunch of us will be tweeting along to it so shoot me a follow @EddieBarstool

See you all on the other side.