IT'S TIME TO PLAY BARSTOOL FEUD!!! GIVE IT UP FOR YOUR HOST, PFT COMMENTER! We got another good one for you today ladies and gentlemen

From the Chicago area, it's the Barstool Chicago family!

The boys are playing for the chance to win the right to blog for the other side.

Give me Chief! Give me Mark! Let's go! 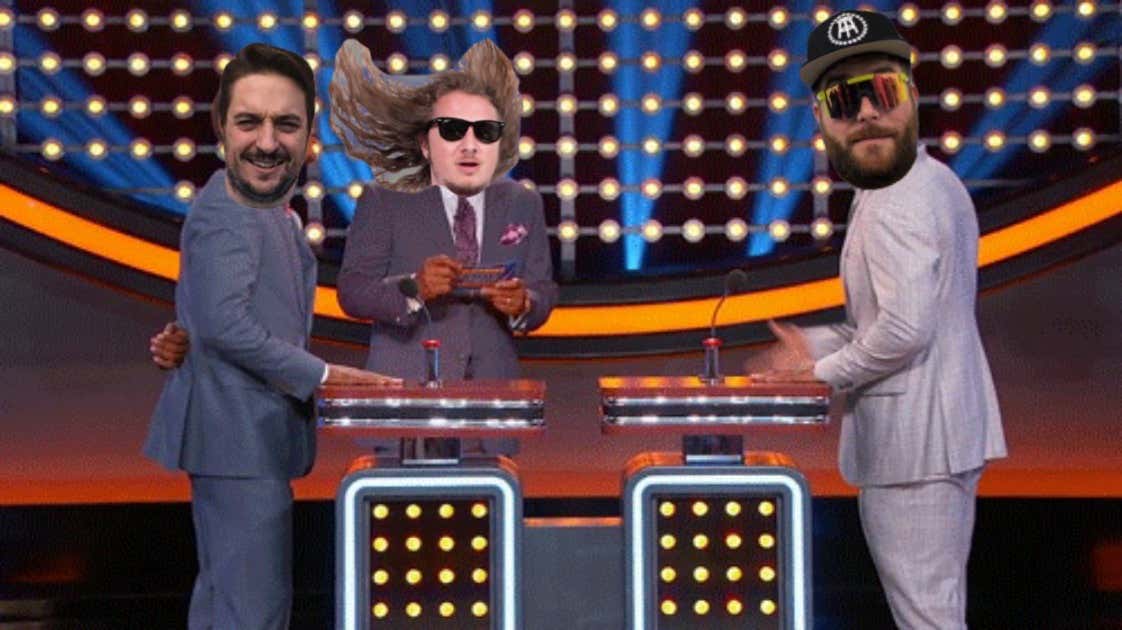 In an epic battle of the brains, sports pop culture and general knowledge were put to the test and a new king was crowned in the Barstool Trivia world.  The categories tonight consisted of Athletes with scandals, months of the year with the most babies born, the last person you'd want to walk in on you in the bedroom, and the leaders of WWII.

Hard Factor Mark and Barstool Chief kicked things for us and Mark was quick to the draw and even quicker to the wrong answer. Athlete scandals was the topic of round 1, and Barstool Chicago took over and shut out the Hard Factor crew even though WSD received an X after ruthlessly guessing Kobe Bryant.  Round 2 brought some excitement as Hard Factor Will faced off against Eddie Barstool resulting in an unprecedented double buzzer, with both teams giving a wrong answer.  The round went back and forth but ended with another Barstool Chicago victory. Worst guess of the night came in this round when Hard Factor Wes guessed February the shortest month of the year by far, as a month that had the most births.  With their backs against the wall after a pitiful round 2, Hard Factor Pat took the podium against Barstool Carl and led his family to a crushing victory.  Bringing the Hard Factor score from 0 points on the board to a commanding 264.  In the final round, our hosts had their livelihoods tested and put their heads together to name more leaders of WWII correctly.  Hard Factor Wes squared off against White Sox Dave to start, and after winning the right to play, WSD showed he's the host of the wrong show displaying impeccable knowledge of WWII leaders. Unfortunately for Barstool Chicago, it was too little too late.

The @BarstoolNewsN family may have got off to a slow start but eventually, they got the juices flowing and prevailed over the guys of @BarstoolChicago!

THEY COMING BACK TO TAKE ON THE @BUSSINWTB CREW ON ANOTHER EPISODE OF BARSTOOL FEUD... I'LL SEE YA NEXT TIME!

Watch the full replay below (skip to minute 4:00 where the audio kicks in and game begins), and stay tuned for more episodes to come!