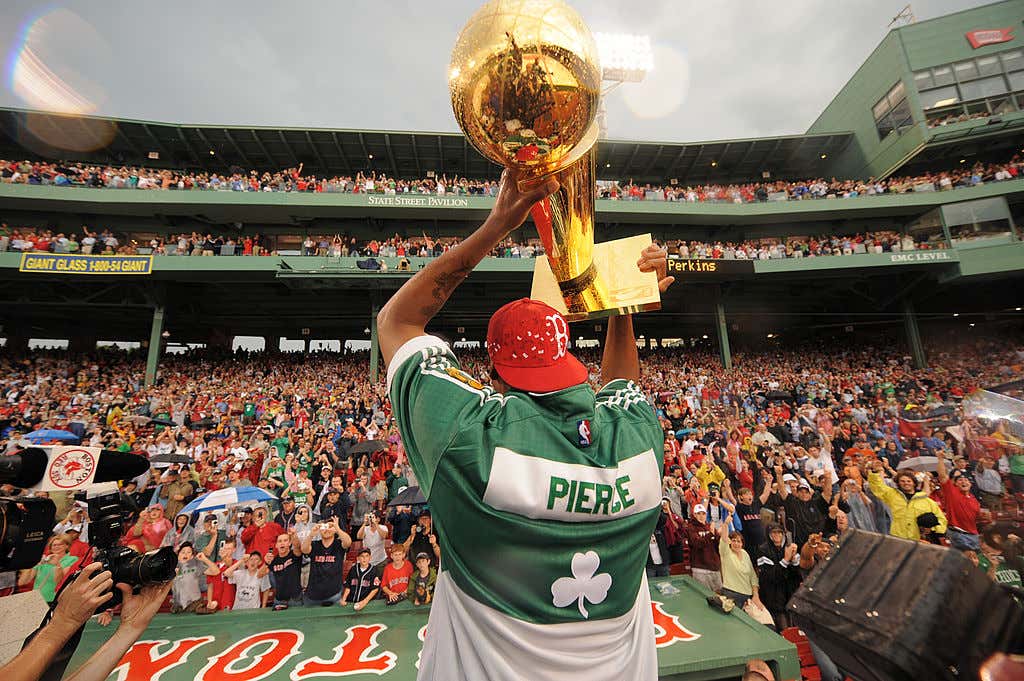 My heart goes out to die hard baseball fans everywhere who were robbed of Opening Day today. Welcome to the suffering club, nice to have you. Today is usually a day filled with hope and promise, where everyone thinks this will be the year their favorite team wins the World Series. Few things slap harder than day baseball if you're into that sorta thing so today is a tough day for the seamheads out there. Now maybe you're a Red Sox fan in which you aren't all that thrilled about the pending season given everything that went down during the offseason. I can only think of how Carrabis is doing in these trying times, hope he's doing alright.

That's why on a day like today, we massholes need something to lift our spirits. We need to take our brains back to a more positive time, so why not 2008? Remember when the Celtics had finally ended their title drought and were honored at Fenway? Sure it didn't all go down on Opening Day but it was still awesome

The Sox had won the World Series the season before and would win 95 games that year, we won't talk about what happened with the Pats, the Bruins were good, honestly it was a pretty great time in the city in terms of the four major teams. Despite all the rain nobody cared. Looking back at pictures from that day it brings me so much joy. Paul Pierce threw out the first pitch and honestly it wasn't all that bad

Who knows, maybe if the NBA ever comes back and baseball eventually starts we'll get another moment like this. You don't know. Giving the Celts a billion months off to get healthy tells my brain anything can happen. They basically never lose fully healthy.

Did I just write this entire blog so I could drop in the 2007-08 documentary of the Celts title run? You bet your ass I did because why the hell not