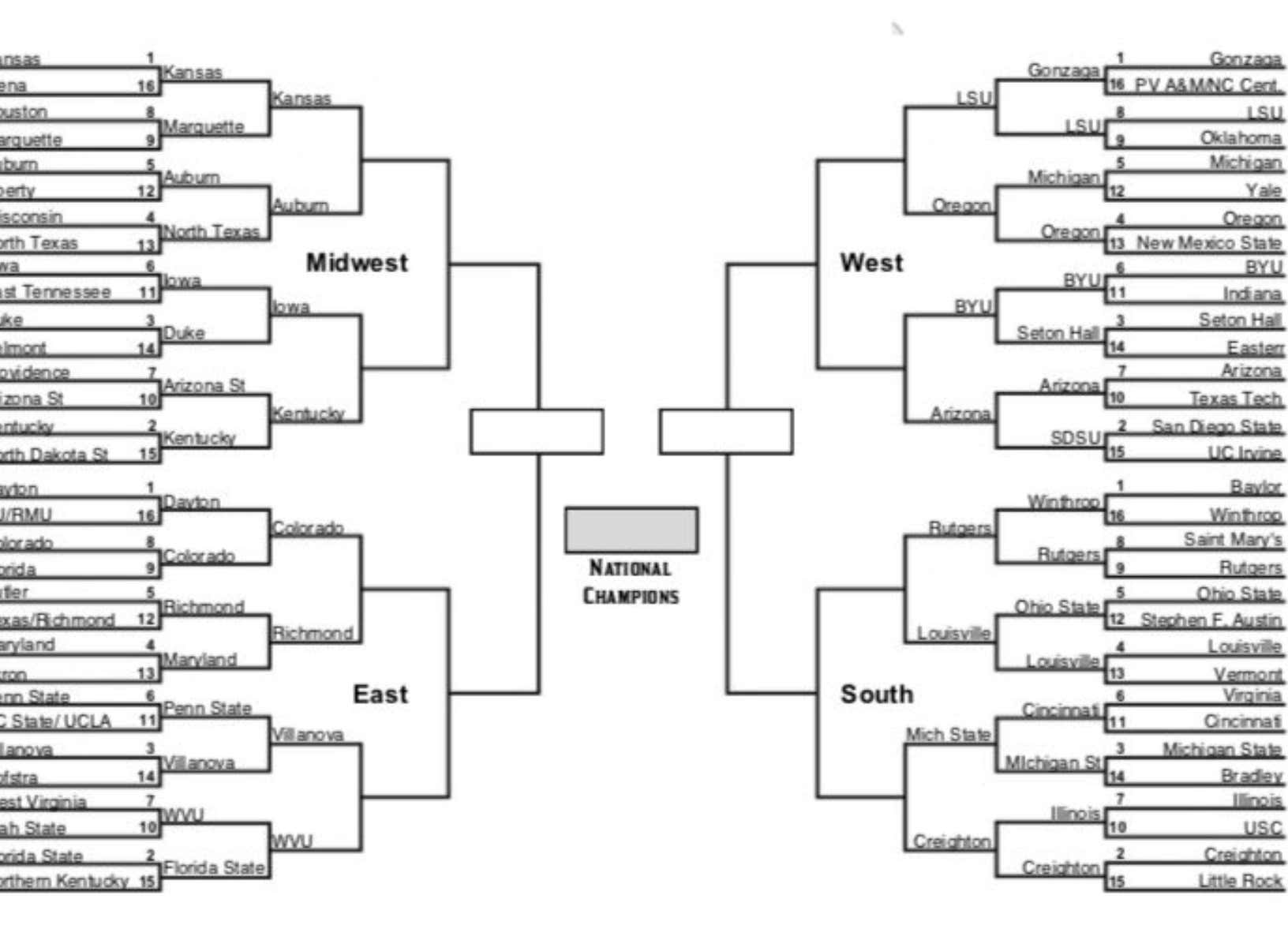 So we don't have the NCAA Tournament. Well, at least not on our TV. But we have it here on Barstool. Thanks to WhatIfSports we have a website that will simulate these games for us. Every day that we're supposed to have games we'll have simulations for that round. Today we start with half of the Sweet 16, tomorrow we'll finish it up, etc. For the sake of simplicity I'm using Lunardi's bracket.

Reminder, this is all being simulated on WhatIfSports. They play the game on a neutral court, spit out play by play, box scores and an overall score. I'm not picking anything, etc. This is all computer simulated to determine a fake champion. Get your picks in now.

Saturday Round of 32 Games

Sunday Round of 32 Games

Before we get started, let's set the scene here. It's Thursday. You're darting your eyes all over the place staying up to date with Opening Day and then the Sweet 16. It feels a bit different though. A week ago you get overwhelmed with day time hoops. That's gone. You spend all day nervous for your bets, picks, your team, etc. You just need to get to that first tip, which is always at a weird time. Hit the music 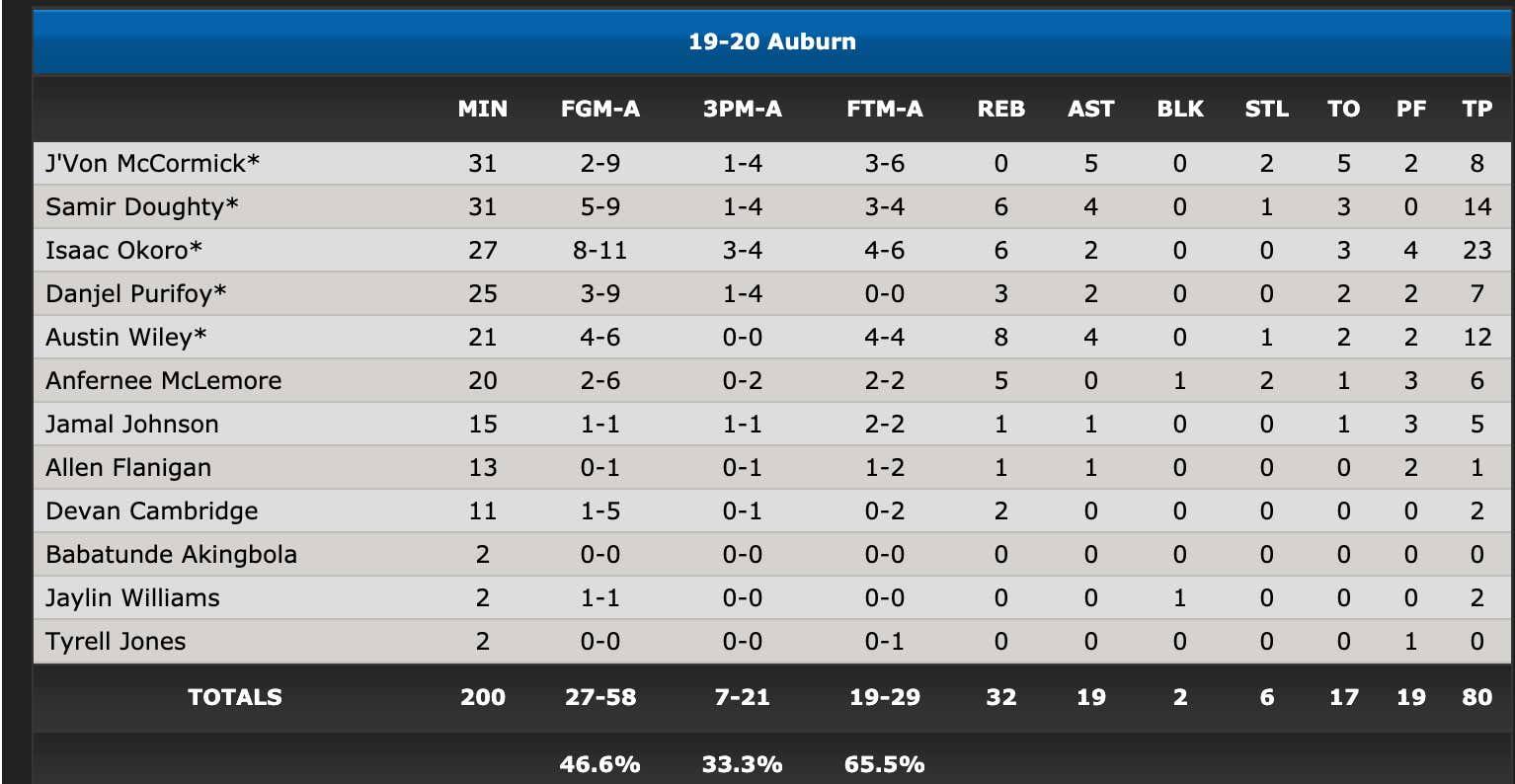 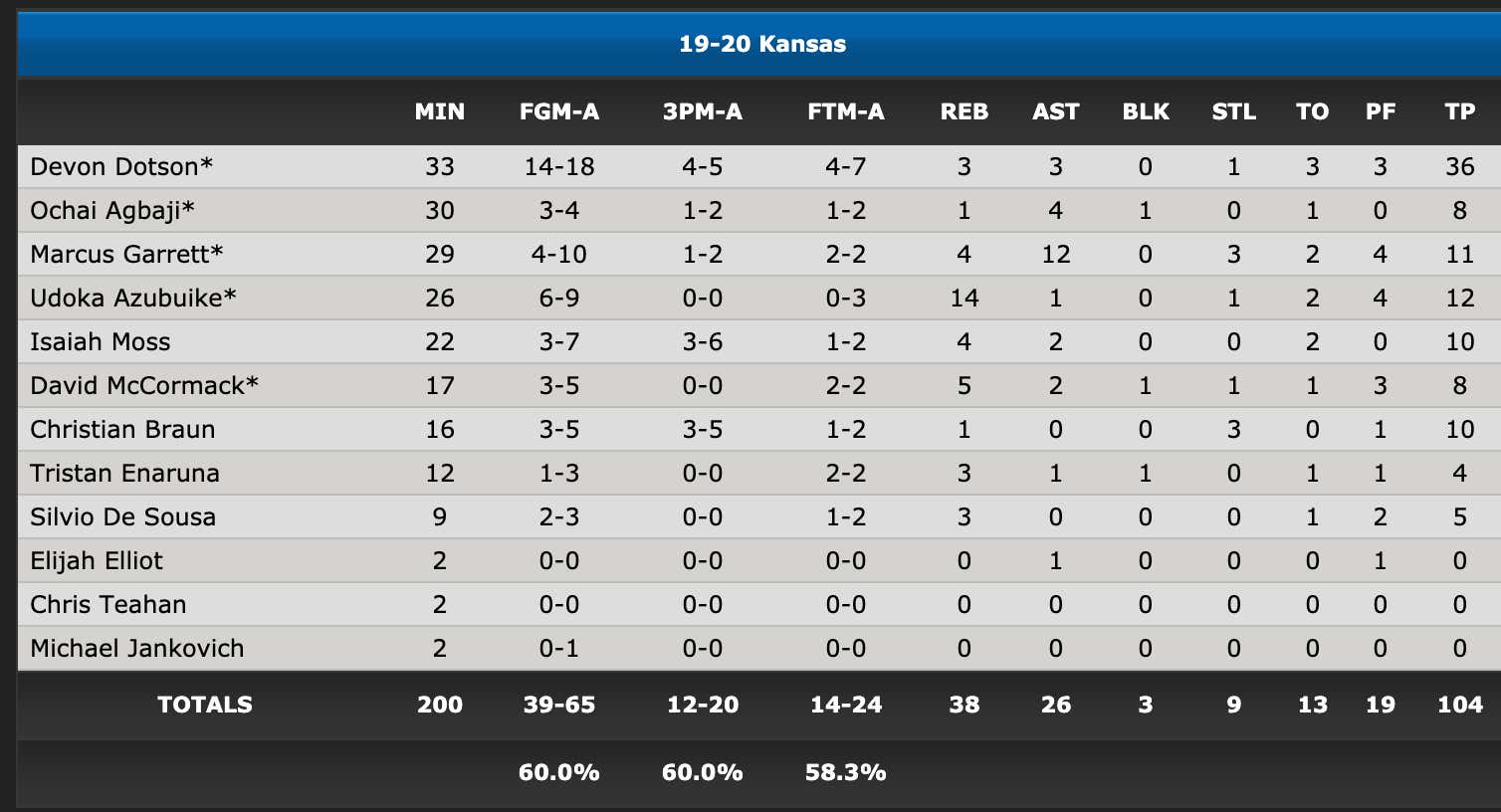 Yeah, you know what? This just feels right. Devon Dotson was sneaky the best player on Kansas even though Doke got all the praise. He drops 36 right in Auburn's face. Auburn was weird this year. They played like they did last year - pressing, trying to push tempo, shooting a bunch of threes. The difference this year? They didn't really force turnovers and they didn't shoot the ball well. Kansas entered the tournament as favorites +600. Coming into the Sweet 16 they were still relatively heavy favorites, especially after all the upsets. They move on with ease. 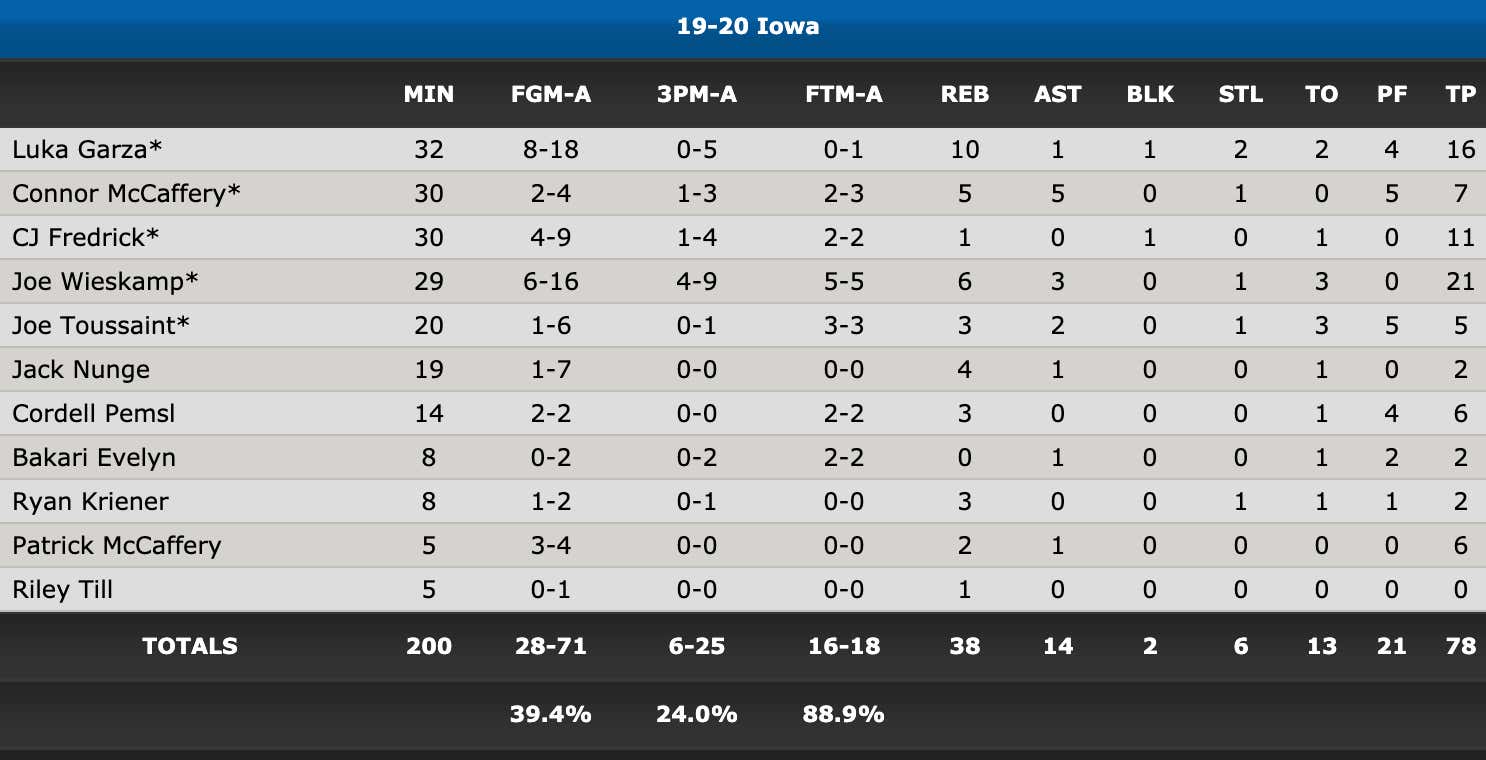 Sorry Trent. Not sorry comment section and Twitter. Kentucky is in the Elite 8. In an alternate universe, this is the matchup I dream of Kentucky having in the Sweet 16. No, not because Iowa struggles defensively and Kentucky matches up pretty perfectly against Iowa but rather the fact Trent would be the most kind person if Iowa pulled the upset. This box score makes perfect sense too. Quickley leading the way for Kentucky. Balanced attack the entire way around with the big 4 in double digits. Kentucky also making a bunch of free throws. That's how the year has been. We now get Kentucky/Kansas in a big time Elite 8.

What the hell is going on out here? LSU is in the Elite 8? Oregon is blowing a massive lead to an LSU team that kinda stinks besides attacking the glass. I'm just a guy putting the teams in a simulation, so let's check the play by play here. Ohhh! We go to OT thanks to a Pritchard jumper at the buzzer:

This sums up this year though perfectly. It was complete mayhem. Kansas was the favorite, but after that people were talking themselves into like 11 other teams. Oregon was one of those teams. I was ready to put them in the Final Four no matter what. Dana Altman always wins in the NCAA Tournament, Pritchard was a unanimous All-American, it all made sense. I guess this is just LSU a year later since Will Wade couldn't coach last year. 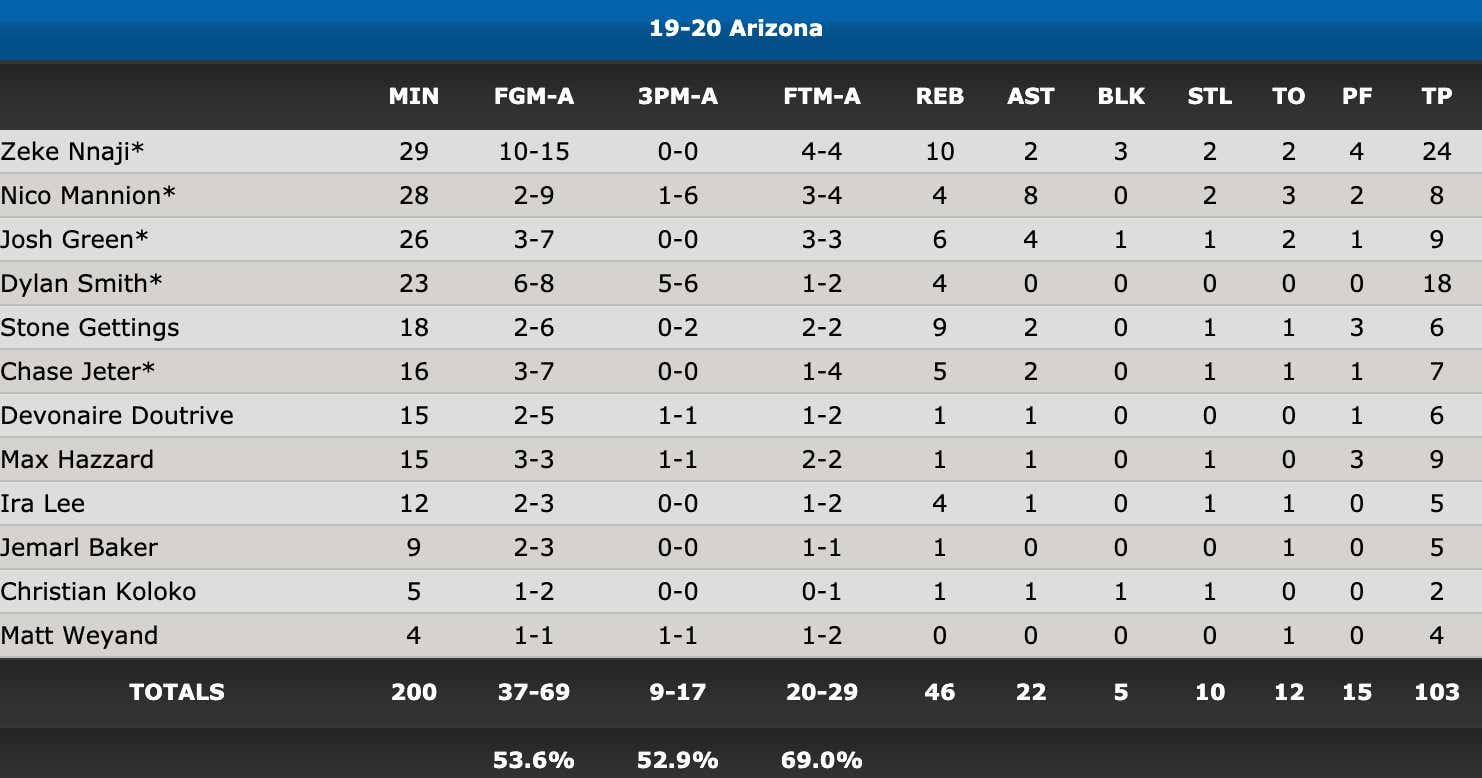 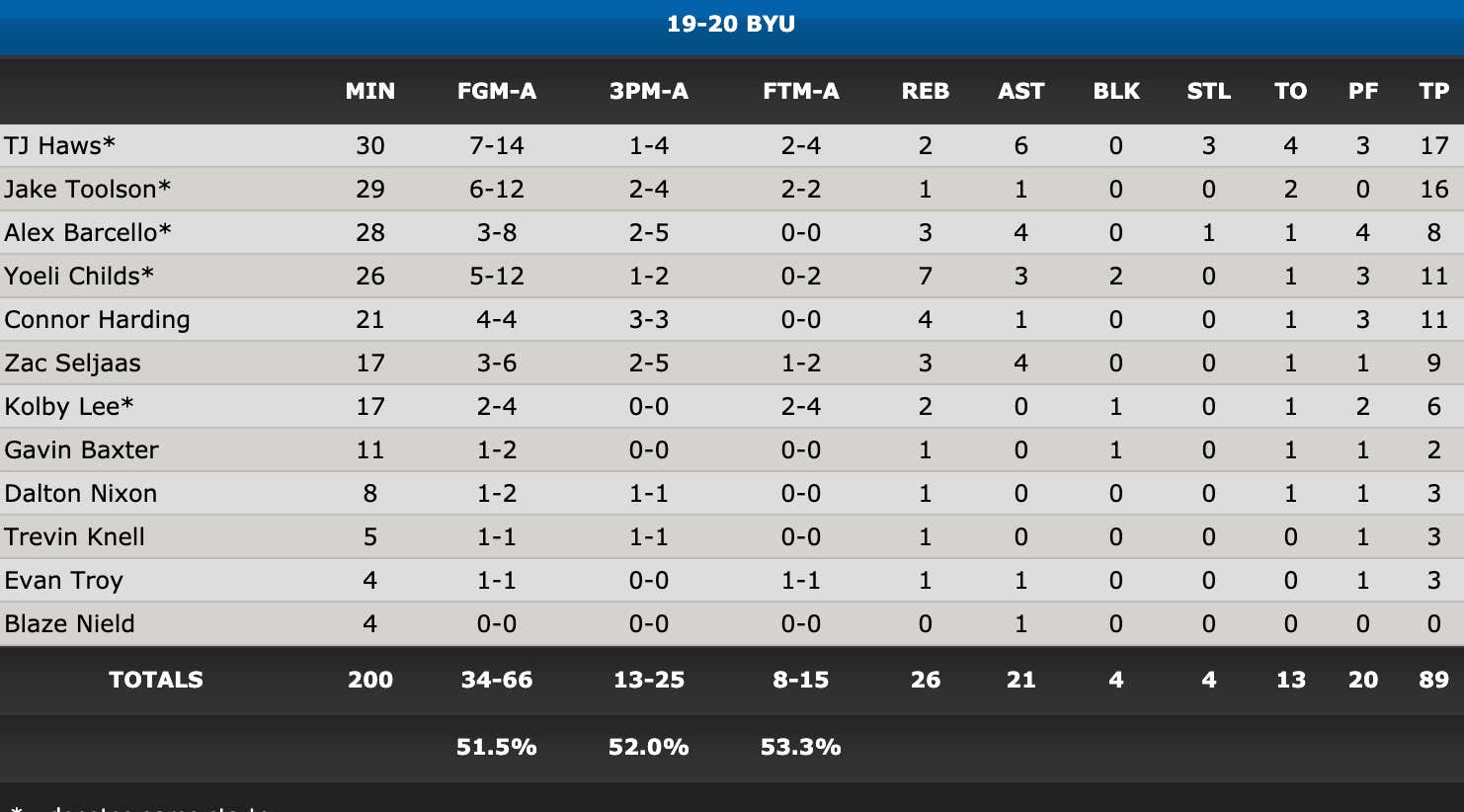 Oh hell yeah. Arizona moves to the Elite 8 and gives us an old person's nightmare with Will Wade vs Sean Miller. Arguably the two biggest faces in this FBI investigation into college hoops. I've said it before, but I just don't care about kids getting money to go to LSU or Arizona (allegedly) or whatever. But there would 100% be some terrible columns about how this is a disgrace to the NCAA that Wade is coaching vs Miller and I'd love it. This Arizona team was weird too. Computer numbers loved them - top-20 in NET and KenPom. But they always seemed to lose big games. They had a ton of talent obviously - led by Nnaji and Nico Mannion. We also get all the talk about whether or not Sean Miller can finally get to a Final Four again. Hope we get more of this: 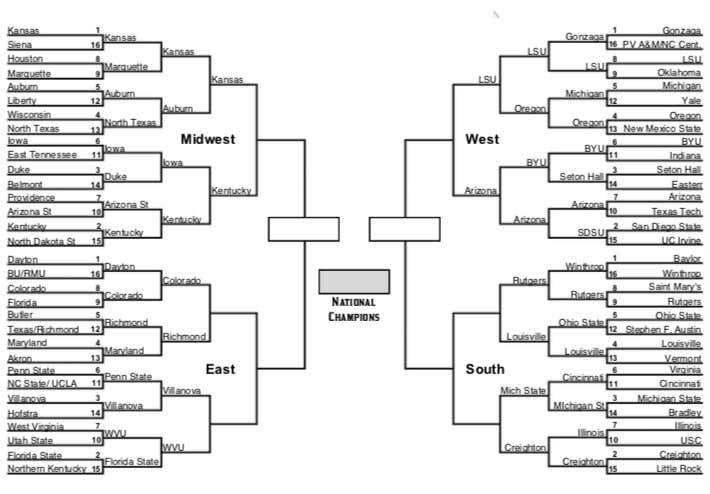