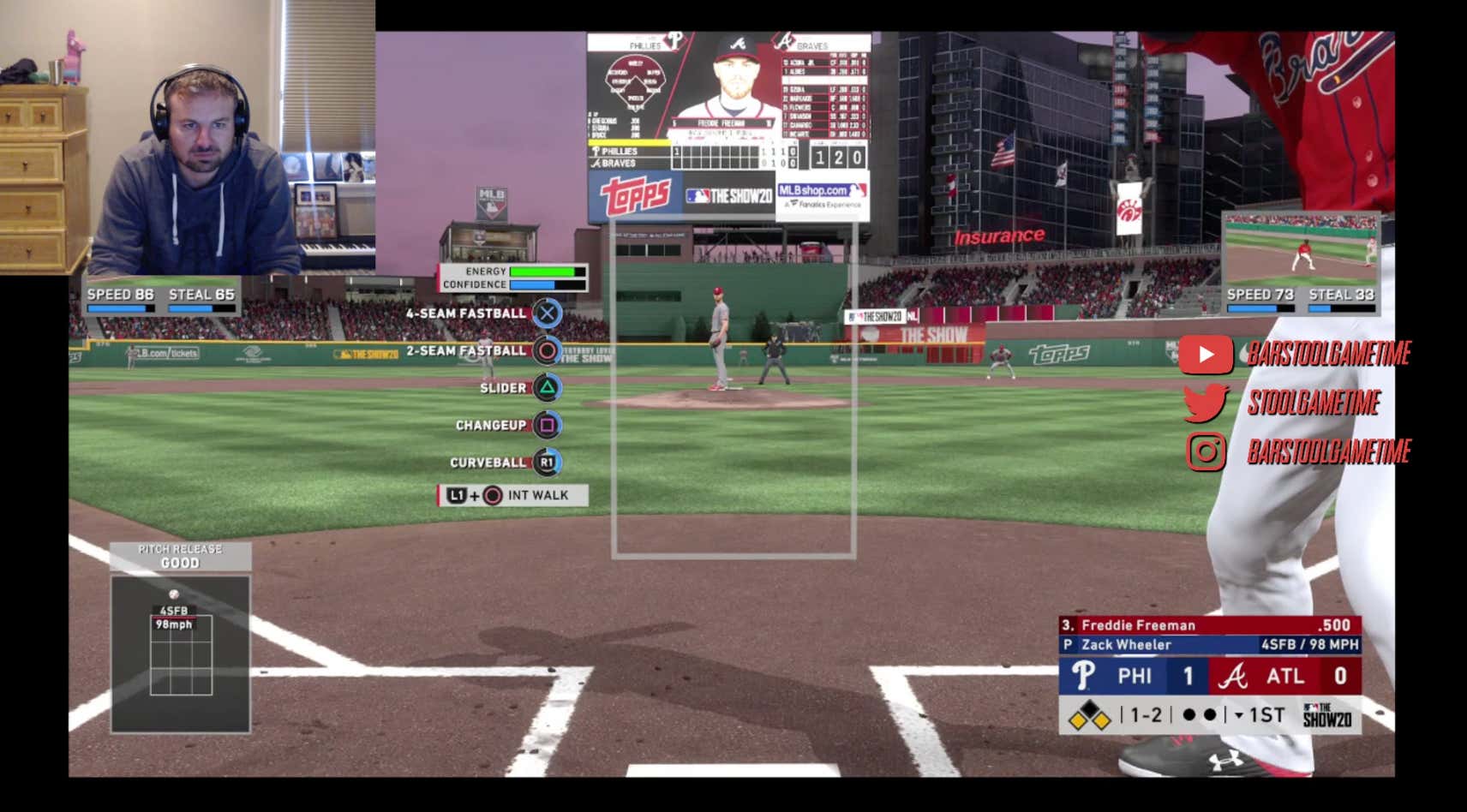 While it may not be actual baseball season, we've got a bit of a filler for everybody that should be a lot of fun. We have 11 of Barstool's biggest baseball fans — that have a PlayStation — in the Spikes Up League on The Show ready to do battle with one another until a champion is crowned.

The teams are as follows:

We've already had most teams start playing a few games and some early rivalries have developed. Smitty and WSD definitely need to play more than the three times allotted in the season, because there is some real hatred brewing there. Frankie is upset with me for taking the Braves before him after he had the Braves in our previous league which went defunct due to issues with the game's servers. Dallas seems to have a rivalry with everybody.

But this is going to be a lot of fun and I hope y'all will stay tuned during the season. We've already had some great moments emerge just from the first couple days. Smitty had a tough day yesterday, losing to me twice as well as taking an L to White Sox Dave. But he's rebounded today, getting revenge against WSD in addition to clobbering Reags to claw his way out of last place into contention.

Reags also took a tough loss in extras to Hubbs last night. Smitty looked like he could end up in last place early on, but through five games, Reags is the only player so far who remains winless.

We're going to stream as many games of this league as we can, so we hope y'all will tune in to see what happens. Be sure to tune in on Gametime and a couple other channels we'll be using — we'll Tweet out all the links — to follow along with these games live.

It should be a fun quarantine league to give us at least a semblance of some baseball while hopefully having some fun and kicking Smitty's ass while we're at it.