You know for the most part I felt like maybe I was starting to make some progress in dealing with life without basketball. Slowly I've been able to move from crippling depression to just overall sadness. All the highlights, old game content, shit like that has helped me get through these last 14 days. But then I watched this video from the NBA with Mike Breen telling us all to stay safe, wash our hands and the sooner we can do that the sooner we get NBA basketball back. I was fine up until that patented "BANG!" call.

I have to admit, Mike Breen has a pretty nice looking jumper. Very respectable release and certainly not the worst follow through we've ever seen 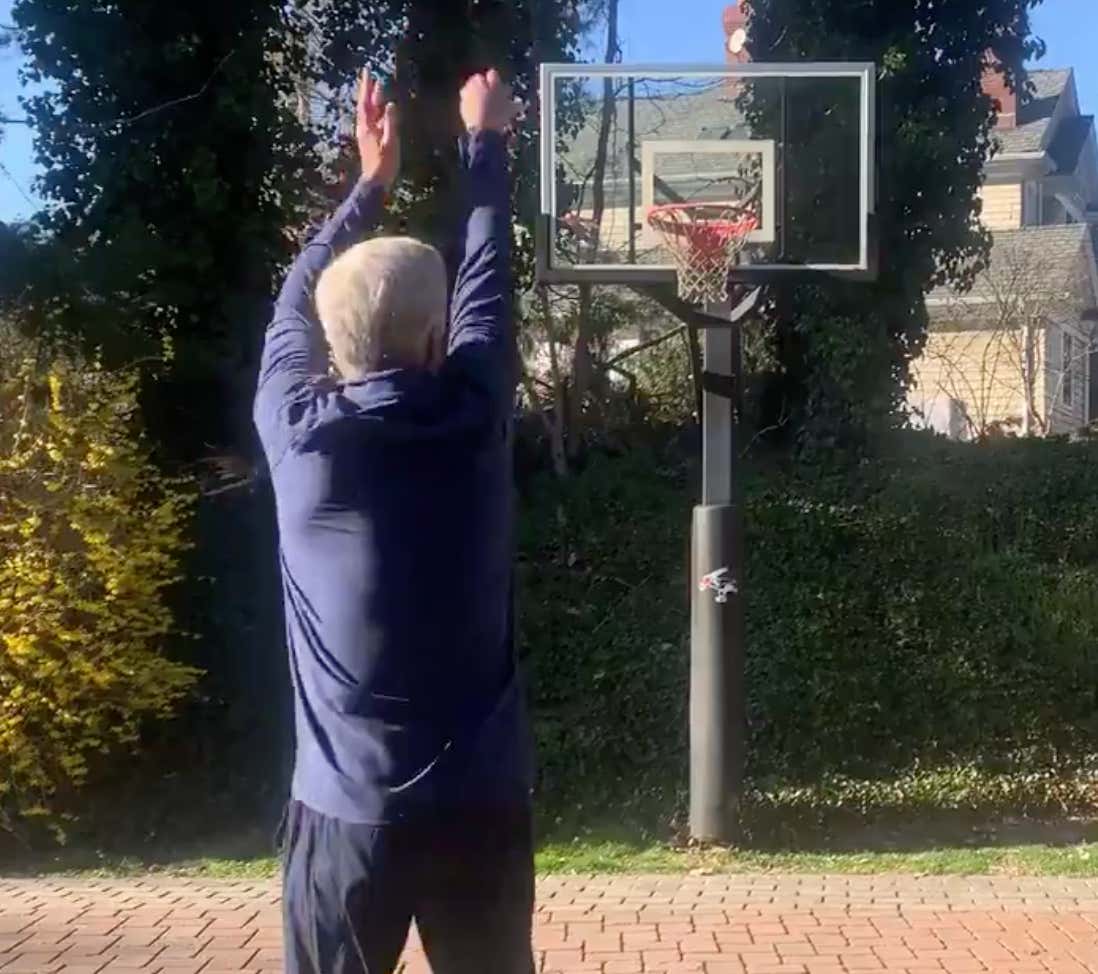 I LOVE that he pulled a Steph Curry and called it before it even went in too. But then I got even more sad that we haven't heard him unleash that call for what seems like decades and who knows when the next time will be. It's one of the great calls in NBA history in my opinion. Nobody owns the word BANG! more than Mike Breen. Maybe Ron Jeremy or something but you get the idea. Hearing him drop one of those after an epic three is what makes watching the NBA so much fun.

So, allow me to help you scratch that itch. First, do what he says and wash your hands/stay inside/etc. Then click play and close your eyes and pretend basketball is back.