Here we are again. Another installment in the alpha saga.

If you didn't read the first blog on me being an alpha male, I suggest you read it now for context:

Brother is clearly the alpha. An alpha doesn’t claim to be alpha. He just is the alpha.

Wrong. I never claimed to be an alpha. I simply showed you a plethora of examples as to why I am the alpha of my shared bedroom. It's nothing too deep, folks. Just facts.

Let me preface this by saying, I hate the coronavirus. I think it's terrible. Nobody hates COVID-19 more than this guy. But this whole quarantine thing has really cemented my status as an alpha male. Since I haven't had to go into work, I have really taken a stranglehold on this room. It's honestly kind of sad. Before this, it was a joke of sorts. Now, I think it might just be my room. My brother hasn't been in here in seemingly weeks because of how hard I've just alpha'd him out of here.

I know what you may be thinking, and the answer is no. I did not kick him out of our room.  He's allowed to come and go as he pleases. This may lead you to think:

"Ah, jeez. Ethan, what could you possibly be doing that is so alpha male that this poor kid can't go back into his room"

There are two main reasons, let me show you. 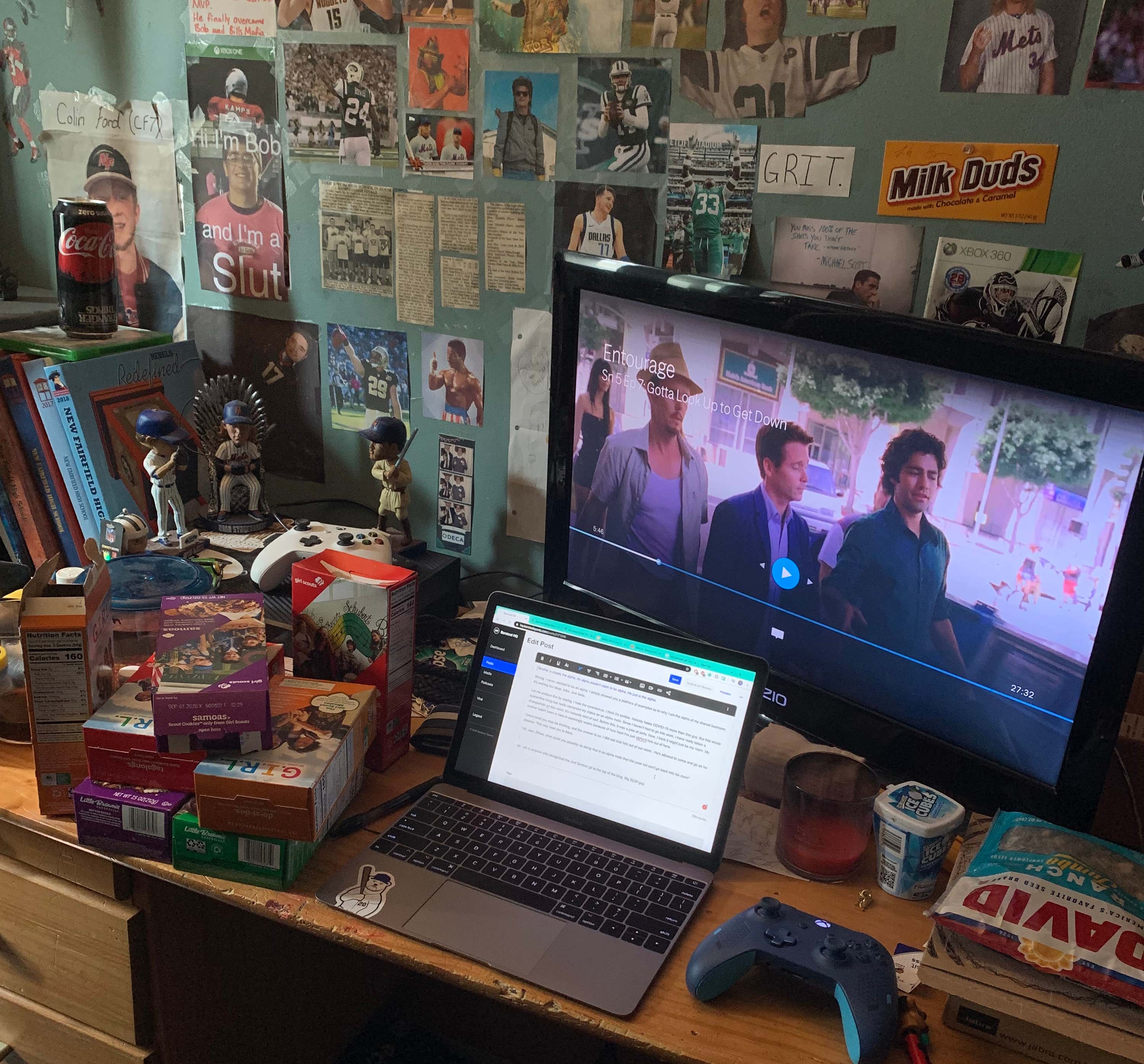 My desk area has quickly become known as "The Alpha Station" to my friends and family during these times. Mostly because I sit here all day. I never leave my post. It's a whole lot of crushing girl scout cookies and surfing the internet over here. All the while, I've had Entourage running in the back to assure that my alpha-ness is at an all-time high. I literally don't think you can get much more alpha than that. Meanwhile, that coward (my brother) won't even show his face in our my room.

He might just be scared. Hell, I'd be scared too to walk in on someone mid-blog, housing samoas, whilst watching Vinny Chase become the biggest movie star this world has ever seen. Pretty alpha if you ask me.

sidenote- people have also referred to it as the "Celibacy Corner" but that is not funny and quite frankly offensive, grow up. 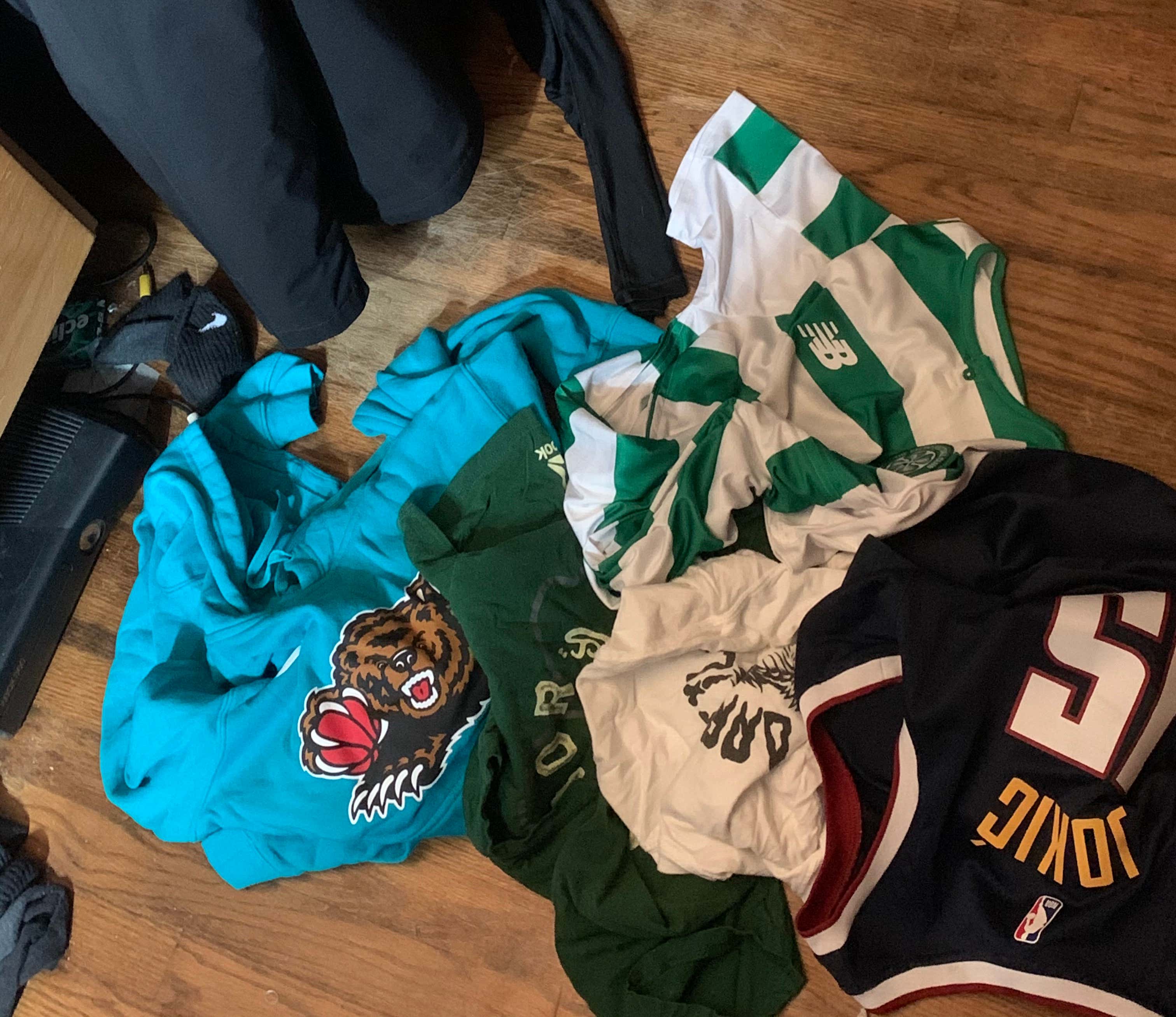 As you would see in many alpha cultures, I have successfully marked my territory. However, unlike dogs, I have a brain that actually works (most of the time). I didn't go and piss all over my room. No, I simply placed clothing on the floor. Now it gives off the illusion that said clothes are, in fact, dirty. However, that is merely a ploy to outsmart the simpletons who come in here. Genius, I know.

Somebody walks in my room, see's clothes on the floor, and immediately thinks they're dirty.

Idiots. I actually keep my dirty clothes in my drawers to give the illusion that I'm a slob. Little would people know, it's all been a scare tactic. No one wants to stay in the room with "dirty" clothes all over the place, so they leave instantly. But the fact of the matter is, those are some of the cleanest clothes in the house! Straight from the dryer and onto the floor!

It really is a shame. All of the people who came out of the woodwork to say I wasn't an alpha male on the first blog are really eating their words right now. I don't think I could be more alpha if I tried. I reached out to my brother for comment, he had this to say: 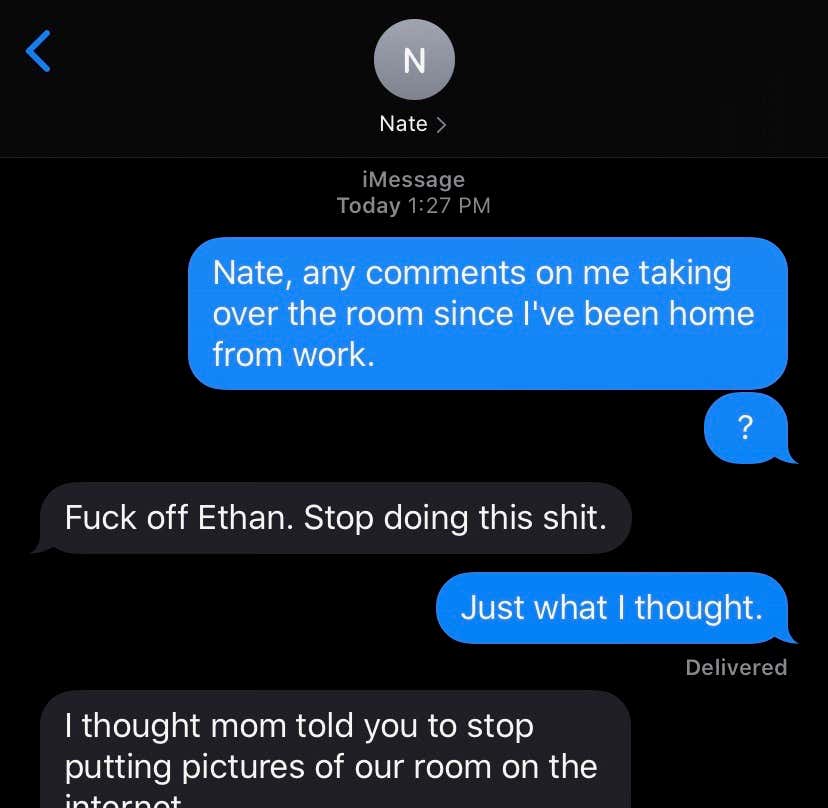 One could argue that I should maybe "hit the gym" or "lift some weights". No, ya big fucking dummies. I've already got this alpha thing figured out by sheerly using my brain. Now that is a feat that not many can accomplish and something I challenge others to do. I'm just out here putting my brain into overdrive, constantly thinking of my next move. I'm playing chess and my brother is playing still trying to understand checkers.

Again, if YOU need any advice/help as to how to alpha someone in your life, don't hesitate to reach out.

Remember to stay safe out there in these trying times.

ps - s/o to anyone who recognized the Joel Gertner gif at the top of the blog. Talk about an alpha male.