Quinton Dunbar was moved because he wanted a new contract while still under contract and the Skins weren't too keen on negotiating yet. So Dunbar started publicly calling out the team, saying he'd never play for the Redskins again, etc etc. Ron Rivera doesn't like that shit. He wants guys on the Skins who want to be there. If Dunbar was going to bitch and complain and hold out, Rivera wanted him gone. So that's what happened. Shipped him right out of town for a 5th round pick.

The trade sucks because Dunbar is a good corner. He was going to be our #1 CB next season with Fuller on the other side. Not a terrible 1-2 punch. Trading him for a 5th round pick 1) isn't great value for a top CB, and 2) leaves us with a big hole in the secondary. I always say "at least we got rid of Josh Norman, that's addition by subtraction", but the Skins have to figure something out at corner in a big way now.

And then the other trade, shipping a 5th rounder for Kyle Allen. 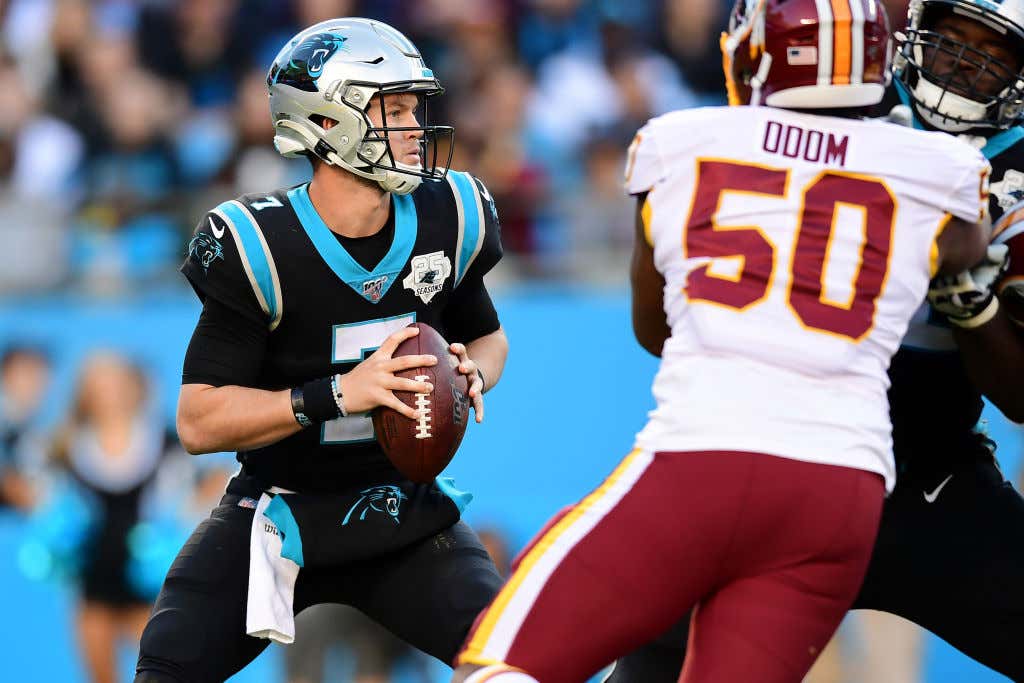 Don't like this either. Ron Rivera has now brought in 17 coaches and 15 players from Carolina. Estimated, of course. But DC is now Carolina north, and he just brought in his QB. I hate this because it puts so much unnecessary pressure on Haskins. It's like knowing the coach's son is warming up in the bullpen. One tiny mistake and he's yanking you for his kid. Haskins now will constantly be looking over his shoulder because River brought in *his* guy. Why do that? Why make it uncomfortable for everyone like that? I just don't see the merit in it. We needed a veteran backup, not Riverboat's pet project from Carolina.