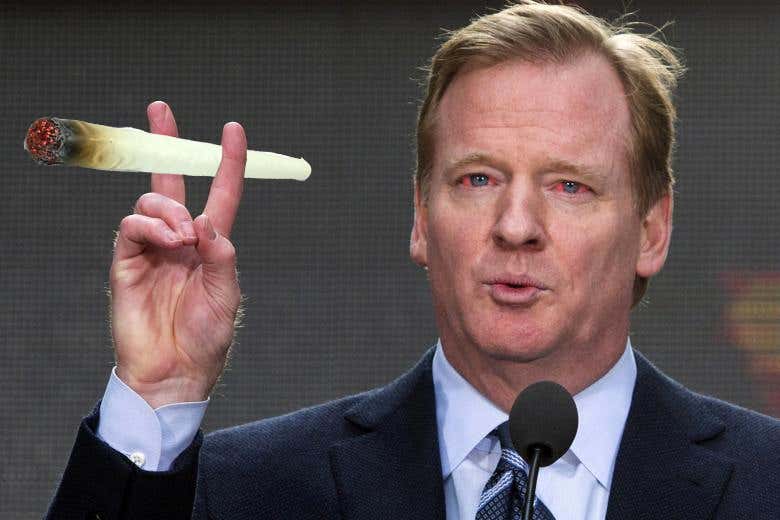 Ive been thinking about the real possbility that NFL will actually cancel their season and folks its taken me to a dark place. I like to consider all the worse case sequeneces of events and then when something kind of good happens I'm pleasantly surprised. In this case the worst case scenario for the fall is that the unthinkable might happen: Football season might be postponed or cancelled.

Obviously my first concerns are for the owners of the teams who might see the value of their francshises take a little bit of a hit, and then for all the tattoo shops who make a killing in January when guys who lose their fantasy leagues have to come in and get Princess Peach inked on their gooch as a joke with the fellas. Perhaps the federal government will need to absorb the Los Angeles Chargers, or turn Fedex Field into a FEMA camp where they send old people who collect checks and dont provide any valuble services to die, in a nod to Dan Snyders team assembly strategy of 1999-2010.

My second concern is for the mental health of America. Football is a escape. And it being a escape implies that the rest of the year is something we need to get out of occasonally. So if we're stuck in a place where all we have is the thing that we need to sometimes escape from, we are simply stuck in hell. Mentally we need to start thinking of ways to propose to our senators that as a make-good on not having red zone, they simply allow us to take drugs that make us feel like were watching 8 games of football at once. Acid, mushrooms, coke, speed, xanax, crank, buzz, skeeter legs, airplane glue, NOS, shoot even mango juul pods. Were gonna need it all.

I'm not a drug guy and never have been. This is more about me looking out for my fellow man and woman and saying if we don't have 8 hours of commercial free football on sunday we should at least be allowed to freebase cocaine as one of the sacraments in a full catholic mass. WWJD? Well he sure as shit wouldn't of made church get out at noon if he didnt want us to park our ass at hooters afterwards and drink lite beers until our buttcheeks fell asleep and Cris Collinsworth was sliding into our double vision. I feel confident in saying that if he were alive today he would first of all, be totally fine with killing off our older citizens as long as we promised to vote pro-life for them after they died- and secondly he would show up at a dry wedding and turrn water into MDMA before our very eyes.

Plus this is the NFL we're talking about. I went on Mike Florio's radio show and he was suggesting that the league could simply test every player before every practice and game for COVID-19 and basicaly keep them as hostages away from their famlies all season so we could at least have games. This would also allow Commissioner Goodell to resume his piss-testing hobby which was so selfishly removed from him by the players in the latest CBA negotiations and give him a reason to get up in the morning again. The man loves piss.

And if NFL players arent going to be punish for using cool drugs then the fans shoudnt either. We pay their salaries so technicaly if I'm sponsoring Greg Robinson I need to have the confidence that I wont be held responsible for his actions as a co-conspirator. One way to do this would simply be to let all Americans take whatever drugs we want, in whatever doses we feel necessary in order to deal with no football. Ray Lewis warned us ten years ago that crime would increase without football, so one way to make crime decrease would be to allow crime to become legal. Another way would be to socially distance Ray Lewis from literaly everyone.

But my point remains- if your going to take away the opiate of the masses, at least replace it with masses of opiates. Thank you, good luck, and god bless. Hope it dosen't come to this.

PS I'm not a drug guy