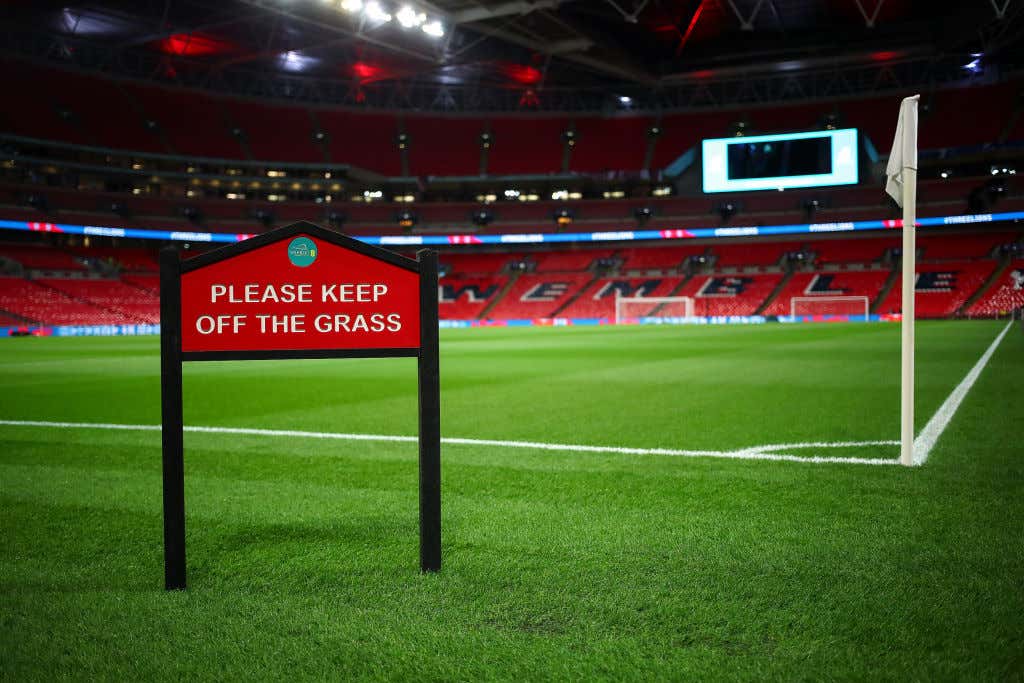 The FA have moved to confirm they will not be turning Wembley Stadium into a giant lasagne dish after a spoof WhatsApp audio message went viral.

Billy McLean, 29, sent the prank message to a group of friends and his mother as a parody of several others which have seen people claim to have inside information of government protocol regarding the response to to the coronavirus pandemic.

In the clip, he said: "My sister, her boyfriend’s brother works for the Ministry of Defence and one of the things that they’re doing to prepare… is building a massive lasagne.

"At the moment, as we speak, they’re building the massive lasagne sheets.

The world is in a crazy, surreal state right now, as you can tell. With that craziness comes a ton of potential for the spreading of misinformation and having people believe it. At first glance I'm willing to believe just about anything because life is more fun that way. I feel like I've gotten a text or heard a rumor of New York City being completely shutdown under martial law at least 10 times by now and I've believed it every time. Usually that text or link is met by the giant penis man (RIP Wood). Now every text I get that has a link I assume it's just a giant penis. Tom Brady to the Bucs? Where's the penis? I'm still waiting for it.

There are a lot of smart people out there who can read through the bullshit and immediately decipher what's real and what's not. Do not put the FA (Football Association) on the list of smart people. Well first off, what is the FA? Good question, they're a governing body in England for soccer. They're the oldest football (soccer) association in the world. For being important, the Football Association is a terrible name. There's a ton of soccer associations in Europe, can we be a little more specific? It's just too general for my liking. I guess the FA stands out more than what is actually stands for. Okay they're a big deal, enough Wikipedia copy and pasting yes? Let's see how stupid these people really are.

A few days ago this audio clip starting spreading like wildfire. A dude by the name of Billy McLean, a 29 year old software salesman, made a clip sounding serious and sent it to his pals on Thursday. A few hours later it had become so big that it was being sent back to him without the sender realizing he was the one talking in it. That's when you know shits gotten out of control .

My sister, her boyfriend’s brother works for the Ministry of Defence and one of the things that they’re doing to prepare, this won't affect London this will be everywhere. They're basically worried that people are going to be stuck indoors without any food, so one of the thing they're doing they're actually making a massive lasagna. At the moment, as we speak, they’re building the massive lasagne sheets. And they're just going to start making the layers today. And hopefully put the bologase on and then put the sheets on top. They’re putting the underground heating at Wembley on, that’s going to bake the lasagne, and then they’re putting the roof across and that’s going to recreate the oven, and then what they’re going to do is lift it up with drones and cut off little portions and drop it off to people’s houses.

The FA actually listened to this clip after it became super viral and felt they needed to clarify to the public that Wembley stadium was not being used as a MASSIVE OVEN to make lasagna to feed the public.

By Friday morning, the Football Association was able to confirm that, yes, it was indeed aware of the clip but, no, it had no plans to turn the English national football stadium into a giant lasagne dish.

The Football Association came together and decided they needed to make a statement on heating up lasagna under a soccer field and then delivering it to people's houses when it was finished. That happened. There was a meeting held about lasagna on Friday.  Incredible. Simply spectacular. I mean it truly does not get better than that in terms of a prank's success. The only thing I can think of would be Putin having to come out today and deny that he unleashed 500 lions to the public to scare off people from going outside. By the way don't be shocked if that fake story gives him an idea he and he actually does it.

I truly cannot believe this story isn't from The Onion. Those guys must be sitting at their ideas table right now absolutely FURIOUS that they didn't think of this headline first. They may never be the same after this missed opportunity.

Not going to lie, the lasagna plan is an amazing fall back if shit really hits the fan in the coming months. Let's say it's June or July and we're still quarantined and grocery stores are having trouble restocking essential foods. Why not use Yankee Stadium or Met Life or both and make some food under the turf? I mean what else are we going to use them for? Might as well feed the country. I'm all in on this. Billy McLean was just trying to have some fun with this, but he may accidentally win himself the Noble Prize if he's not careful.

We need sports back right now.