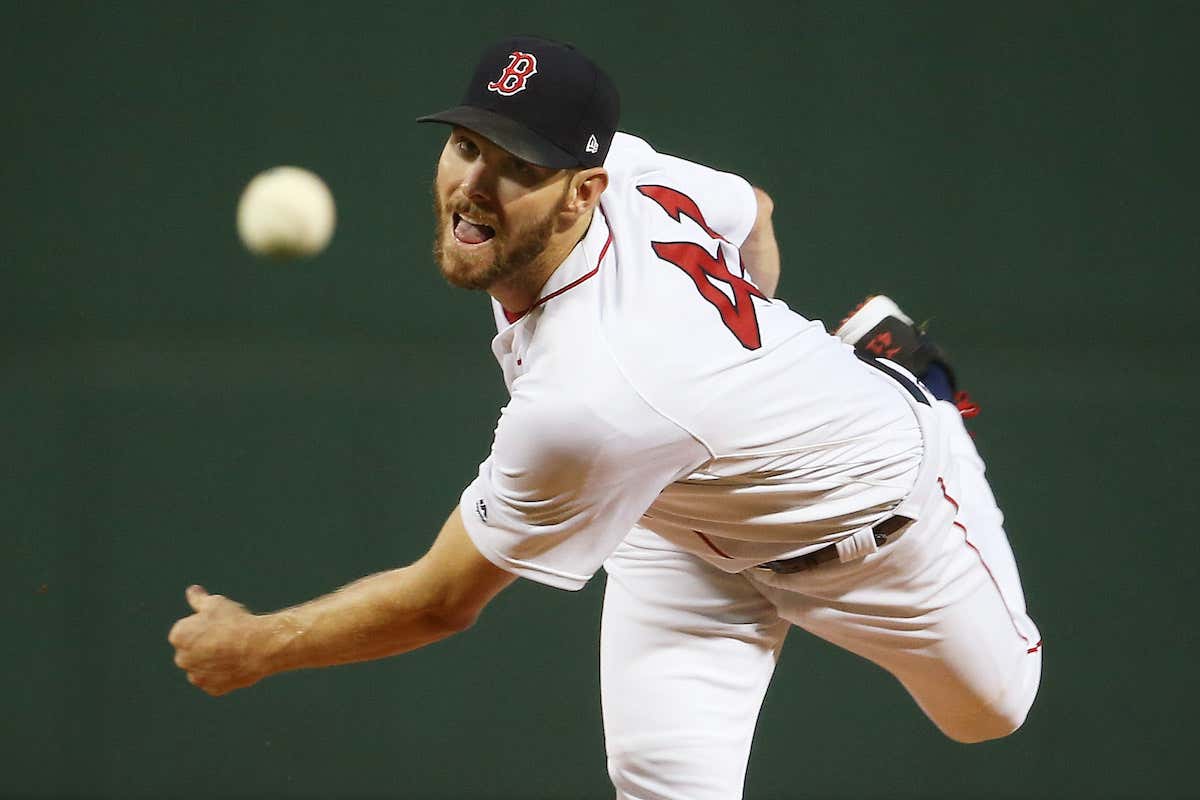 When I said I wanted actual baseball news to blog, I did not mean this.

Well, I'm choosing to look at this as a positive. I think. Let's face it; this was inevitable. We can talk about Dave Dombrowski being overaggressive in extending Sale when he did and what that contract looks like now, but that's a separate conversation. Even with hindsight, I'm not sure that was the wisest decision at the time. For now, we can look at this as Sale had been shut down before spring training had been entirely shut down. Sale resumed his throwing program just this week after surgery was not recommended for the lefty-hander, and now we get the announcement that he'll need Tommy John surgery.

I say this was inevitable, and that should come as no surprise to anyone who has followed his career. With his tendency to run out of gas toward the end of the season, his body type, and his recent history of trips to the injured list, we knew that this was coming at some point. It just didn't sound like it was going to be coming right now with doctors not recommending surgery just weeks ago. Something obviously changed, or maybe it didn't.

Maybe Sale's elbow was fine enough to pitch this season, but perhaps the Red Sox are looking at 2020 as a lost season, whether that be due to a lack of talent on the roster or with the season itself hanging in the balance as a result of the coronavirus pandemic. Better to do this now when there might not be any games played versus later when baseball resumes. That being said, you can't just get a surgery just to get a surgery, especially when not recommended by doctors, so something obviously changed.

With Sale undergoing surgery now, we can safely assume that 2020 is obviously gone, as well as a decent chunk if not all of 2021. So, if the whole 2020 season gets banged, don't expect to see Sale taking the ball on Opening Day in 2021, either. The Red Sox were already down to just three starters in their rotation with Sale expected to miss the start of the season with his elbow issues, but now they'll have plenty of time to figure out what the fuck they're going to do as far as their 2021 rotation is concerned.

All that talk about re-signing Mookie Betts after 2020, which could still happen, has to now be looked at as how do we allocate our team salary so that we actually have a starting pitcher on the mound every day next year. That was an issue for this season, but now even more so next year because Sale was expected to pitch at some point this year prior to the Tommy John announcement.

It just keeps raining shit on the Boston Red Sox. We're on day, what, 80-something of that investigation, too?