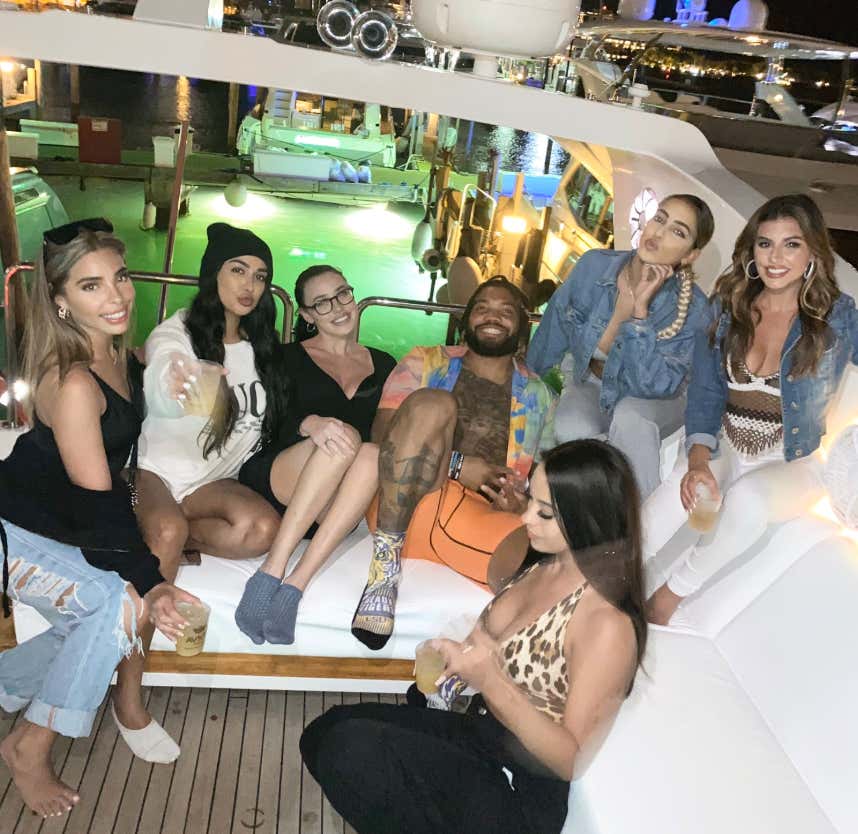 Blechhhh. Every time I see a picture of a group of people I cringe. I just don't know why it's so hard for people to stay home. 7 people on a boat touching each other just...no. Just don't do that. UGH.

But here we have Derrius Guice, who is my guy, doing the opposite of what you're supposed to do. And if you're going to do something like this, why put it on social media? You're just going to get dragged and called out and looked down on.

I understand wanting to get cheeks before the world ends, but just keep it offline. Like, yeah, we know dude, you're young and rich and bang hot chicks. What benefit is there to posting it on social? That tiny dopamine rush from hitting post? Go get that dopamine rush from banging one of the models instead. Sharing the picture of you with 6 other people in a time when you're supposed to be with 0 other people accomplishes nothing. It's a bad look, no matter what excuse you try to make for it

There's really no getting through to some people. It will honestly take shutting the entire country down. Now we wait and see which one of those girls is the next Bjonda.