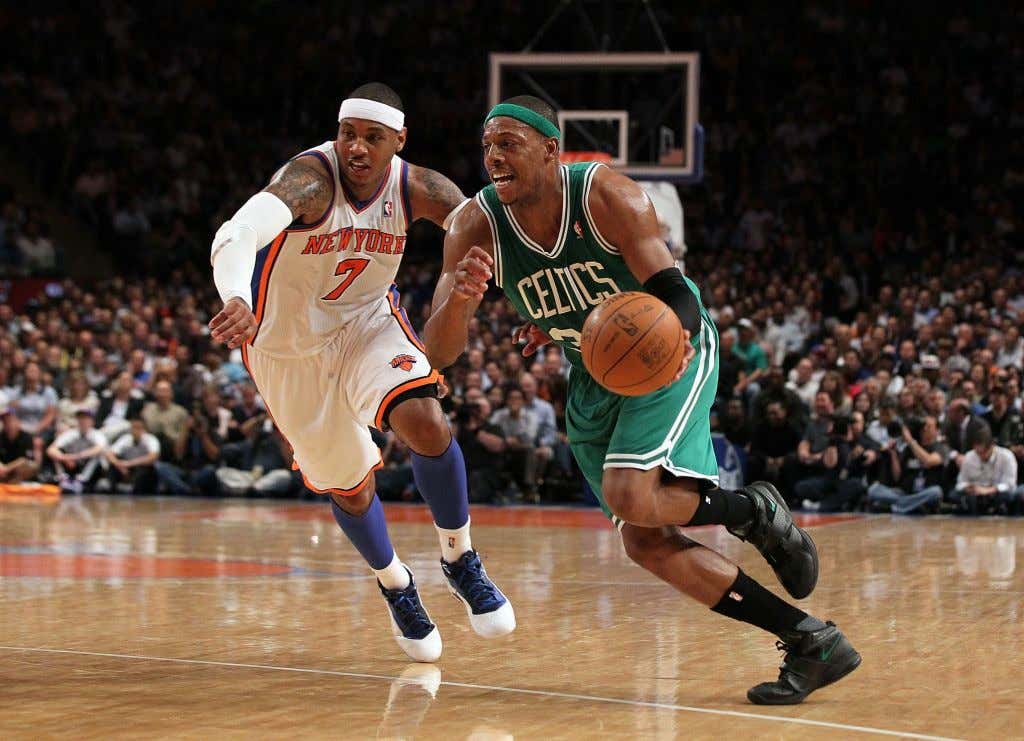 You may not be aware of this, but the Celts were slated to face the Knicks tonight had the NBA been playing games. They've handled the Knicks both times they've played this season and honestly one of the reasons why I love playing the Knicks might have something to do with their 296-182 record against them all time. Sure, I'll be fair and mention the fact that the Knicks won that playoff series in 2013, but the Celts do own that H2H playoff matchup 8-7 as well. Outside of that pre-Thanksgiving disaster last season the Celts have pretty much owned the regular season matchup of late as well, winning the last 5 and 6 of the last 7. As far as BOS/NY rivalries go, this hasn't exactly delivered for quite some time.

Why? Well because Paul Pierce basically spent his entire career haunting the Knicks. Did you know his career average of 21.7/5.9/3.8 is the highest scoring average Pierce had against any team in the league? Not bad in 61 career games. Now that we enter the Jayson Tatum era where he's essentially this generation's Pierce, it's looking like more of the same. He doesn't have the highest career average against the Knicks but he's been every bit as lethal. That's why since we won't be getting to see these two teams face off tonight in what would most likely be a Celtics win, why not relieve some of the great moments from both of these dudes we've seen over time against NY? It's the end of the day, what else do you have to do?

I could go on but I think you get the idea. Hopefully this was enough to scratch the itch we all feel and I have no doubt there would be plenty of Tatum highlights tonight at the Garden if given the chance. Maybe I'll fire this matchup up in 2K or something tonight because I'll be honest, I'll take anything at this point.