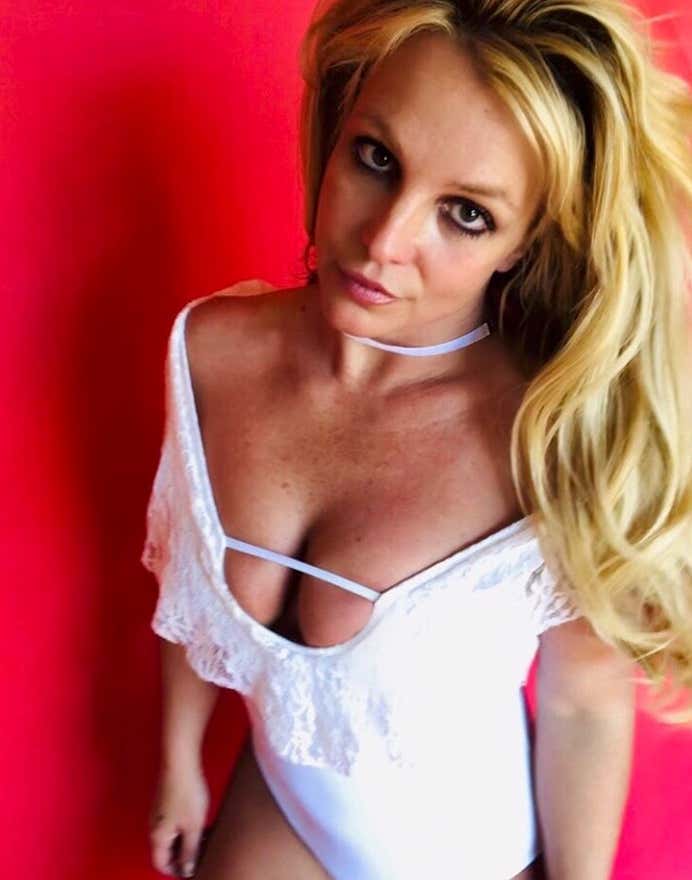 At the beginning of March, Britney Spears found her picture soulmate. There was something about the combination of a red wall and her grandmother's white swimsuit that made her so happy, she couldn't take enough pictures! Alone or with her hot mans, it didn't matter as long as she was in front of that wall with her grandma's memories in her heart.

So she took tons of pics and started sharing them with the world. In total, she put up 9 different posts within the span of 3 days, which apparently was enough to piss people off and send them on an insult rampage.

Now I'm not one who usually defends celebrities as I do believe part of fame is dealing with criticism, for both your professional and personal choices. Fair or not, it's like every other job and it has its good side and its bad side.

However… what kind of loser do you have to be to go off on someone because they post pictures that look alike??? Why is that a thing? Who fucking cares if she posts the same picture multiple times? She's Britney Spears and she's in a swimsuit! How about thank you!

Back in my day (yes I realize I sound like a grandma and I'm more than ok with it), we would run out and buy a magazine because Britney was on the cover. If a new album/single/video was being released, you knew the magazine was coming and you couldn't wait to SPEND MONEY to see more of her!

Now people are wishing awful things upon her because she posts too many pictures that look alike? What a bunch of ungrateful, spoiled little pricks.

Then there's Britney Spears - the queen of pop - admitting her feelings are hurt and asking people to please stop being mean to her. Unbelievable. The once most famous girl in the world, the ICON that is Britney Spears…

… is asking for a little kindness from a bunch of losers with a false sense of reality.

Well just because social media makes the extraordinary seem so ordinary and reachable, it doesn't mean they are. They're not. At the end of the day, she is still Britney Spears and the haters are still absolute nobodies.

Someone needs to tell her that.