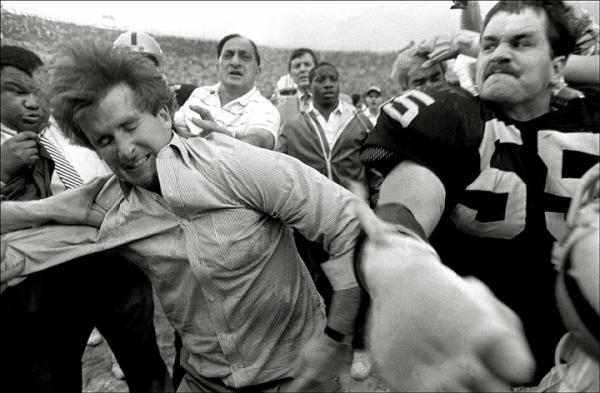 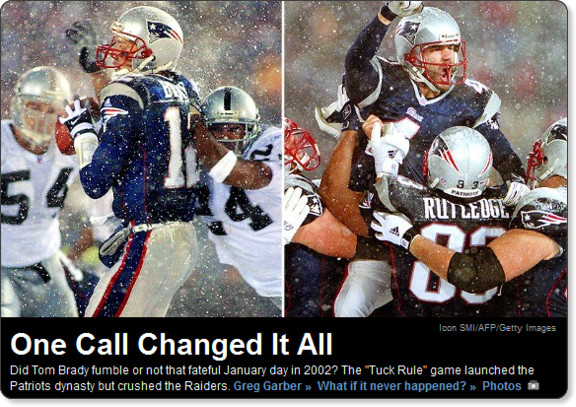 There’s a school of thought that says you’ll never love anything – nothing you’ll ever own, no song you will ever hear, no movie you’ll ever see, no athlete or team you’ll ever root for – as much as the ones you loved when you were a kid.  And it’s a thought I wholeheartedly subscribe to.  You grow up, the world gets more complicated, you slowly realize life sucks and nothing can ever be as black and white as it was when you were five years old until eventually you die in your mansion filled with priceless possessions gasping the name of the sled you had the last time you were truly happy.

But there’s a corollary to that.  I think the same way you never love a team as much as you did when you were little, when you’re at that young, innocent, impressionable age, you learn to hate for life too.  With few exceptions (the Baltimore Ravens for example) every team I truly despise I hated when I was still in Patriots footie pajamas (child size that is, not the Adult Mediums I have now).  The Yankees, obviously.  The Canadiens.  I detested the New York Giants a lifetime before they killed part of my soul twice.  And that’s why the Oakland Raiders will forever be in the top five of All Time Enemies List.  The Raiders of my youth were the 90s Pistons X the 2010’s Miami Heat to the power of the Ravens.  If ever there was a franchise where hating them brought joy into your life, it was them.  And I’m not talking about a small sample; their’s was a pure vile, loathesome detestablility that spanned decades.  The ’76 Wild Card Roughing the Passer Game where the Patriots got robbed by the biggest bag job I’ve ever seen in professional sports.  The ’78 preseason game where Jack Tatum cheapshotted a defenseless Daryl Stingley into a wheelchair where he spent the rest of his all-too-brief life.  The ’85 playoff game where the Pats beat them in LA and Matt Millen punched out Pats GM Pat Sullivan.  (OK, Millen deserved a medal for that, but still.)  Not to mention generations of buffoony, costumed, fake tough guy assholes in the stands.  I hate the Raiders so much one of my crushing disappointments is that the refs got the Tuck Rule right in the Snow Bowl.  I honestly wish they’d gotten it wrong just to make up for ’76 and because it would go up Raider fans’ asses sideways even worse than it does.

But now they come to town and… I got nothing.  I can’t even care anymore, much less get worked up about them.  It’s like the Raiders I knew and hated went out of business.  Instead of being evil, they’re just irrelevant.  The Raiders are football’s Cuba: You know there was a time they were  a big deal and gave everybody something to worry about, but now they’re just a bunch of sad sacks you feel sorry for.  I mean, where’s the Delta I used to know?  Huh?  Where’s the guts?  What I wouldn’t give now for Al Davis and his track suit saying all sorts of crazy shit.  Or to bring back true vicious badasses like Tatum, Millen or George Atkinson, who once told a newspaper “Fuck Russ Francis, that sissy.”  As much as the Raiders have done things to make me hate them, at the moment they’ve done the one thing I can’t forgive.  They’ve made it impossible to hate them.