Kirk Cousins reached a deal for an extension in Minnesota and then Stefon Diggs immediately tweeted that it's time for a new beginning. I mean the ink wasn't even dry on Kirk's extension yet (because he hasn't officially signed it yet) and Diggs was like "nope, I'm done here, see ya". Maybe he was just talking about buying a new house in North Oaks, but more likely he wants out on Minnesota completely.

So after DeAndre Hopkins was traded earlier today to the Cardinals, the time is prime and the prime is ripe for a trade to Washington. Trent Williams protected Kirk in Washington so maybe he'll put in the good word in Minnesota? Just 1 for 1, who says no? Nobody says no. I'm not looking at Minnesota's depth chart to see if they actually need Trent, but then again, very few teams don't need an all pro tackle. And if they actually don't need him, shit, a 4th round pick would suffice. Haskins/McLaurin/Diggs/Guice would be a nice little offense. 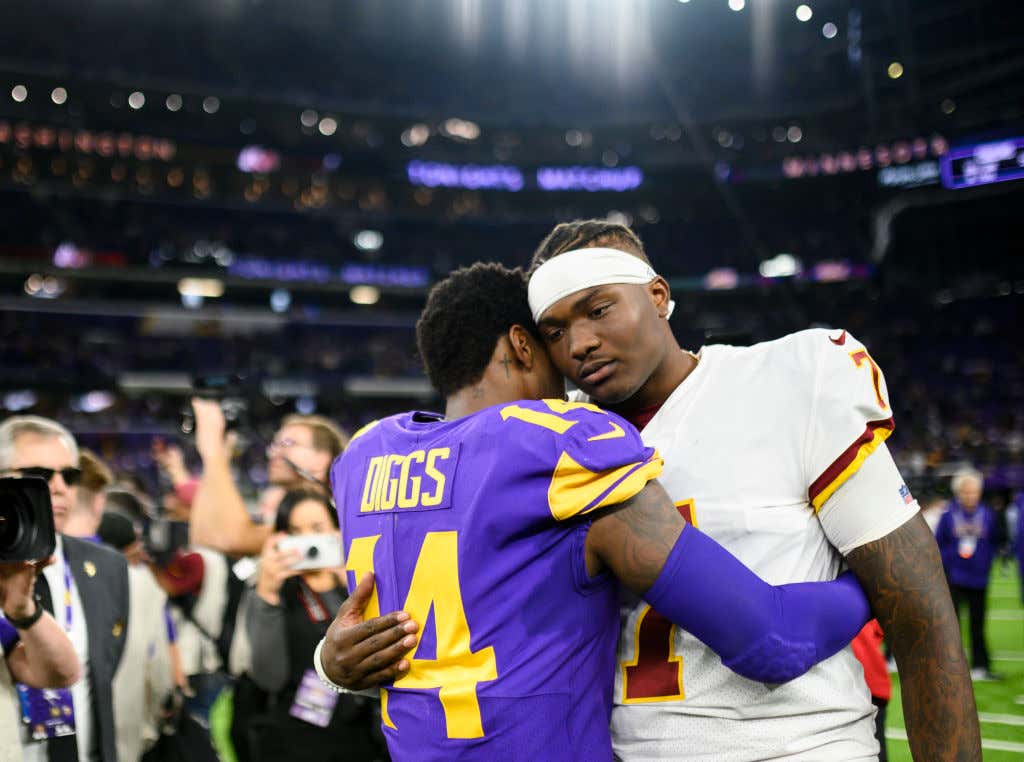 So Minnesota, let's make this trade because I'm running out of WRs to demand the Redskins to get. You know Lil Dan Dan gets rock hard for local guys, so there's a little extra incentive for the Skins to get this deal done. Diggs is my favorite football player of all time so maybe I'm bias as well, but this would be perfect for Washington and I need it to happen.