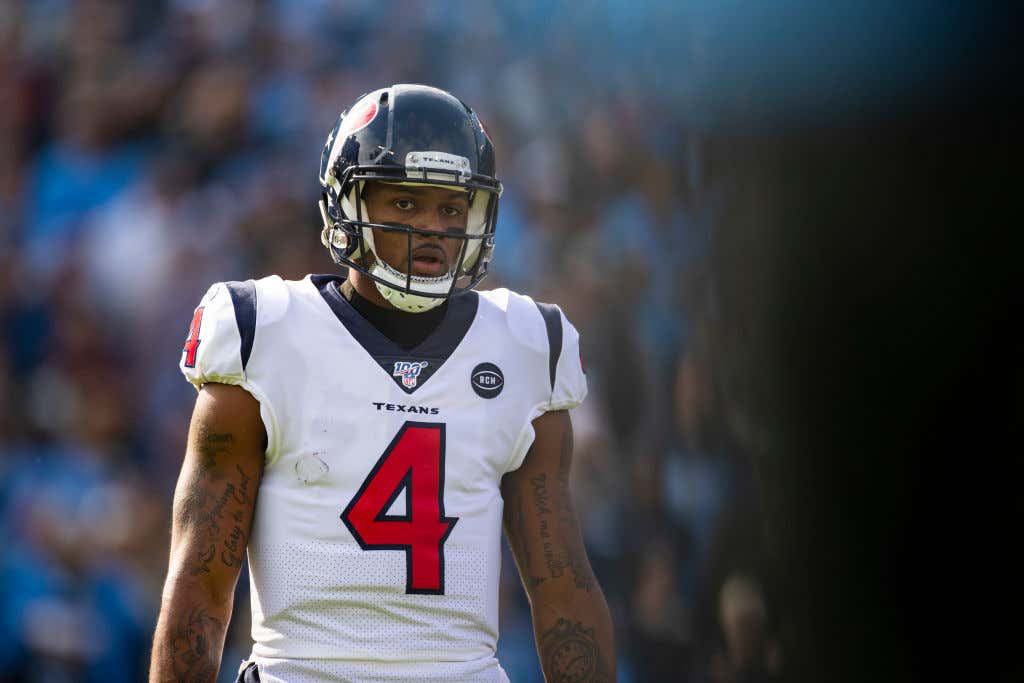 This isn't just hyperbole for the sake of hyperbole. This isn't clickbait for the sake of the blog. I am being very serious right now in saying that if I were Deshaun Watson, I'd think about lawyering up here. Because what they are doing to this man in Houston is downright criminal.

So to go out and get rid of his best weapon and one of the most un-guardable players in the league for a 2nd round pick and a running back who will turn 29 during the season and has only played 1 full season in the past 3?  That's some criminal behavior. Even more criminal when you remember the fact that the Texans don't have a pick in the first round of the draft this year to replace Hopkins.

As a fellow ACL Tear Survivor, my heart breaks for Deshaun Watson. This is an injustice that cannot go by unpunished. Deshaun deserves better and everybody knows it. I'm officially cursing the Houston Texans until further notice.