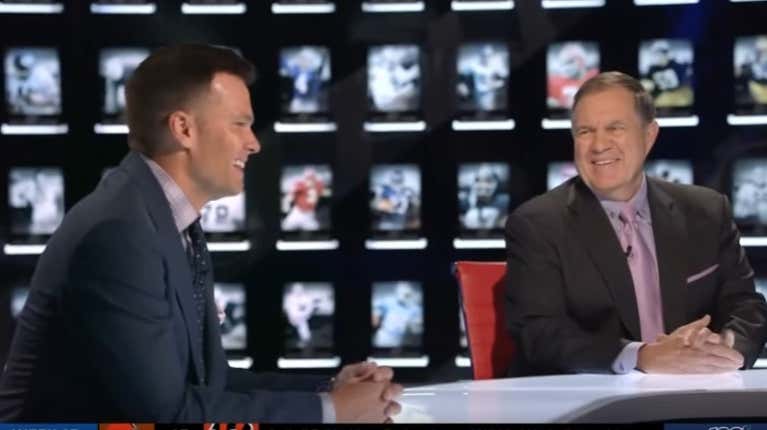 For the most part, I thought it would never come to this, and yet here we are. For the first time ever, Tom Brady is hitting free agency. Though in the moments when I did allow myself to imagine the scenario, this is exactly how I pictured it. Schools closed. Pubs shutting down. Restaurants empty. People isolated in their homes among their floor-to-ceiling piles of hoarded goods. The stock market in free fall. Our entire civilization reduced to a Jenga tower, waiting to find out which block will have it all come crashing down. I mean, I'm sure the chance of Brady leaving New England isn't the only reason. But it is a factor.

What I never anticipated was the possibility the market for Brady wouldn't be that strong. I just assumed once he became available, GMs would be fighting over him like the last package of one-ply at Target. But reportedly the market is drying up before Don Yee's eyes. So let's investigate.

If cop shows have taught me anything, it's that all investigations have to begin by walking into a strip club and asking the bartender questions while bored dancers work the pole in the background, out of focus. But since the clubs are closed, we'll have to settle for the internet. I'll begin with this:

I already wrote about Tennessee locking up Ryan Tannehill:

… and credited ESPN's Dianna Russini for being ahead of the curve when she reported last week the Titans were never really interested, they were just putting it out there to leverage Tannehill. For that she was ridiculed as a puppet for Patriots ownership, but she was spot on, obviously.

For a week or so, the Vikings kept being included in the mix, though we can put an end to that nonsense courtesy of their new deal for Kirk Cousins:

… which is for ridiculous money:

One of the more recent takes that burned hotter than a Texas port-o-potty for a while was Brady going to San Francisco, and them sending Jimmy Garoppolo back to New England. But that one just got doused with a firehose by Chris Simms:

“The 49ers are out on Tom Brady,” Simms said on Pro Football Talk. "That’s not going to happen. In my understanding, it was Tom Brady’s No. 1 choice to go to San Francisco and be the starting quarterback for the San Francisco 49ers. I don’t know what happened, but something happened in the last few days. …

As a matter of fact, the talk on the street from the shoeshine guy I slip money to for information is that the Niners were never interested, and the source of those rumors was Brady's side.

Ian Rapoport agrees with Simms' assessment, while also shooting down any notion that the Raiders are going to open their $2 billion monument to wretched excess in Las Vegas with Brady coming out of the tunnel:

Rapoport, however, is not ruling out the Chargers:

And that's where we are at as the Brady Exchange reaches the opening bell. If reports are to be believed, it's Tampa, the Chargers and the Patriots. I'll say again what I heard over the weekend, that the Bucs are going all in, offering two years and $70 million, plus control over Bruce Arians' offense and a say in personnel. I don't have any word on the Chargers' offer. But I know for sure what Bill Belichick is offering him. A chance to win a seventh ring with the best coach who will ever live, in the place that has been his home for 20 years, with Josh McDaniels and Julian Edelman and the best defense in the NFL, on a team that won 12 games and a Super Bowl the year before and is only an upgrade at tight end and some receiver depth away from doing it again.