We live in a hyper-sexualized world, and as a God fearing man, I have reluctantly accepted that. This doesn’t mean I’m not fighting back though. I stifled my stiffy during the Shakira Super Bowl show, and repress my rod every time I waltz past a magazine rack.

I understand sex sells, and that men need to adapt to an age that surrounds us with temptation. But, there are some things so sensual, so seductive, that I cannot sit idly by while it poisons the minds of impressionable youths and adults alike.

As you can probably guess by now, that I’m talking about the blatant over-sexualization of Twinkie the Kid. Since his initial appearance, Twinkie the Kid has been an icon for hundreds of thousands of northern West Virginian kids who had no stable friend group, no sports ability, and concerning obsessions over branding mascots. I’ve heard stories of boys who chose Hostess themed bedroom wallpaper, and would spend their nights writing borderline PG-13 rated comics about The Kid until the wee hours of the morning. 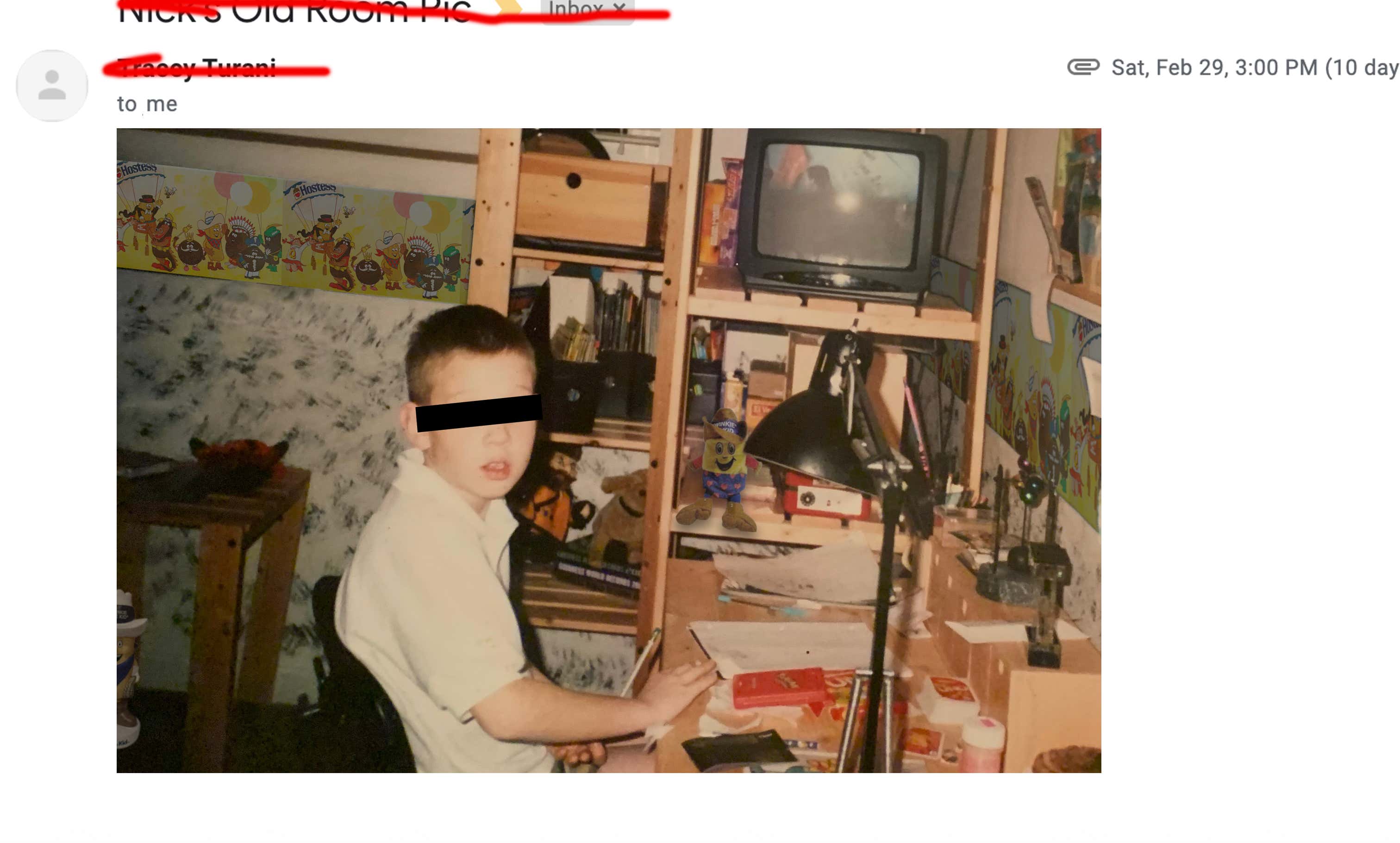 As those megafans have grown into sexual maturity, moved away from home, got jobs at media companies named after seats, Hostess took note, and made some MAJORLY OBVIOUS changes to Twinkie the Kid in order to pander to the primal urges. The purity and integrity of The Kid has gone down the fucking shitter, making creator, and many preteen’s idol, James Dewar, roll over in his grave.

It took me until post-puberty to even realize the blatant and downright lewd changes made. The Kids’s patented cowboy hat, turned into a flirty, lusty red. His former pencil-thin lips framing that sly, devilish smirk, changed into a plump, kissable mouth that any sane man would lust over. His former ill-fitting, boot-cut Wranglers made him look like he should be catching bullets from Brett Favre in an empty field. Now? Completely pant-less, absolutely mesmerizing any passerby, enticing them with the carnal pleasure that resides just up the block. 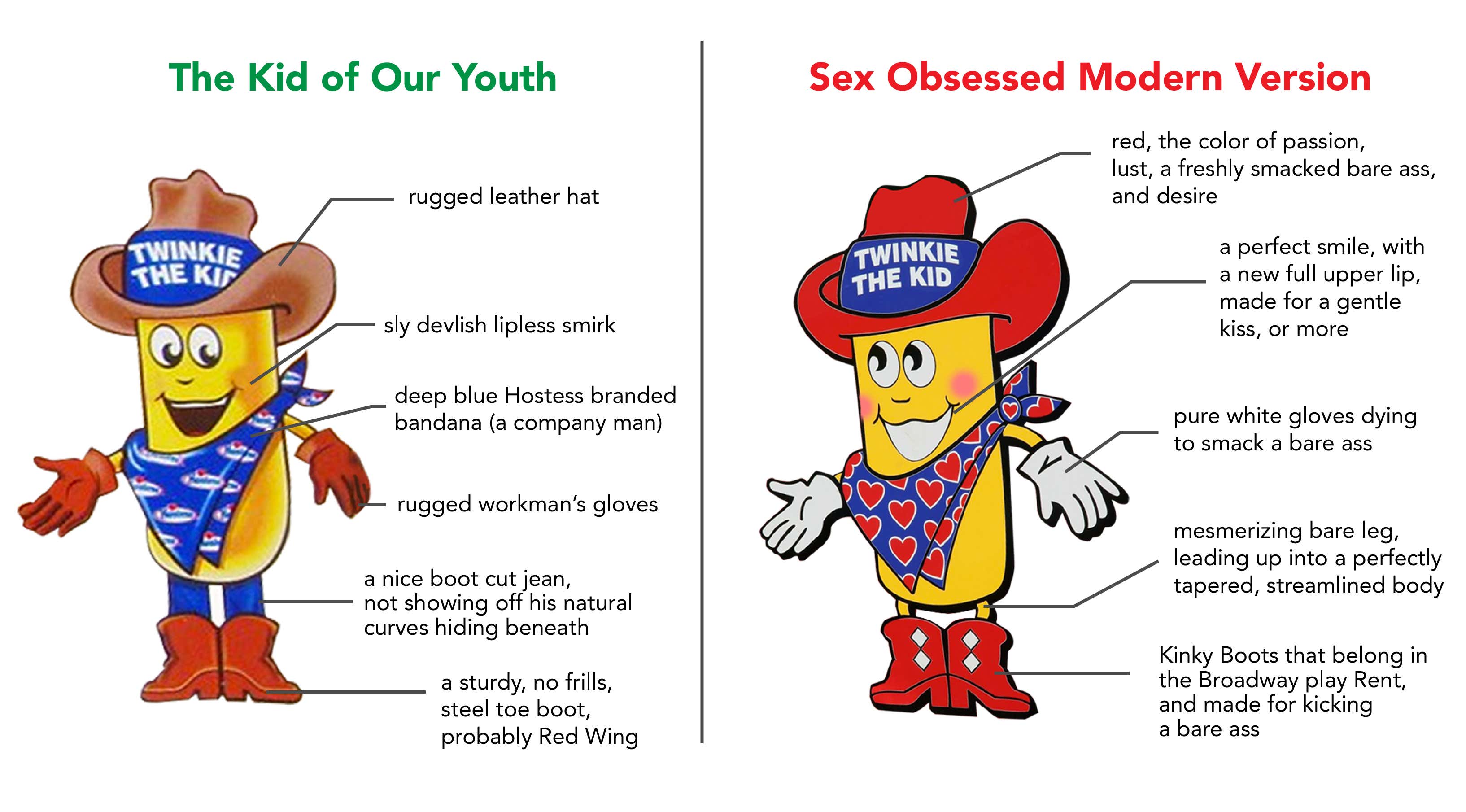 If I were a lesser man, I would fall into these temptations. Luckily, I am no sicko, nor some weirdo, I’m just here to point out what every other man is thinking. Twinkie the Kid has become far too sexy. And for what? To sell a few more sponge cakes? Solely because we all can’t take our eyes off of the creamy cake cosplaying cowboy covering the container? Hostess, willing to use this cheap marketing, damning us all to an eternal hellfire, because they know what gets us hot; the blood pumping. How did we let it get this bad?

If we don’t band together, think of what everybody's favorite golden phallic snack man will become next? Based on current trends and an artist's depiction, we would be helpless from his flirtatious gaze. 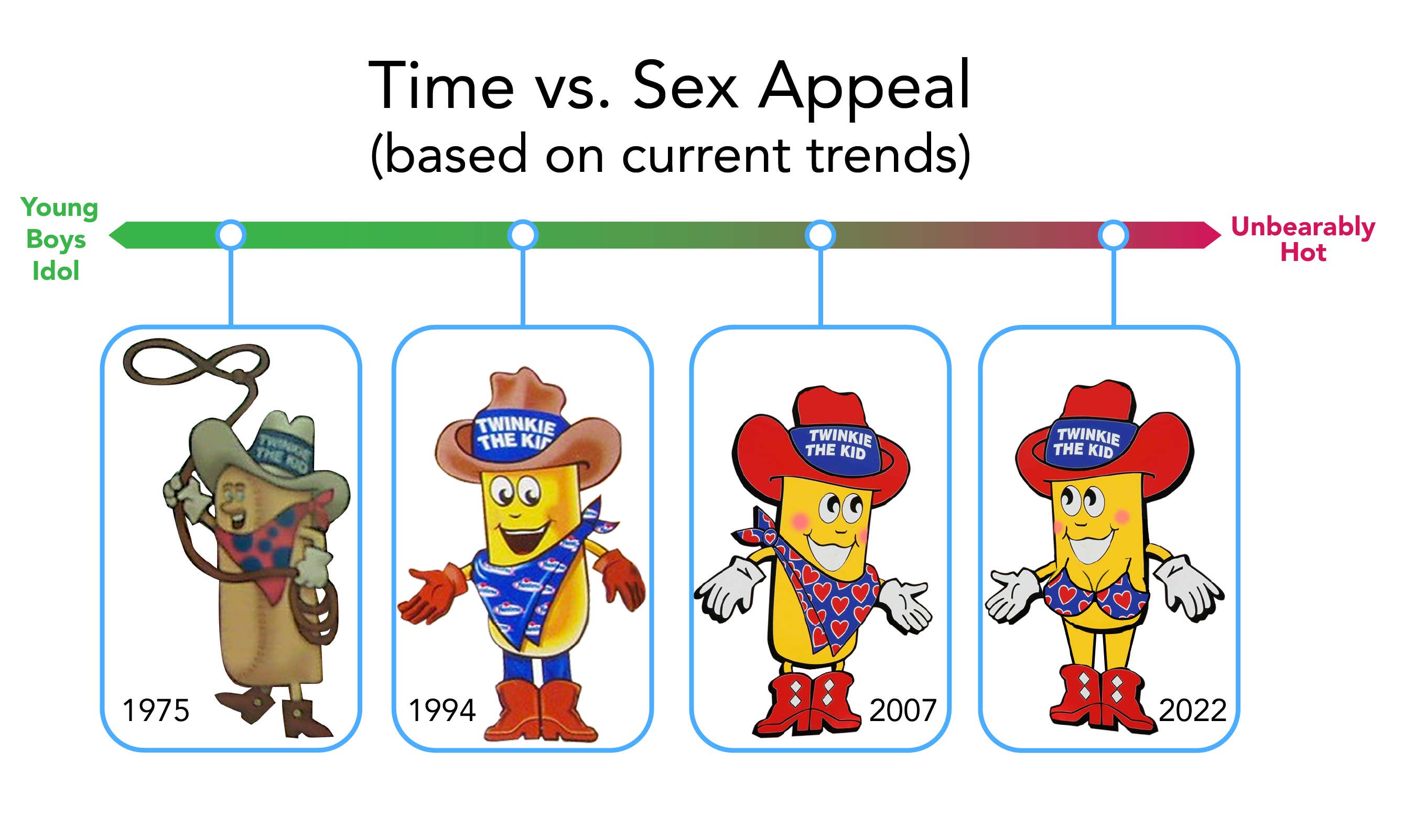 For every “Nicholas Anthony Turani, I’m certain it’s just you that fetishizes Twinkie the Kid, please stop calling me so often and make some friends, and no Dad can’t talk right now”, I get three times as many “Please stop talking about this again, we are in public.” Translation: “I’m uncomfortable talking about this, and, although this is something I personally worry about as well, I need this problem solved by somebody as passionate and vocal as you.” This is my cross to bear. Am I a hero? Yes. But am I doing what’s needed to protect men across the globe? Also yes.

For anybody willing to help the cause, check out my petition at change.org. And for all of the doubters, I’d like to let you know I already am halfway to my signature goal.