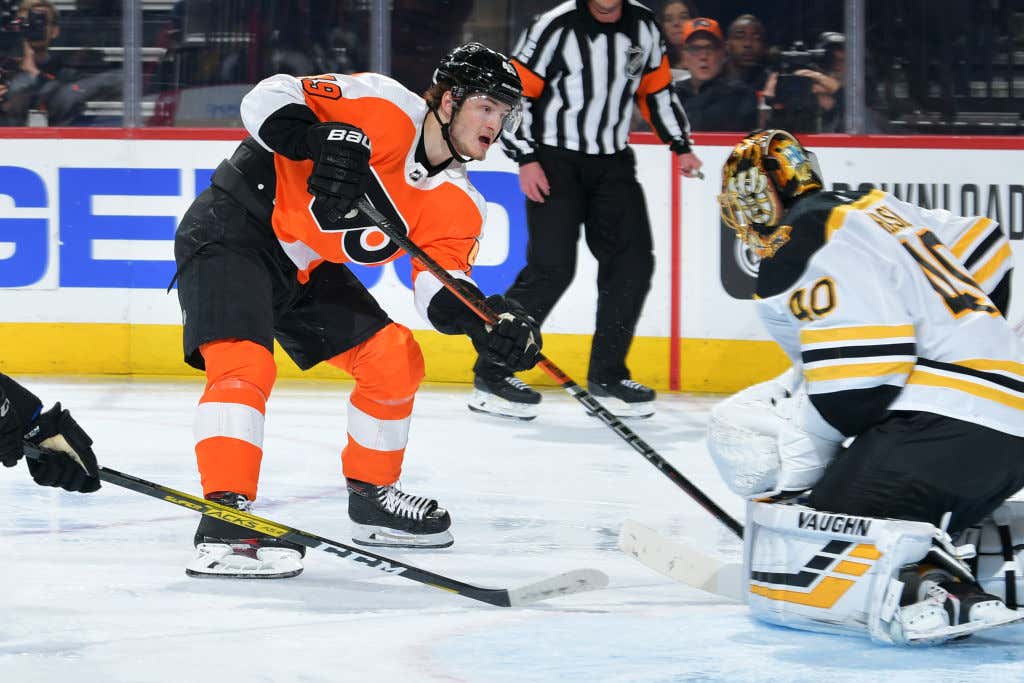 The Philadelphia Flyers men's professional ice hockey team has quite the history with streaks of the 10-game variety. The last time the Flyers went on a 10-game win streak was during the 2016-17 season. As some of you may recall, they became the first team in NHL history to miss the playoffs in the same year that they had a double digit win streak. Also, the Flyers turned around and made the playoffs the next year even with having a 10-game winless streak during the regular season. In both scenarios, it just shows that the Flyers had made a habit out of playing tragically inconsistent hockey. Gross! Yuck!

So when the Flyers had the opportunity to win their 10th straight game last night, they made the smartest decision possible--they played against Tuukka Rask on his birthday.

I think everyone with half a brain and at least one functioning eye can agree that the Flyers were the better team out there through at least the first 2 periods. They were getting the majority of the chances, they were controlling play, they were heavy on the forecheck, they were doing everything they've been doing to rack up 9 wins in a row before last night's tilt. But they just couldn't get anything past Tuukka. Even in the 3rd they had plenty of opportunities even though it looked like Boston was starting to take over a little bit. So in no world was last night's loss a bad loss. In no world did last night's game prove anything besides the fact that the Flyers can for sure hang with every single team in the East. The only thing it proved is that the Flyers are smarter than everybody else and have decided to learn from their previous mistakes. They weren't going to let themselves win 10 in a row and fall into that trap. The smartest thing to do last night was to lose that game, and that's exactly what they did. 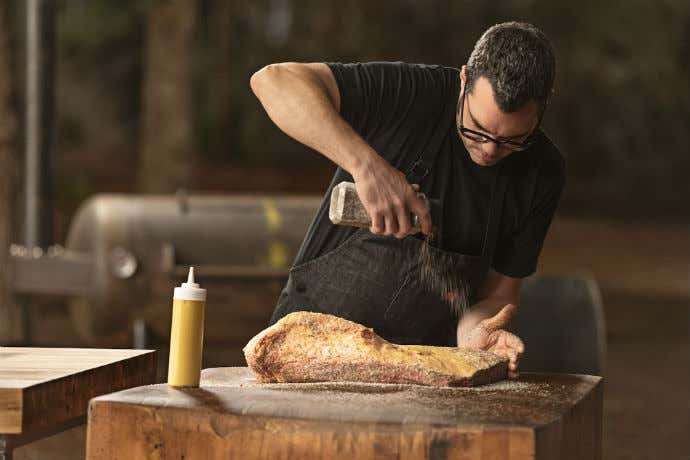 The way I see it right now, the Flyers are a brisket. Just like a brisket, they were recently cooking for a long ass time. 9-wins in a row they were on the pit for. It was one of the longest win streaks of the season so far. But here's the thing about cooking a brisket for that long--you then need to give it plenty of time to rest before slicing into it if you want to achieve the perfect final product. So the Flyers currently need to cool down a little bit. They picked the perfect time to cool down, though, because you don't want them to be resting just as the playoffs are starting. That's when you want to be slicing into them. So you cool down after a long win streak now and then once the Stanley Cup Playoffs get here?

Boys,,,,,,the Flyers are going to be so juicy, so tender, and just the most perfect slice of brisket you could ever dream of. And it's all thanks to the Boston Bruins giving them this loss right now so they can enter the playoffs after a quick cool down period. That means so much more than the 2 points in the standings would right now.

P.S. - Flyers vs Bruins ECF would be worst case scenario for Boston. Even if they win, they are going to be limping into the Final after having to play against this Flyers team 6 or 7 times. I can't wait to see just how much that town starts to hate Aube-Kubel after that little bastard is out there bullying the shit out of everybody. They don't even know he exists right now but woah baby are they in for a treat. The league needs this matchup.