I have so much inner turmoil with myself regarding the bat flip.  On one hand I fucking love them.  "Oh I just hit a ball 600 feet off you?  Here let me stick your nose in it."  I love cockiness so long as it's backed up and doesn't make its way off the diamond.  But on the flip side if I'm a pitcher I'm 100% putting my hardest 91MPH fastball right between the next hitter's numbers.  That, or I'm waiting for the kid who bat flipped to hit again and really sending him a message.

I feel like I shouldn't hold both beliefs, but I do.  Sue me.  That said, this Druw Jones kid is a freak.  I mean he's gotta be as his dad was one of the very best players in the game for a stretch and in my opinion, should be a Hall of Famer.  Baseball courses through his veins.

He's a top 10 HS player in the country for his class and could absolutely sneak into the 1st round based on raw tools alone when he's draft eligible, which isn't for another two years.  Look at his projectables:

That's pretty fucking good for a kid who's only a sophomore in HS right now.  I mean goddamn.  Kid has that long, wiry frame that has a lot of filling out to do too.  Both pro and college scouts love this kinda build: 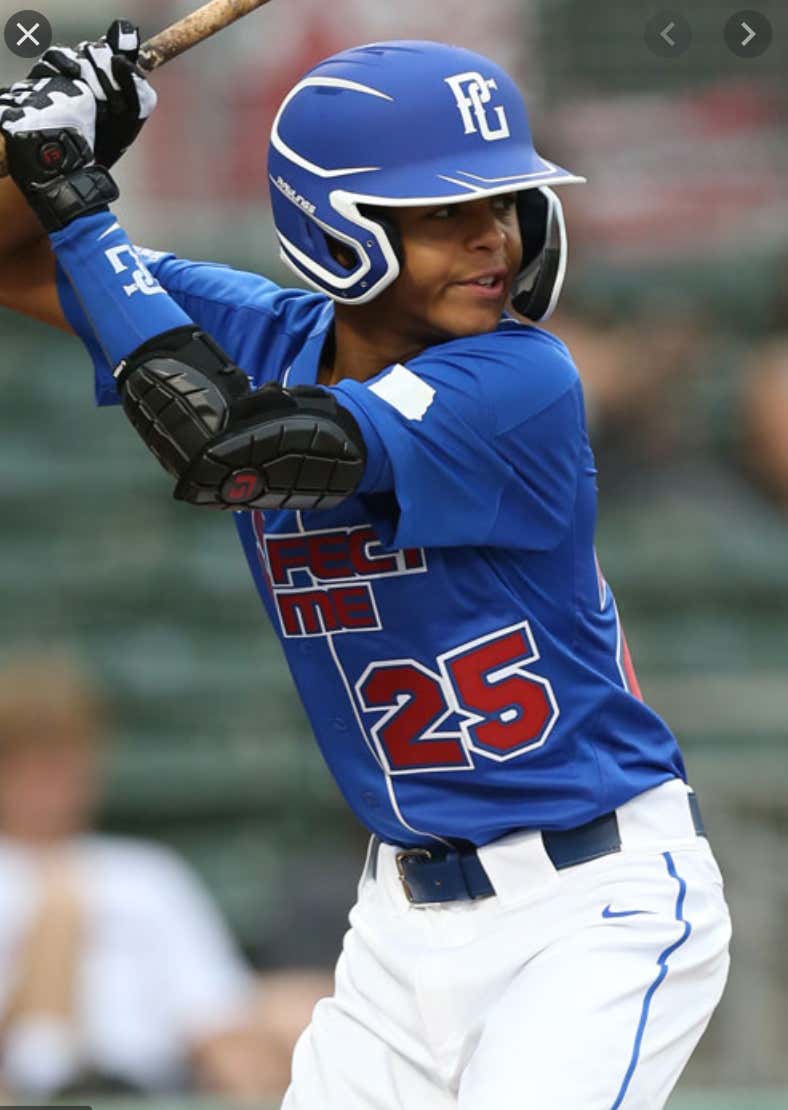 Get'm in a weight room and get'm to 6'3", 200 pounds with power to all fields.  A tale as old as time.  Soooo yeah.  Kid's a dude.  He should still be on the business end of some HS fastball in the coming days though.  I think his old man would agree.