First things first- don't tweet at them in anger or anything like that. Obviously Barstool is the big bad wolf of the internet so they have now decided their best course would be to tread lightly, or in this case, completely ignore us. They literally have meetings about if they want to include Barstool in these brackets as if they are *so* important and it matters one way or the other. But they know what will happen if they put Barstool podcasts on the bracket, we would sweep the field and the blue checkmarks of Twitter will be very disappointed in them. So they leave us off completely instead which is just outright admitting defeat from the jump.

And this will happen all month long. There's no sense getting bent out of shape because some random blog didn't put your favorite podcast in their wacky little bracket thing. I think we can all agree that if the bracket was fair Cracking Aces would already have won that thing in a landslide. But alas, it's not even on the sheet. Neither is Pardon My Take, Chiclets, ZBT, etc. Shit, Joe Rogan is the king of podcasting and he's not on it. But hey they made sure to include Serial, you know, the podcast from 2014.

This happens yearly. People take this sort of thing SO SERIOUSLY. Same for all those "Top 40 Under 40" lists. I never understand it. They use made up criteria to get RTs from the most popular figures in sports media, it's genius. I should start putting out those sort of lists every week.

So just consider this, and all other brackets like this, a win already. But I would like to imagine Daddy Gang finding out about this and getting REALLY MAD. Daddy Gang vs sports blog...well maybe that's actually already happening..... 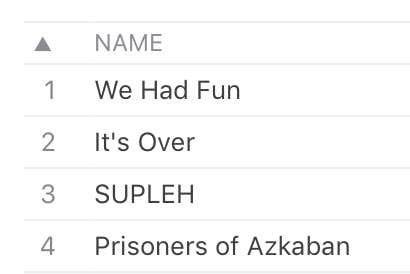