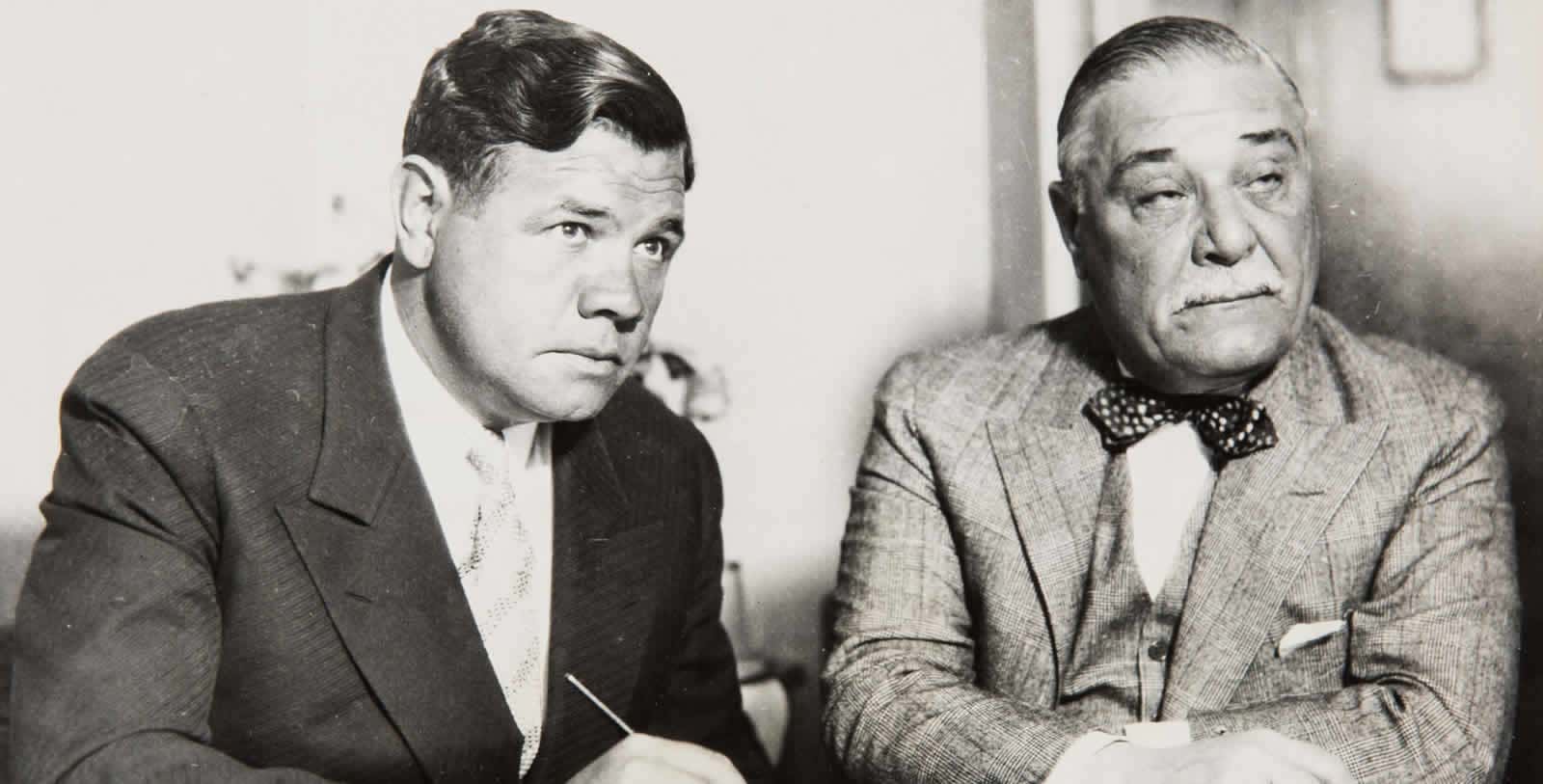 Babe Ruth signs a two-year contract worth $160,000 with the New York Yankees. Upon giving Ruth, his new contract, Yankees General Manager Ed Barrow, declared that “No one will ever be paid more.” The contract was shocking for its time, as his $80,000 salary was more than that of President Herbert Hoover, who was getting $75,000. When asked about getting more than the President, the Babe responded that he had a better year.

Babe Ruth had been the highest-paid player in baseball since he came to the Yankees a decade earlier. He had made $70,000 in 1929 and was seeking a three-year contract at a time that player contracts were typically year-to-year with the reserve clause locked in. The contract amount was especially shocking since the stock market crash in October had begun the great depression. Naturally, this fit in with the line by Babe Ruth that he had a better year than the President.

The $80,000 that Babe Ruth made in 1930 and 1931 were the biggest contracts of his career. As his career began to diminish, Ruth’s salary was lowered as was everyone else in the game, as the depression took a toll on the game. Babe Ruth would have the game’s top salary until 1935 when Lou Gehrig took over the top spot making a mere $31,000. Ed Barrow’s prediction that nobody would make more money would hold true for two decades before Joe DiMaggio got $100,000.

Six-figure salaries remained an outlier through the 1950s as Willie Mays was baseball’s top earner making $80,000 in 1960. By that time with inflation, the $80,000 Mays was made half the value of Ruth’s $80,000 three decades earlier. Of course, the reserve clause locked players to teams, and teams held all the power. In 1957 Mickey Mantle famously got a pay cut after winning the triple crown, because he lost points on his batting average.

After the reserve clause disappeared and free agency bean, baseball salaries began their rapid climb. Nolan Ryan was baseball’s first millionaire, making $1 million after signing with the Houston Astros in 1980. Mike Trout of the Los Angeles Angels is slated to be the highest-paid player in 2020, making $37.7 million.