I must have my head firmly up my ass because I was convinced one of my favorite heavyweight prospects, Adam Kownacki, was fighting NEXT WEEK at the Barclays.

Well, I was dead wrong because TONIGHT...

Undefeated Polish star and Brooklyn native Adam "Babyface" Kownacki  (20-0, 15 KOs) will headline a night of heavyweight showdowns and look to thrill his hometown crowd when he takes on Robert Helenius (29-3, 18 KOs) in a 12-round WBA Heavyweight Title eliminator headlining FOX PBC Fight Night. 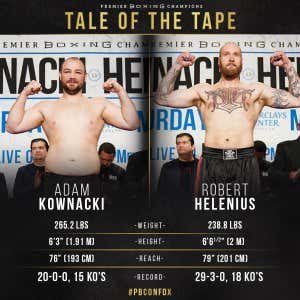 The fight card will also feature heavyweight sensation Efe Ajagba in a 10-round fight in the co-main event against former title challenger Razvan Cojanu, plus rising heavyweight Frank Sánchez steps in to face Philadelphia’s Joey Dawejko in a 10-round attraction.

So I just scrambled onto StubHub and got a couple of seats in Section 8, and I am back on track.

This will be Kownacki’s 10th fight at Barclays Center, and the second time he has fought in the main event. He was a headliner in August when he defeated Chris Arreola (the only Mexican heavyweight I know of not named Andy Ruiz) by unanimous decision.

You may remember, the heavyweight tune-up fight before Fury vs. Wilder II involved two competitors that I felt didn't deserve to be there.  And one of the only things those two tomato cans had in common was they were both tuned up earlier in their careers by my handsome friend Adam. 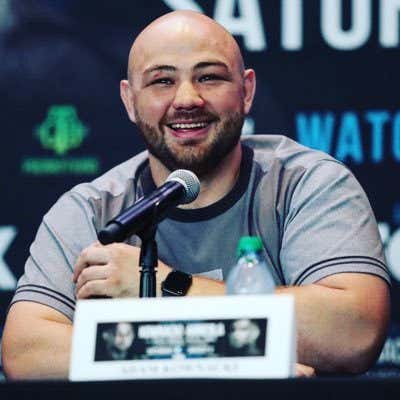 Plus, Babyface kinda looks like me, so I tend to pull for fellow doughy white guys.

Don't know a ton about his opponent tonight except for at 6-foot-6, Helenius is three inches taller than Kownacki, he is from Finland, he kind of looks like a biker/Viking, and has been fighting professionally since 2008. 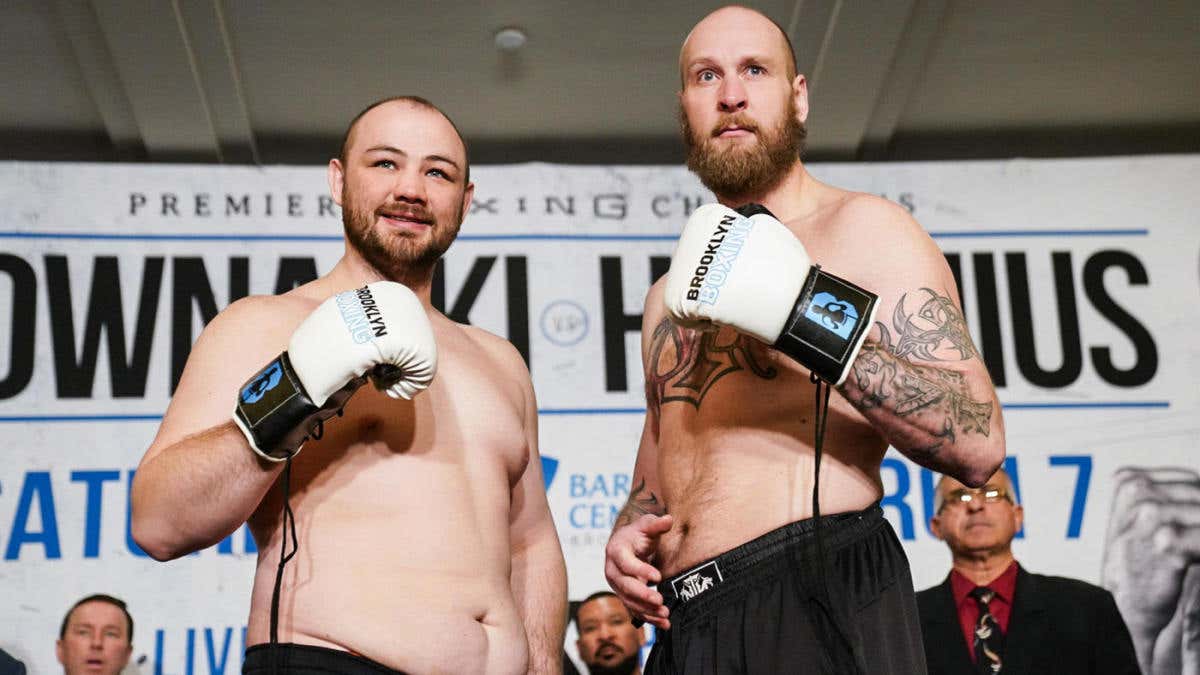 I do know that Kownacki is a brawler who likes to move forward towards his challengers.  He eats a lot of punches and he throws a lot of punches, so he is entertaining-as-fuck to watch and easy-as-shit to root for.

The undercard has a rising Nigerian star named Efe Ajagba (12-0, 9 KOs) who is being groomed for an eventual title shot and has one of the weirdest DQ wins I have ever seen when his 2018 opponent, Curtis Harper, walked out of the ring just before their fight began...

Harper later said he ran away as soon as the opening bell sounded in protest of the purse he was receiving, but I still think at least part of Harper's decision was that he was a scared bitch.

The fights will be televised live on FOX after 8 PM with the Main Event set to go off around 9:30, I assume.  I will be in attendance, so stop by with a beer if you see my bloated ass wandering around aimlessly.

Listening to Babyface… Before I bring my big ol' baby face… To Brooklyn to watch Babyface.

Helluva way to spend my Saturday.