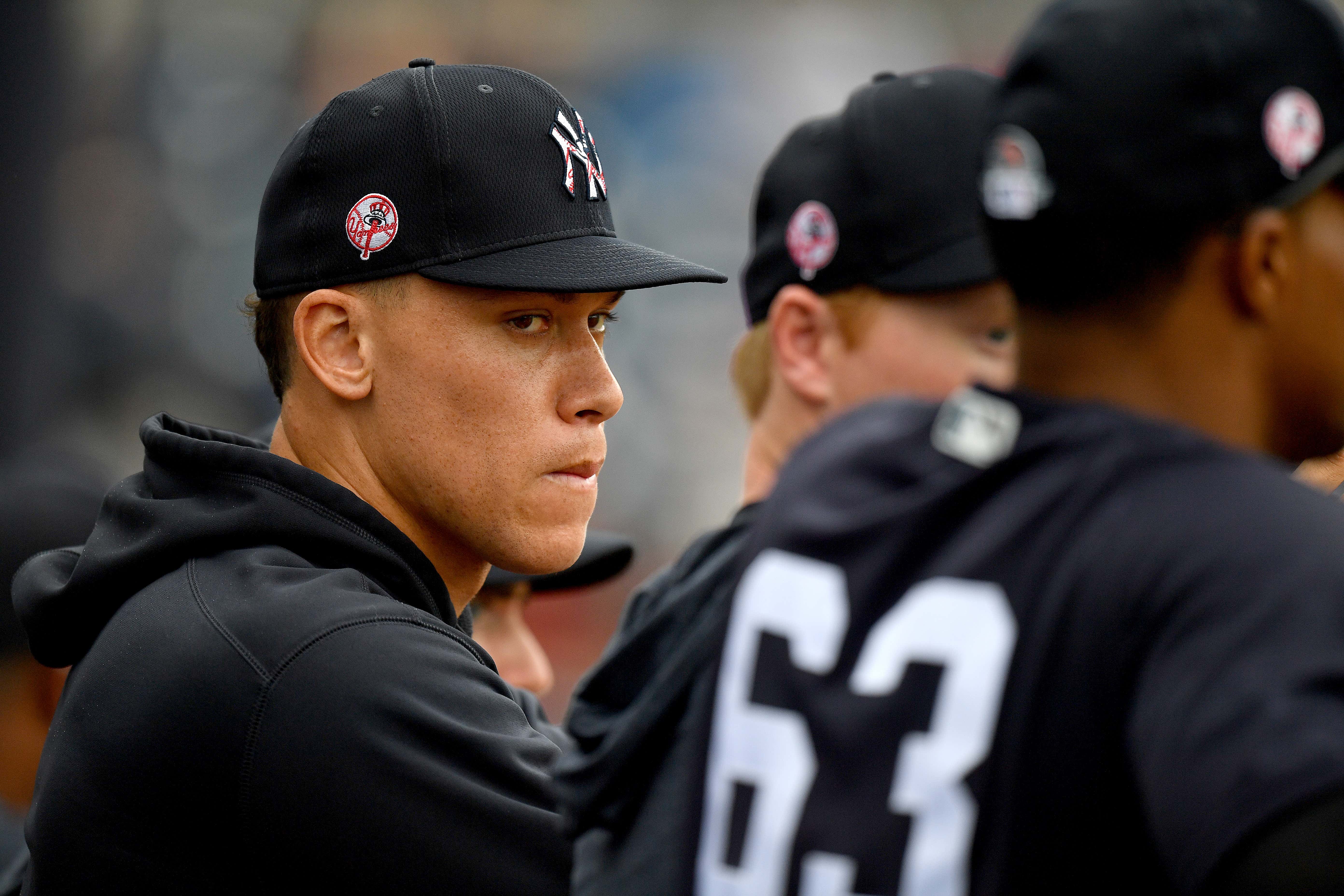 I am so confused. Aaron Judge has had a stress fracture in his rib since September???? September as in six fucking months ago. That's now three injuries from LAST SEASON that are being dealt with now. Luis Severino's forearm soreness, James Paxton's back, and now Aaron Judge's rib. It is INSANE how incompetent the training staff was from last season. Bring in a guy who knows what he's doing in Eric Cressey and we finally start getting to the bottom of players' injuries.

The thing that confuses me is how in the world do you go all offseason with this and not say anything? There's no way Judge spent the end of October until February with a fractured rib and didn't notice something was off. There's just no way. It's insane that this could have been something handled in October and he'd be completely back to full strength by now if they just addressed it then.

Regardless, Judge will take these next two weeks to rest. He'll obviously start the season on the I.L. and at the bare minimum miss most of April if all goes well. They haven't ruled out surgery but from the way everything goes with this fucking team you almost have to expect surgery and be relieved if he does avoid it. Surgery would look like months to me. I've yet to see any timetables on that specifically but I'm thinking at least half the season if he has to have an entire rib removed. You have to think if the only way that will heal this (without surgery) is rest then what is an extra two weeks going to do when he's had the whole offseason to do that? At this point I'll be shocked if he avoids going under the knife. Motherfucker.

Tauchman, Andujar, Clint. Huge time for all of those guys. I see people asking the Yankees to go after Yasiel Puig, who is still a free agent. Honestly I wouldn't hate it because I've always loved that guy, but I trust the guys ready to step in that are already on the team.