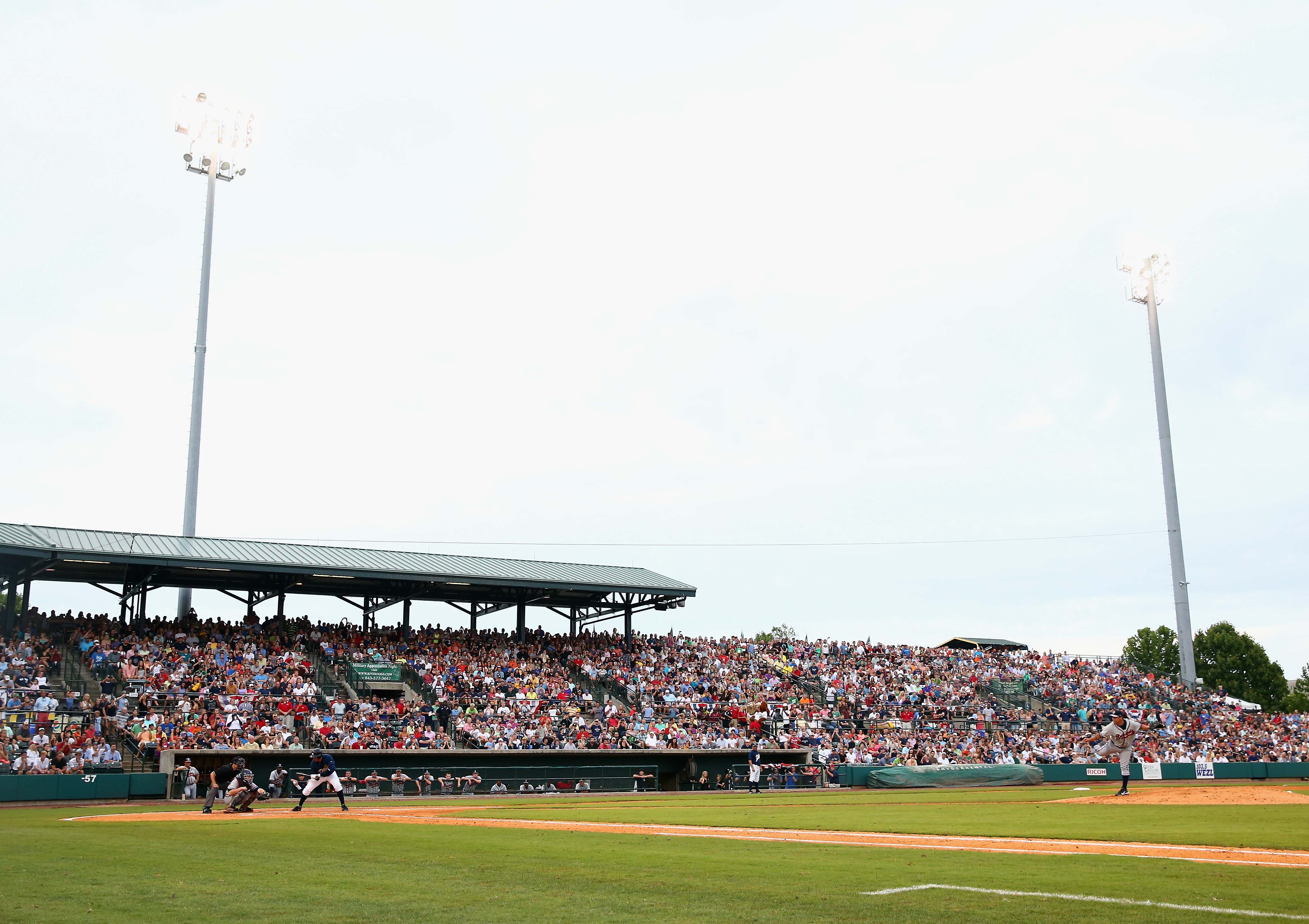 Post and Courier — After announcing a promotion that offered a “juicy spin” on the O.J. Simpson murder trial, the Charleston RiverDogs on Thursday said they have removed the idea from the 2020 calendar.

“After taking a step back and having further reflection on the overall message that was being conveyed, it was the responsible thing to do,” team president Dave Echols said.

Wacky promotions are some of the best things about Minor League Baseball. You can head out to the ballpark with some friends, get a $2 ticket and proceed to enjoy $1 beers on Thirsty Thursday and then try to throw tennis balls into a kiddie pool in center field after the final out. It's a great time for everybody.

For the 2020 season, the Yankees' Single-A affiliate Charleston RiverDogs had some great promotions planned, including things like human cannonball night and crossword night with Stanley from The Office.

But they weren't stopping at just your normal MiLB hi-jinx. Charleston went above and beyond, announcing an O.J. Simpson trial night promotion. Regardless of what was even going to happen, you have to give it up for the RiverDogs' marketing department. There is no such thing as bad publicity and this was certain to get people talking.

Unfortunately, we obviously didn't even make it to Opening Day before the promotion was scrapped after public backlash, which is understandable seeing as how, you know ... people were murdered. Apparently it was just going to be people voting on stuff with an O.J. t-shirt on.

The RiverDogs’ spin on the trial centered around orange juice. In their promotional description, the RiverDogs wrote:

“The trial of the century gets a juicy new spin. We will finally receive the verdict that everyone has been waiting for … pulp or no pulp?.”

“Fans will act as our jury, voting with custom paddles to reach verdicts on various topics throughout the night. The eyes of the nation will be upon us. Fans will receive an “OJ Trial” shirt upon entering the stadium. If the shirt don’t fit, you must … see if we have a different size.”

Twenty-five years later and everybody is still fascinated with the O.J. Simpson trial. One of my life's biggest regrets is that I was not here to see it. I live for true crime and courtroom drama. The O.J. trial would have been my moment to shine.

Every time one of these things happens, I'd just really like to have been a fly on the wall when it was pitched and approved. The cancelation makes it seem as though the team really didn't think there would be backlash on this, which seems silly. I would have so much more respect if they just stuck by it and held the promotion anyway.

If the RiverDogs have any real marketing fortitude, they'll wait a few weeks and announce a reversal upon appeal to a higher court and reinstate O.J. night. I guarantee it would be the most highly-attended Charleston RiverDogs game ever.