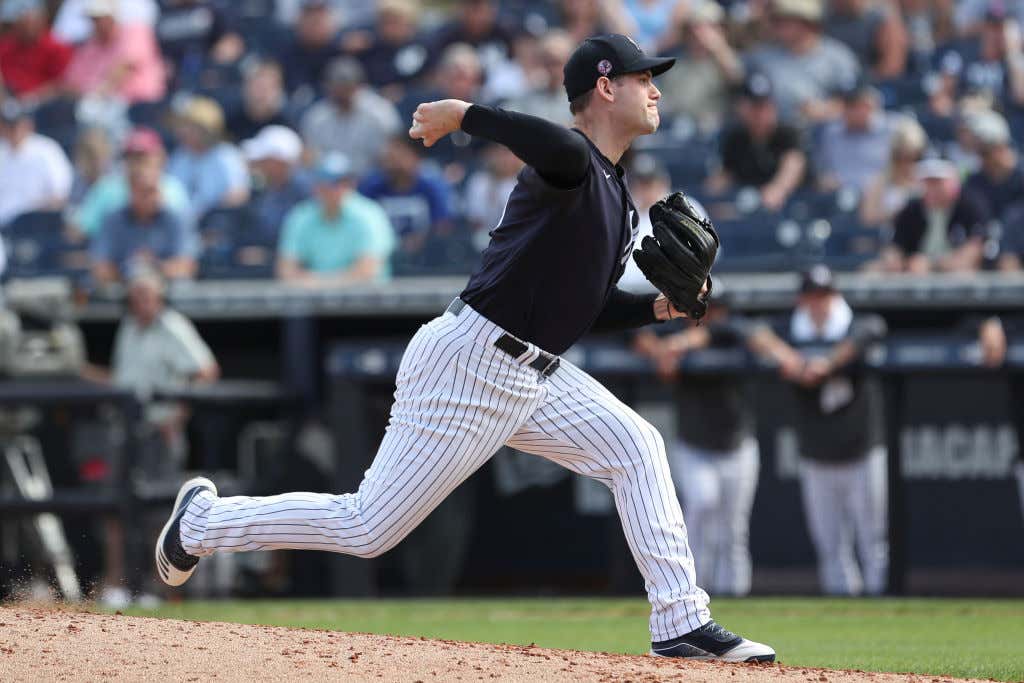 We are now less than three weeks from Major League Baseball's Opening Day and teams still have absolutely no idea how they're going to handle Rob Manfred's new idiotic rule --- the three batter minimum.

I honestly don't know if there is anyone in baseball who likes this idea. Seriously, how did this get passed in the first place? Literally everyone I talk to who watches baseball, covers it, or plays it professionally despises the idea. I get the goal is to always speed up the game and eliminate 4 mound visits an inning. Kevin Cash will no longer be able to go batter for batter for six straight outs which is definitely a plus. But the idea that in later innings you might have to go through a team's 3-4-5 with just one reliever rather than trying to go lefty-lefty and then being able to audible for the fearsome righty up next is nonsensical. This is just wildly unnecessary and will create way more headaches than relief. When the MLB switched from the DL to the IL last year because it was insulting to the handicapped I lost my mind, but by May it was ingrained in me. This is different.This is a rule that is going to change the game forever. It's going to make managers' heads explode. It's going to decide the results of games plain and simple.

Jayson Stark published an article this morning on The Athletic as he shared several managers' insights on the new debacle of a rule. Basically no one knows what the fuck to do.

Terry Francona: “What if (Corey) Kluber goes 7 1/3?” Terry Francona muses. “And we’re playing San Diego, and they’ve got (Eric) Hosmer and (Manny) Machado (coming up)? I’m just having a hard time — and I know when the season starts, nobody is gonna give a shit that I’m having a hard time. But I’m going to have to figure out what we’re going to do. And it bothers me.”

Joe Maddon (Angels): “You’re going to be put into situations that you never, ever wanted to be in — and you worked hard not to be in.”

Bud Black (Rockies): “A team should be able to do what they want to do with their players.”

Torey Lovullo (Diamondbacks): “It’s not going to be as simple as people think.”

Stark brings up certain things you're just not going to see like the reliever who comes to the field and tells the manager he can "give you one" that day. If you're available out of the pen that means you have to be able to throw to three batters. Or that weird shit the Rays do where they stash a reliever at first or the outfield so they can bring him back in to pitch to the next hitter.

“That’s done,” Cash says. “Done. What’s the benefit of doing that, unless I want Kolarek to play for three batters at first base?”

What you're definitely going to see more of is fake injuries and it'll be up to an umpire to determine what the hell is going on. Will you potentially get fined for that? Is this going to be baseball's version of flopping? How can you determine what's real and what isn't? Stark brings up a situation where a pitcher gets yanked on a 3-0 count just so the next pitcher can steal a batter used by just by throwing a ball. Now that is next level, but my head already hurts thinking about it.

I'm not sure baseball is ready for this kind of change. It's going to fuck things up. I just know someone like Ottavino is going to come into a game in a crucial point and you're going to see immediately that he doesn't have it. It'll be a disaster. Normally you could just yank a guy like that, but with this rule you have to just watch him be fed to the wolves. We're less than three weeks away from March 26th and no one is prepared for this shit. Thanks Manfred.