So this is starting to become a tradition for Northwestern. It's pretty cool. They let their seniors design jerseys for Senior Night. Last year they gave us this look:

They were pretty awesome. They were a bit of a throwback to the 90s Northwestern teams but also they just looked like the Vancouver Grizzlies. Not that I'm complaining about that - the Grizzlies had phenomenal jerseys. Wish the Memphis Grizzlies would just wear them full time. Way better than what Memphis currently wears.

But now I'm starting to notice a trend from this 'smart school' that WhiteSoxDave loves. They are just flat out creating 90s NBA jerseys for Northwestern. Look at the jerseys this year. They are the 90s Jazz. 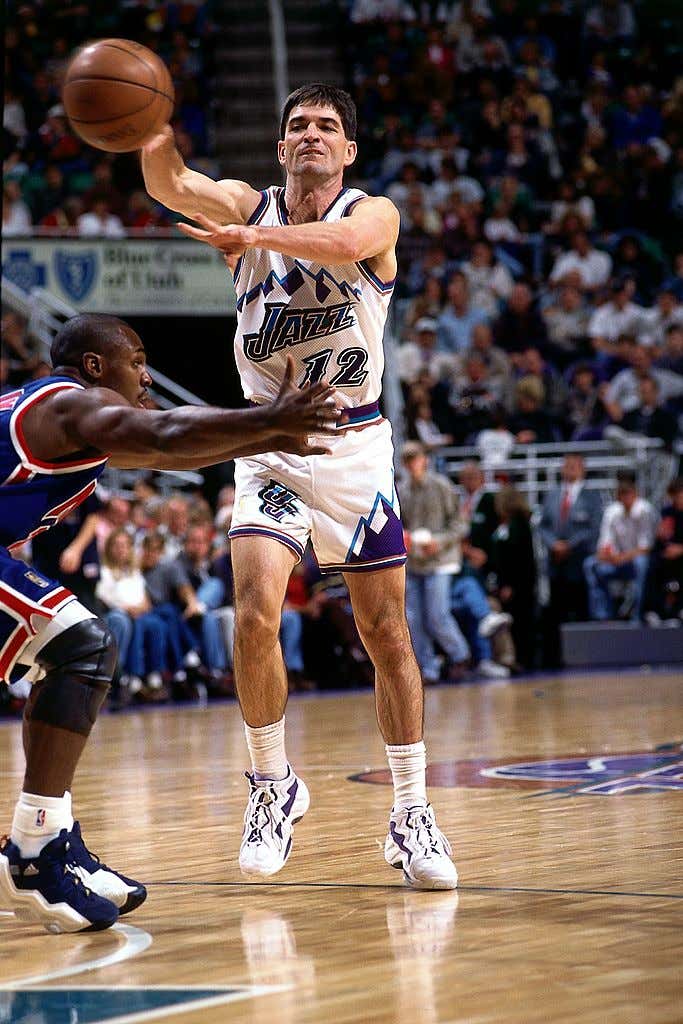 Now I get that it's a recruiting tool and a cool thing to let players do. But I kinda want Northwestern to keep this strictly as 90s NBA knockoffs. Next year they need to come up with the turquoise Pistons logo. Give me the Magic and Hornets pinstripes. That or just go Eastbay style AAU jerseys. That would be more appropriate for Northwestern.