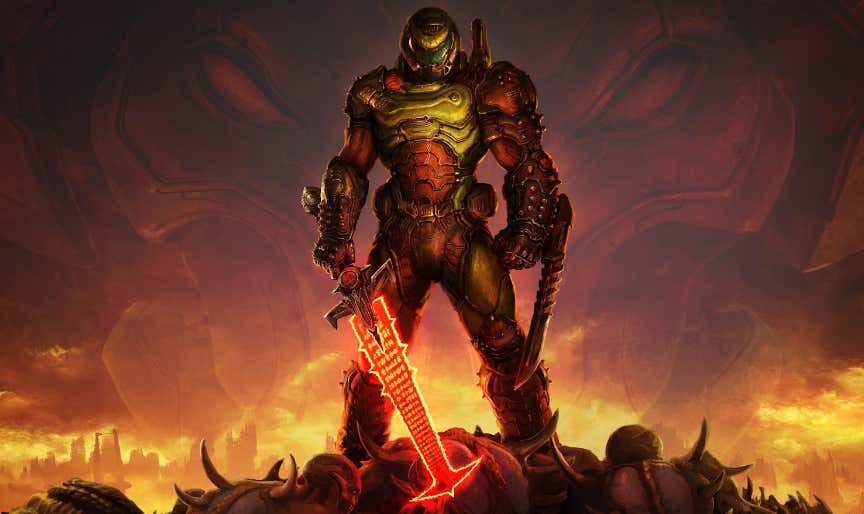 In case you haven’t been paying attention, 2020 is about to be one of the best years in video gaming history and it starts this month with an absolutely STACKED slate. But what should you actually play? What games are going to be good and what games are overhyped garbage? Well allow a 22-year gaming veteran to guide you. I’ve played literally everything from Atari 2600 to now. I know my shit and I can tell before a title even comes out whether it’s going to be good or not.

This is the first (and probably longest) monthly gaming preview I’m going to be doing so I hope no matter what type of gamer you are, you’re able to find something here that tickles your balls (or ovaries) just right. Let’s dive inr:

Opening with a game that technically hasn’t even been revealed yet? Kinda bold move ain’t it? It is but I cannot see Activision/Infinity Ward waiting any longer than a few more weeks to release their free-to-play battle royale mode. Once you put a “CLASSIFIED” tab right smack in the middle of the home screen you only have so long before you lose all the hype. This game needs to be released like yesterday because I am DYING to play it. I’m pretty burned out on the whole battle royale genre but I’m also a #CoDGOD. Guarantee I will be munchin on chicken dinners and victory royales (with cheese) for weeks.

Ori and the Will of the Wisps (March 11th, Xbox One/PC)

I think Xbox has made a ton of horrible decisions during this console generation, but one of their best ones was acquiring Moon Studios, the team behind Ori and the Blind Forest. From the art style to the soundtrack, it’s one of the most beautiful games I’ve ever played and based on everything I’ve seen about the sequel, it looks like they’re doubling down. While Xbox technically owns the studio, it still operates more like an indie studio, which means they actually give a shit about the end product. I’m warning you, do not sleep on this game. It’s going to not only be one of the best games in March, it’s going to be one of the best games this year.

Do you like pain? Do you like suffering? Do you like getting kicked in the nuts when you’re at your lowest? Do you like banging your head against the wall over and over again for like 30 hours? Perfect, this game is for you. The first game was at its core just a Dark Souls clone set in feudal Japan that didn’t really bring anything new to the table. But here's the thing: it doesn’t really have to. Fans of the Dark Souls series are really easy to please. Just give them/me more of that signature ultra-difficult combat and we’ll be happy. I personally won’t be picking this up on release but I think it’s gonna do a decent game.

I don’t really have much more to say about this game since I don’t personally enjoy baseball, but I know it’s a good series and if you are a baseball fan I’m sure you’re dying to play it. This is also the first game in the series where the Minor League players are licensed, which means you can actually call up Tim Tebow and use him to save the Mets! One final note: this is also the final year of The Show being a PlayStation exclusive; it will be on all systems starting in 2021.

I grew up in a pretty big family; I have one brother and three sisters. All three of my sisters literally didn’t give a fuck about video games for years. My brother and I would play SNES and Gamecube until our parents ripped the controllers out of our hands and my sisters would just mock us for loving gaming so much. Then we bought Animal Crossing and everything changed. They played the absolute shit out of that game and eventually started to play some of the other games that they previously mocked my brother and I for. That’s what the Animal Crossing series is to me: a gateway drug into the wonderful world of gaming. Trust me: if your girl is constantly harassing you about your gaming habits, get her a Switch with Animal Crossing New Horizons and she’ll never bother you again. I, on the other hand will be in the other room playing….

Other than Ori, this is my most anticipated game coming out this month. Seriously, if you only pick up one title this month, make sure it's this one. The last DOOM was absolutely fucking incredible. Unlike most FPS games that force you to hide behind cover like a pussy, DOOM forces you to charge head on at your enemies by putting all the health and ammo INSIDE them. And boy oh boy do the developers give to a ton of badass ways to tear the forces of Hell apart. It’s like an adrenaline shot straight to the dick. Every single person I’ve talked to that’s been able to play the demo at PAX or another video game expos has raved about how awesome it is. Oh, and if you pre-order it you get DOOM 64 included, which is an all-time classic. This is going to be a Game of the Year candidate guys. Trust me, this is going to be the best $60 you spend this month.

Let’s talk for a second about the current state of Virtual Reality technology: it’s not worth the price. When I pay upwards of $500-1000 for a nice VR headset, I’m expecting Ready Player One levels of immersion. Unfortunately, the technology just isn’t that advanced yet. Don’t get me wrong; there are some really great VR titles out right now like Beat Saber, Pistol Whip, and Blood & Truth, but those games are designed specifically for VR as it sits today. You cannot convince me that triple-A games like Skyrim, Fallout, or even DOOM Eternal are better or even equal to the experience you can have on a regular console. I actually interviewed a developer about this a few months ago and he said that everyone seems to be waiting for someone to solve VR’s biggest issues: movement and immersion. And that’s where Valve comes into play.

For all the younglings out there, Valve is the company behind some of the most revolutionary video games ever created: Half-Life, Team Fortress 2, Left 4 Dead, and Portal. Then they created Steam and fell off the face of the earth. I don’t really blame them; they have unlimited money now so why should they make video games anymore? Well they don’t…unless they figure something out that’s going to revolutionize the industry again. That’s why you should be excited about Half-Life Alyx. Even if you don’t plan on playing it, you should be excited for what it’s going to do for the future of video games. It’s one more step towards bringing “The Oasis” from Ready Player One to life.

That’s all I’ve got for you this month. Did I miss a game that you’re excited about? Think I’m dead wrong? Join the Barstool Gametime Discord channel and let’s talk about it!