Well look. I'm not a fear monger by any means. I think often times the general public is put into shock and panic mode for way less than we should. That being said, I have begun to worry a little about this thing. It doesn't seem to be slowing down, we don't seem to be on the forefront of testing for it, and the general public is too stupid to contain itself. Just the other day there was the story about the person who had coronavirus who decided to go to the mall. Execution on the spot, we have no need for that person in our society. In a binary world, that person is a firm 0.

So am I worried that the CV has found it's way to Bergen County? Kinda, I guess? I mean I don't know, are we really supposed to stop living our lives? But at the same time, that's a pretty major suburb of NYC and lord knows what will happen if it hops across the river. It'll be a zombie apocalypse. I think it's only a matter of time. Just uhhh...don't breathe for the next few weeks.

Not to ramble, but my curiosity is getting the best of me- is it possible they shut the entire city down? Could there be a time where they put a 24 hour curfew on the entire city to stop the spread? I think it's improbable...but still possible. Would be wild to see, just a completely empty New York City. Hopefully it doesn't get to that, but who knows man. What if this thing is the real deal. Just stay safe amigos.

PS: The governor of New Jersey's Twitter picture has too much drip 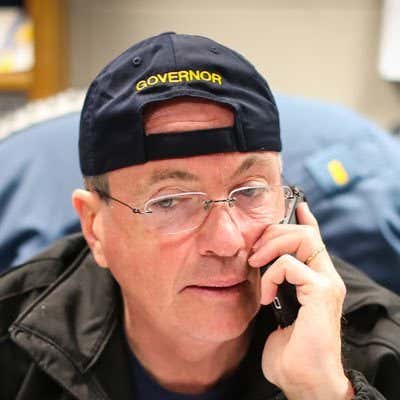 "How do ya do, fellow kids! How about this wickity wack flu that's infecting everyone, not very kewl, right?"