So this Nik Wallenda guy just finished this live on ABC right now.  I fucking hate this guy's goddamn guts for a few reasons:

1. He's singing goddamn songs and acting all hunky dory while he's looking down at a 2000 degree pit of boiling lava that is reminiscent of the one that ugly rat dude fell into in that Lord of the Rings movie.  That, and he's trying to give motivational speeches to us while I blog this in my boxer briefs on my couch.  Fuck off asshole, I'm plenty motivated enough.  I don't you spewing your verbal swill at me

2. He's advertising some coffee on his sweat pants that apparently helps you lose weight or some shit.  Fuck off asshole, I'm plenty slim.

3.  He's wearing a goddamn HARNESS.  Like take a risk for me one time dude.  If there's no risk of death by boiling alive in lava, did you even tight rope walk over an active volcano?  No, no you didn't.  He didn't use a harness when he did this over the Grand Canyon a few years back, so why now? 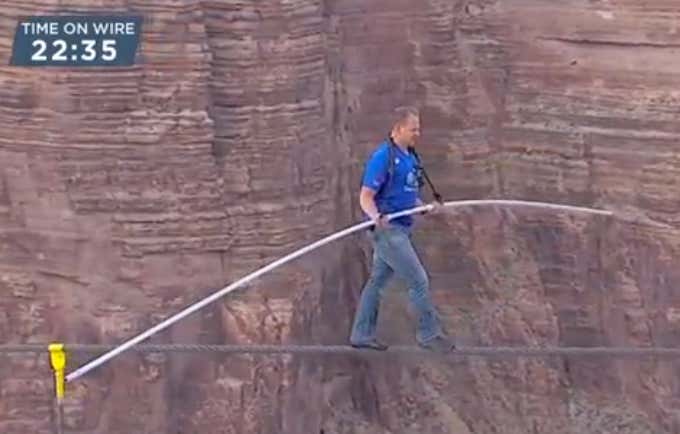 Just a complete and total fraud in every single way.