In my 23 years of living, I've always dealt with some kind of roadblock. B.D.S, surgeries, and the worst of them all, pimples. It's a shame because I shower and clean myself everyday. Even though I take care of my personal hygiene, I've come to the fact that I am a walking piece of fungus. Everyone has battled a pimple on their face at some point of time. That specific area is unfortunately the least worried area I've had to deal with. From personal experience, these are my top 5 worst places to deal with a pimple. 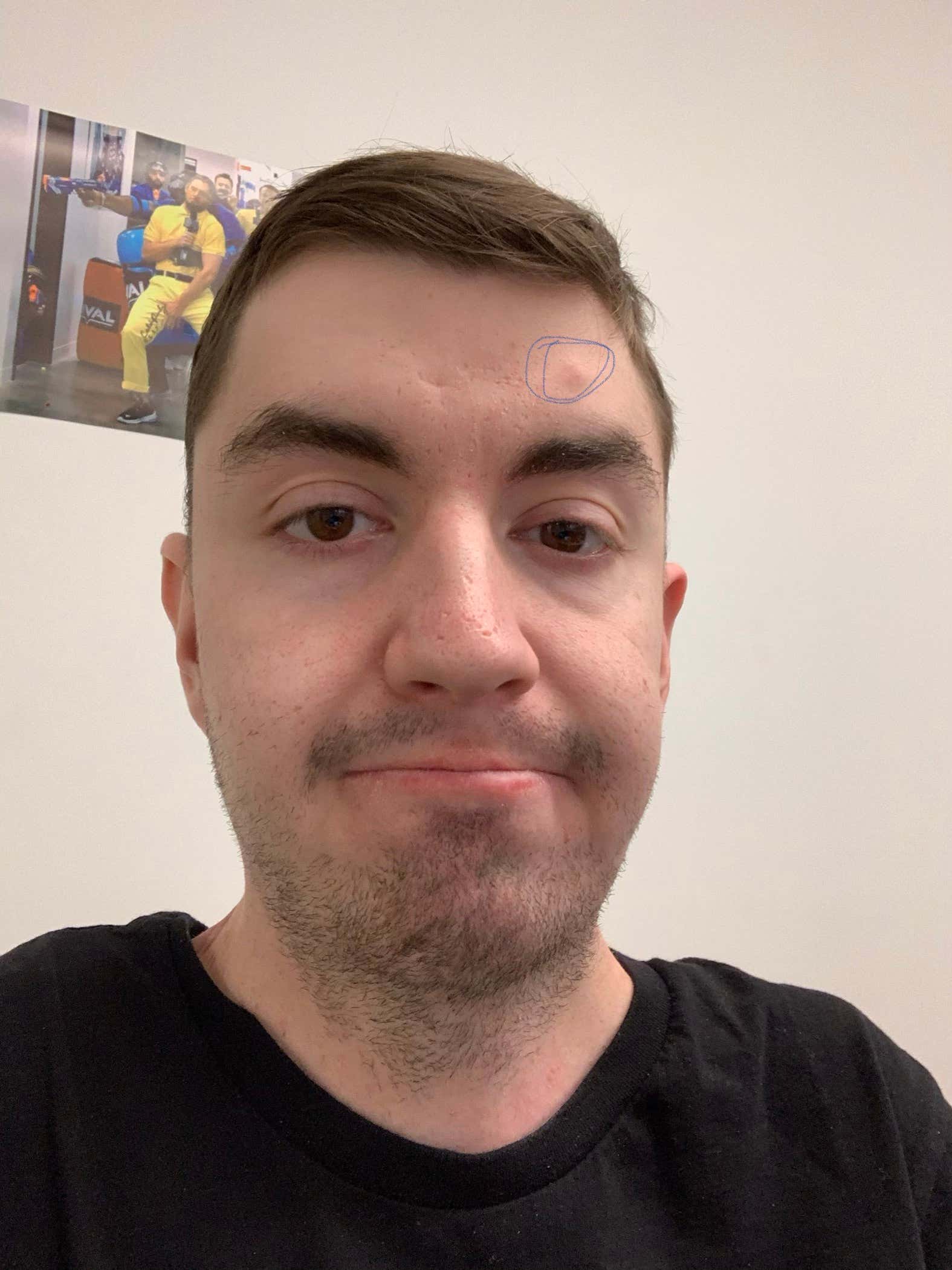 Surprise! I'm fighting one of these suckers right now. This is the most common place to have a pimple, and probably the easiest to deal with. Unless you sleep on your face, you're never applying pressure that would cause irritation. It doesn't hurt at all! The only bad thing about these is they are very noticeable. It can be on your nose, near the lip, or on the middle of your forehead. Rub some acne pads on it, wash your face, and these little eyeballs will go away eventually. 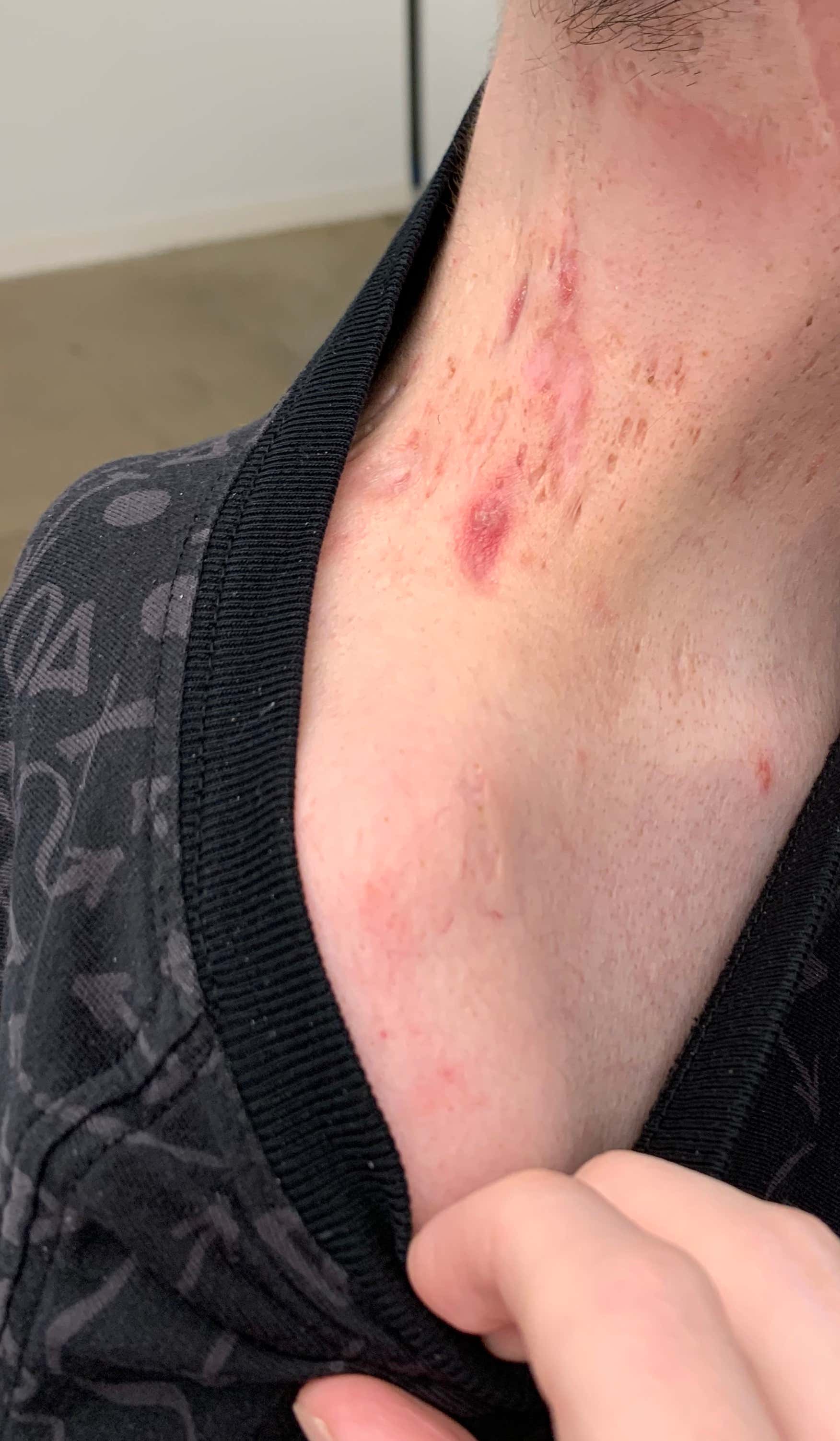 This one for me is pretty damn common. During my sophomore year in high school, I had surgery to fix some skin around my neck and shoulders. The doctors fucked up my right side and every now and then, a cyst will grow from the scar on my right shoulder. When having this zit, it's very uncomfortable when I turn my head, lay on my right side, or when I'm maxing out 15 pounds on squat at Planet Fitness. It's pretty easy to pop though. I just get a rag, apply hot water, and press that son of a bitch as hard as I can like a spider on the wall.

I really wanted this to be #2, but it's pretty damn close. I actually have one on my left armpit as we speak. No, I'm not posting a photo of it. This location is so aggravating, I can barely move my arm! I have to position my arm like it's being held in an arm sling. When it's really swollen, it hurts like a MF to raise! The more I think about it, it hurts whether or not a pimple the size of a grape is chilling. I couldn't even bench press last week! I Just realized this is the second time I mentioned that I workout. Let's go third time's a charm. "Hey Mantis, are you back into working out?"

You're lying if you say you've never had a bump on your dump. The ass is one of the shittest spots to have a zit. I don't know why, but it's always on my left cheek and never the right. I remember one day in junior high where I stayed home "sick" because I had this zit so big that I couldn't even sit down without dealing with the pain! I actually had one last week, but it's recovering as I popped it the other day.

But let me tell you, there is no better feeling than when you know that zit on your ass popped. You'll be sitting down, feeling the pain get worse and worse, and all of a sudden, feel nothing. "Oh shit, it popped!" And you know it popped when you drop your pants to go #2 and your underwear looks like it was soaked in a bottle of Ketchup. At least for me that's how the story ends.

I've never heard anyone tell me they've had a pimple on their scapula. I'll get these a few times a year and this area also sucks. Besides trying to sleep on it, my favorite memory was a night at IUPUI where a girl was backing that ass up on me on the dance floor. She pinned me down to a wall and I was trapped. My back was being rubbed up on the wall and I had a zit on my scapula. Holy shit, I felt like the wall was a cheese grater and my zit was ready to explode! Thankfully, there was no popping of the zit. But that girl's ass was.

1. Between The Left Nut And Thigh

(I have documentation of this, but there's no way in hell I'm posting it).

Besides birth, this may have been the worst experience of my life. During my junior year of high school, I developed this ingrown hair between my left nut and thigh. This was unlike any zit, pimple, or cyst I have ever experienced. It was purple, it was swollen to the max, and it was like the Devil was puncturing a needle into my skin 24/7. After days of using acne pads and trying to pop the thing, I gave up and went to the doctors. It's a good thing I did because they told me it was infected and needed to be popped asap. I remember texting my friends in a group chat and saying, "Guys, this might be it. Feel free to take my PS4 and Xbox if you want them."

I got sent to a room, had a nurse rub some alcohol padding on it, and she proceeded to stick a needle into the infected ingrown hair. I don't remember a time where I screamed, "OH MY GOD" as loud as that moment. Let me tell you, the needle did the trick. But when the nurse squeezed her thumbs between the infected zit, I just about passed out. I was surprised I didn't pass out when I looked down and saw all of the white puss oozing out! It was like someone kept their hand on a McDonald's vanilla ice cream dispenser for a minute. It honestly would've been the greatest episode of Dr. Pimple Popper if I filmed it.

I wouldn't wish these pimples on any of my enemies. I really hope you can relate to some of these traumatizing moments and I can pretend that I am somewhat like you, a human. I also really hope you weren't eating when reading this. If so, my bad.