You may remember The Naked Philanthropist Kaylen Ward, who did her part to make the world a better place by raising over a million dollars to help Australian wildfire relief through the power of her goodwill, social media presence and enthusiasm for taking off her clothes on the internet: 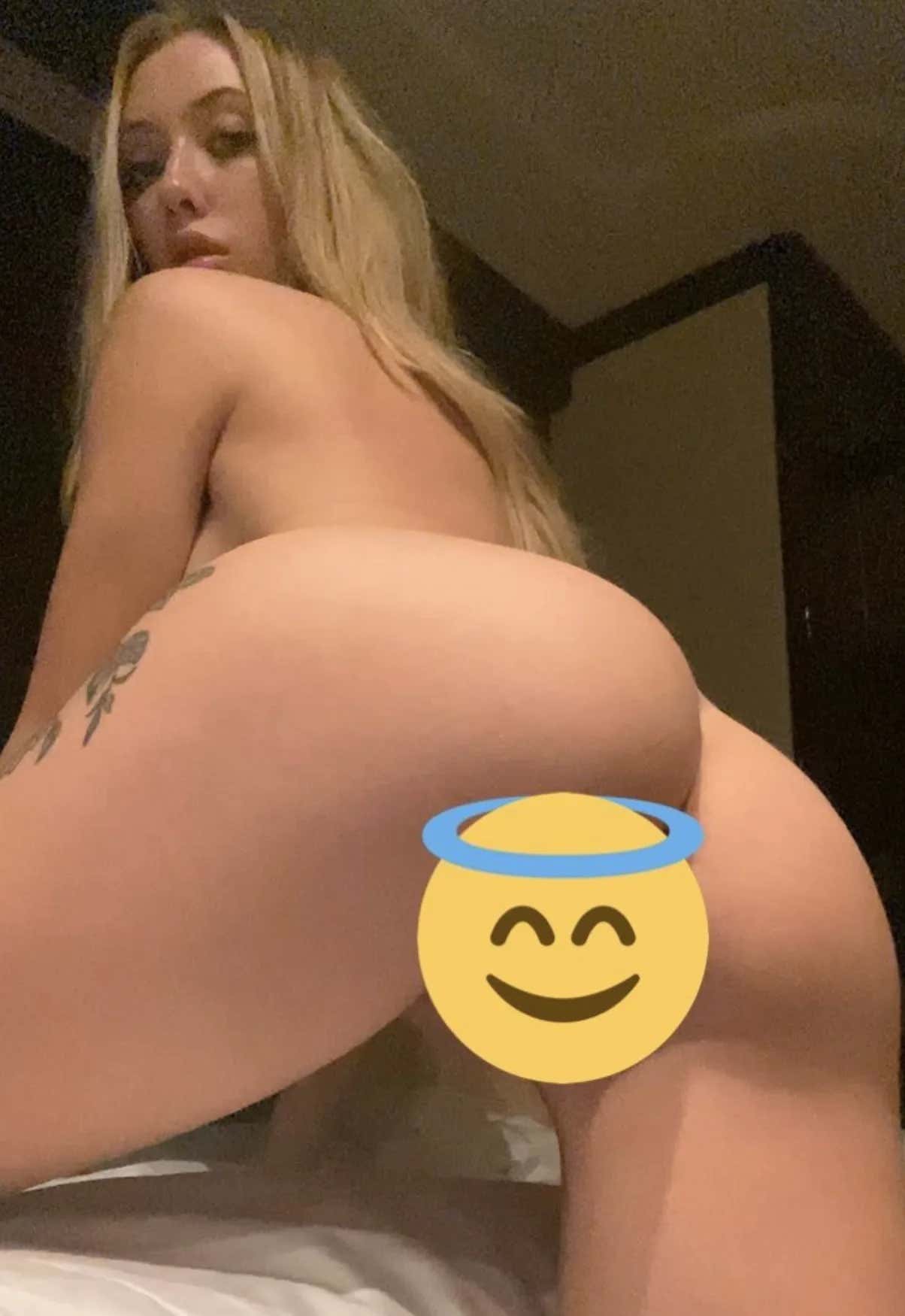 It truly was one of the great human interest stories of our times. An inspiring tale of hope shining through the darkness. The kind of thing you can hold up as an example to your children that one person can make a difference if they set their mind and body to it.

Sadly, it's quite possible this tale may not have a happy ending. It began, as so many bad things often do, with a Tweet: 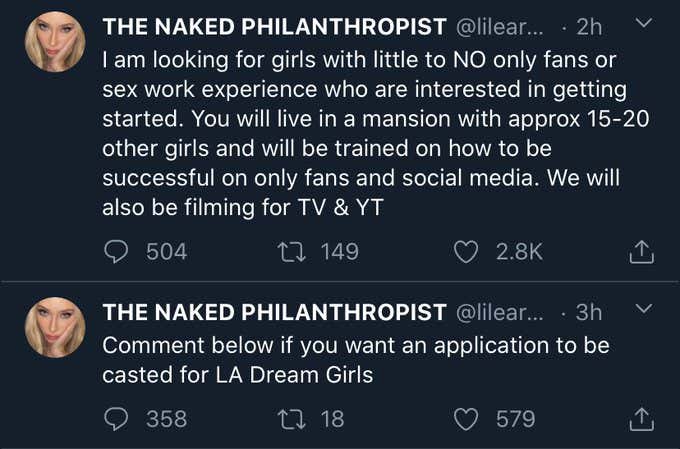 Which has sparked a nasty backlash:

On Monday night, Ward tweeted that she was looking for girls with little to no sex work experience who were interested in getting started. “You will live in a mansion with approximately 15-20 other girls and will be trained on how to be successful on OnlyFans and social media,” she wrote. “We will also be filming for TV and [YouTube].”

“Comment below if you want an application to be cast for LA Dream Girls,” she added in a subsequent tweet.

Her original tweet quickly went viral as many pointed out the apparent shadiness of the request, and she later deleted it. But, as they say, Twitter came prepared with receipts.

Fortunately though, for fans of TNF and all the great work she has done, she is not denying the allegations and not taking this lying down:

Which is obviously a huge relief. She's not pimping anybody. She's not trafficking in anything, except her own business acumen. She's merely being an entrepreneur, connecting aspiring sex professionals with potential clients.

So all this was in the long run this was just another example of how some people like to build our heroes up just so they can tear them down. Especially professional women like TNF. Keep doing all you do, Kaylen Ward. And behalf of a grateful world, congratulations on your friend Nicole's new bewbs.