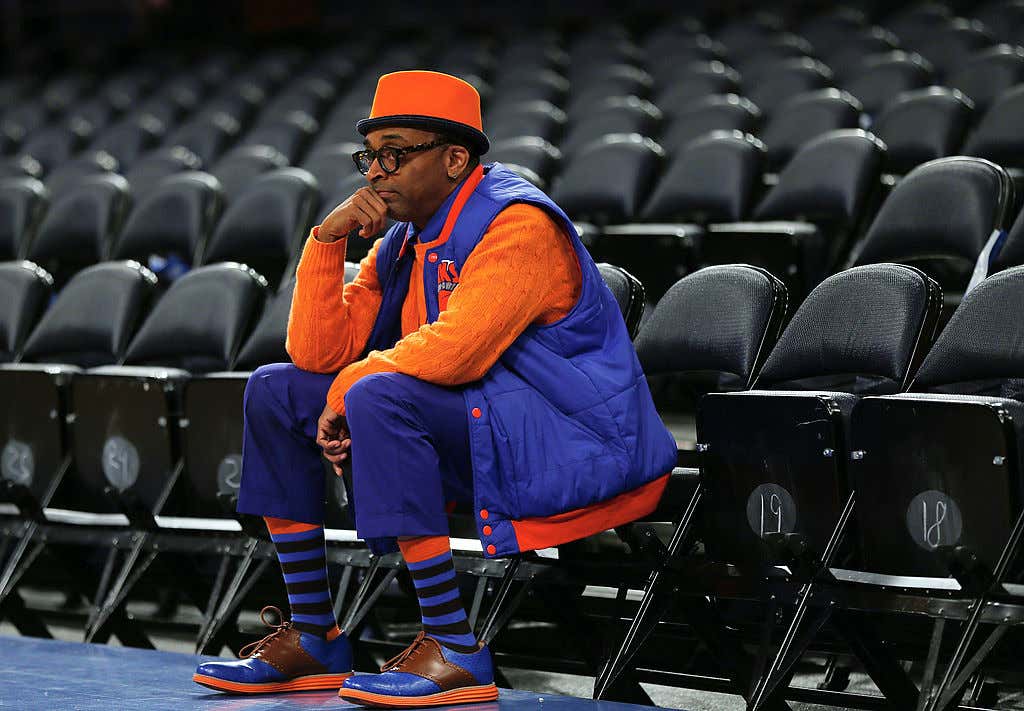 SNY- Spike Lee believes off-court issues like the public back-and-forth between he, the Knicks and owner James Dolan on Tuesday are part of the reason the team hasn't attracted top free agents.  "All deference to Mr. KD, Kevin Durant, (when he) talked about why free agents were not coming to play for the New York Knickerbockers in the World's Most Famous Arena, the biggest thing he left out was Charles Oakley being arrested and led out in handcuffs," Lee said in an interview with The Michael Kay Show on ESPN Radio in New York.

"….. All these guys have each other's numbers on speed dial and I bet everybody in the league was on their phones saying did you see that you know what? F-that, I'm not going to New York. I'll go there once or twice a year as a visiting team. I still feel that is the biggest reason why."

Nothing like Spike Lee snitching on himself as being one of the *checks notes* infinity problems with the Knicks franchise this century. I have been on Spike's side during this entire ordeal because the enemy of James Dolan is my friend. But that doesn't mean he is without fault. I don't think it's crazy if security guards at an arena asks if you can walk in the VIP Entrance instead of the Employee Entrance. Maybe the way Spike was asked ticked him off or maybe he just felt entitled he could walk there. I'm not sure. But I imagine Drake and Jack Nicholson could shoot a jumper during a game and the Raptors or Lakers wouldn't say shit.

Regardless, after that clip went viral on social media the other night, Spike could have killed the controversy by just saying everything was a misunderstanding but he was happy to see the Knicks beat a good Rockets team with the RJ, Mitch, and Frank playing well on Leon Rose's first night as Team President.

Instead, Spike went on First Take to tell his side of the story and had to know Kazoo Jimmy would respond either in a terribly worded statement or a radio interview that ended up making the Knicks look like assholes yet again. I'm not even blaming Spike for getting his grudge on against the worst owner in sports because that's his God given right as a Knicks fan. But you have to know that the Knicks are going to fire back in the worst looking way possible for the franchise that's going to end up with everyone looking bad and someone getting hired to rebrand the rebrand they are currently rebranding. At some point you have to think about the millions of fans suffering over your own axe to grind. I know Spike has been going to The Garden since the Knicks were actually a championship team and he pays for his own tickets, which means he doesn't owe Dolan shit for free courtside seats. But I've been saying the Knicks need a new celebrity face of the fans for a while now and I think Spike willfully pouring some more poison on the Knicks toxicity to future free agents as well as subjecting us to the same goddamn newspaper headlines this morning pretty much clinched it.

On the bright side, at least now we have someone else to blame other than James Dolan when the next wave of Photoshop Free Agents don't sign here.