I know he's a big guy but for chrissakes you gotta move a little quicker than that. There's literally no excuse for someone of his athletic caliber to be signing basketballs like that. He was the #1 pick since he was 9 years old. Lived his whole life knowing he would be asked to signed a zillion basketballs one day. Not a single doubt that Zion would ever be in this position and holy fuck is he woefully unprepared. Look at that Williamson one more time. Alexa enhance. 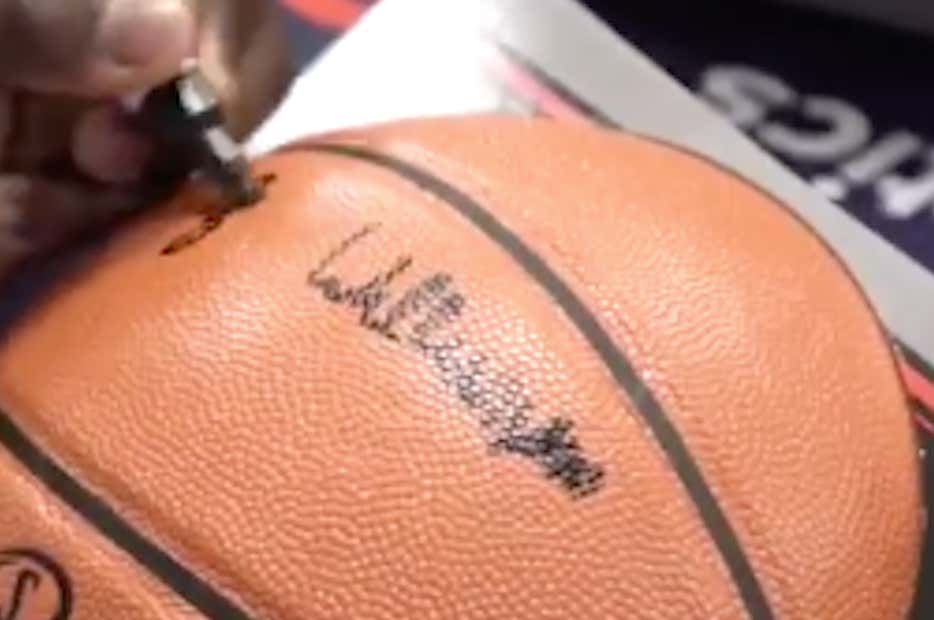 27 letters later and you got yourself the longest Williamson in known history. Like he's 15 years old signing a driver's permit IN PERFECT CURSIVE

Most surprising to me though is that I practiced my autograph, on average, 50 times a day as a youngster. As soon as you learn cursive you start working on your graph. Michael Jordan used the M to create a 23 and that was so sweet everyone in school had a notebook filled with shitty M's. Having your autograph ready is just part of life, with or without being the best young basketball player in the world.

Fuck out of here 23 seconds.