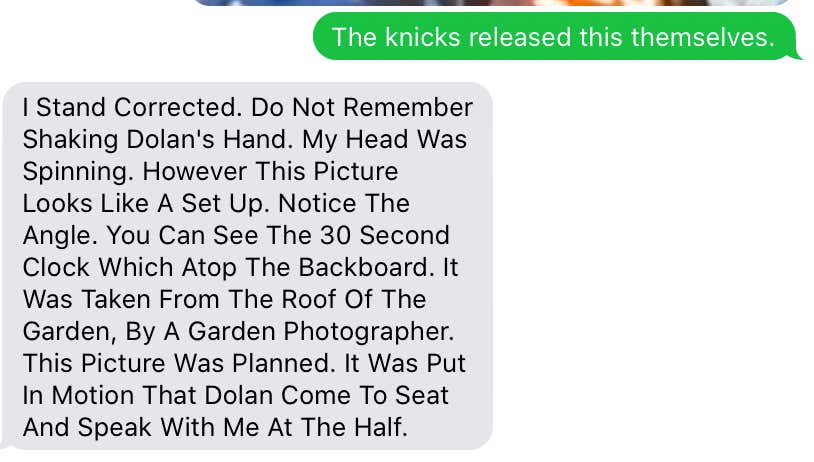 Previously On Spike vs. Dolan: 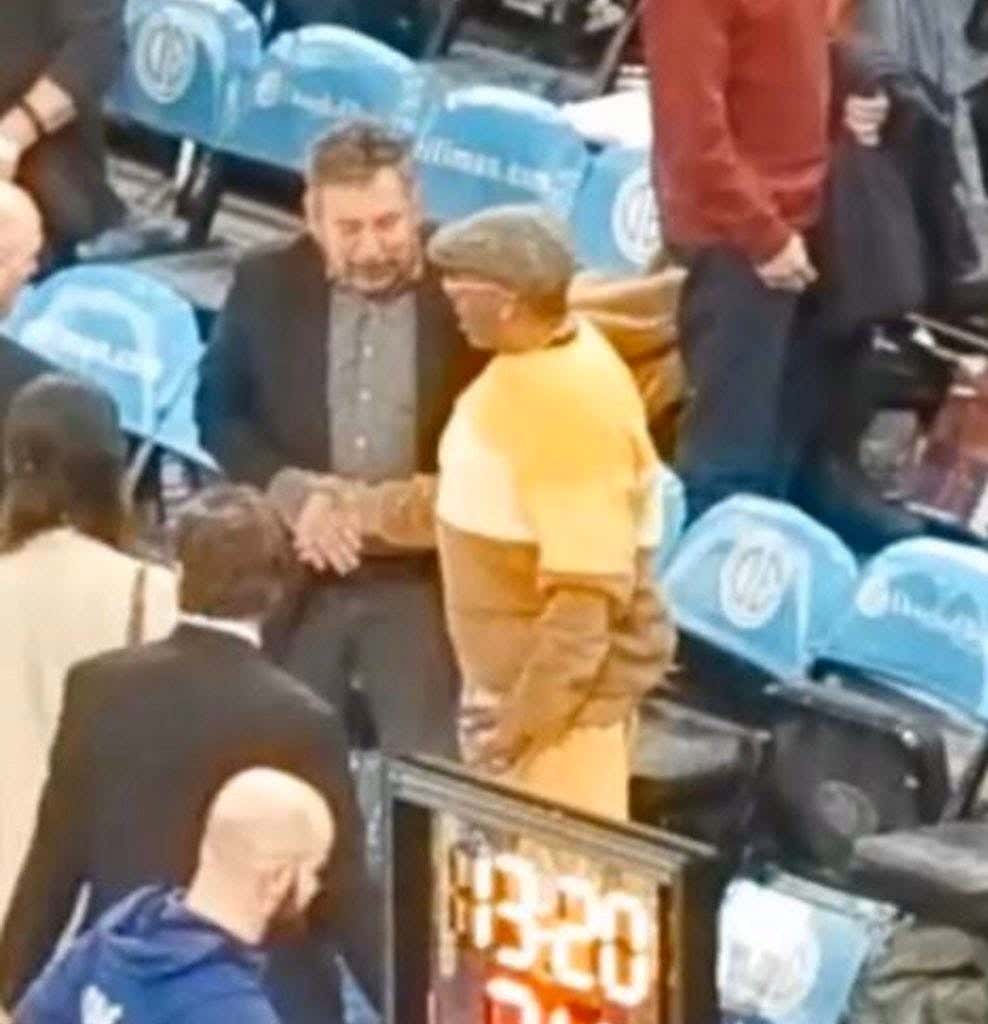 Blogger's Note: I have no clue if this was actually a text message from Spike Lee since there is no number shown and I don't have his number even if it was there. However, Sopan is verified and works for the NY Times, which means he is 1000 times more of a journo than I

Oh fuck yeah Spike, lets get the tinfoil hats on, turn Madison Square Garden into the grassy knoll, and figure out how the hell that hand shaking picture happened Zapruder film style! Everyone knows that you never shake Lucifer's hand unless you are selling your soul to him and Spike has had all the fortune and fame that anybody could ever wish for. And setting someone up for a handshake would pretty much match up with everything I think about James Dolan.

Now we just have to figure out exactly what Dolan said to get Spike's hand in the perfect place for it to be tweeted in a statement after shit hit the fan. The leader in the clubhouse is that Dolan offered a sincere apology followed by Spike shaking his hand as a gesture of good faith. Just kidding, that fuckhead Kazoo Jimmy never shows any act of contrition. I imagine Dolan asked Spike if he could see his hand so he could get his finger size for replica rings while honoring the 50 year anniversary of the 1969-70 champion Knicks, Spike obliged, and this picture is the result. Or Dolan knew Spike's head was just spinning like most peoples' do after being shaken up by security guards, Dolan saw Spike was out of it, he pounced, and planted his hand perfectly in Spike's right where the camera guy had a clean angle. Regardless, I have no doubt in my mind Spike was set up and that those text messages were actually from Spike because he has always striked me as a guy that capitalizes every word he texts.

Blogger's Note 2: I cannot believe my job has become blogging about how big of dickheads the owners of my sports teams are. Don't get me wrong, I appreciate the unlimited content the Summer Knicks and Winter Mets give me. But goddamn this shit is embarrassing and tiring since I will never experience true happiness as a fan until their dumbasses are gone