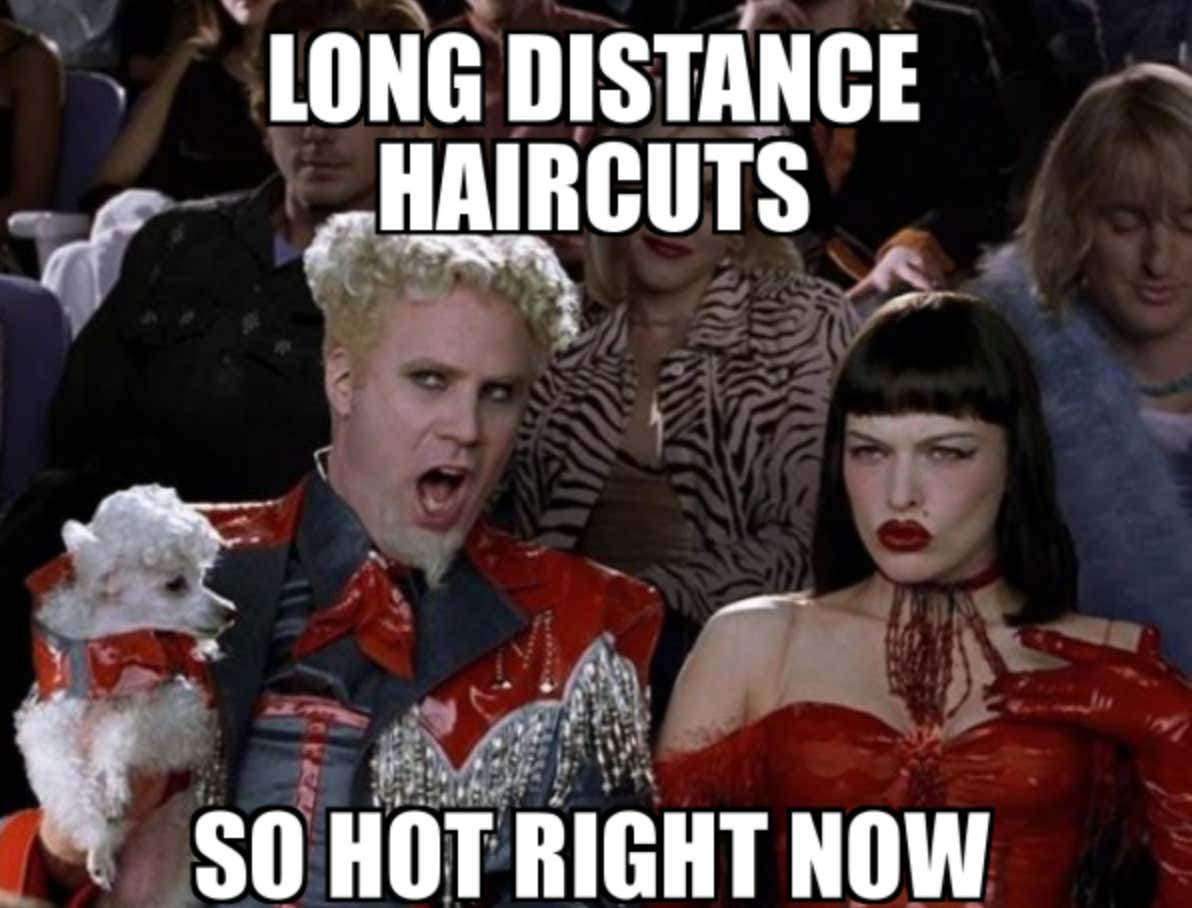 Much like the 'Wuhan-shake', more & more videos are coming out where people have found clever ways to go about daily life without actually coming into contact with each other. Cue the long-distance haircut salons. According to LiveLeak regarding this last video above:

Hairdressers in southern China attached their tools to the end of sticks to keep a safe distance from the customers amid the COVID-19 outbreak.

The hilarious video, captured by a 30-year-old hairdresser named He Bing in Luzhou city in Sichuan Province on March 1, shows hairdressers holding more than one-metre-long sticks with a brush, a shaver and a hairdryer attached to it.

In order to make the customers feel safe, the hair salon provided the "long-distance haircut" after it reopened.

According to reports, those customers were regular customers and they wanted to try the "long-distance haircut". The hair salon can offer the service to the customers based on their requirements.

The owner of the hair salon said the creative idea could also bring happiness to customers.

Countries around the world have been turned upside down by this thing as entire populations are forced to hunker down in place, and the cabin fever has been reaaaal. It's almost like a bizarre social experiment & has been interesting to see what people have been doing to keep themselves entertained & occupied. From the long distance haircuts to the #WhatToDoWhenStuckAtHome trends like the montage below, it's nice to see people are keeping a sense of humor in all of it.

My hair already looks like someone chopped it with a buzzer on a stick from several feet away so that's out for me, but if things do get bad here I'll have plenty of amusement… (So long as I don't run out of wiggle-worms for my son.) (Oh my God I have become that cat person and it's only getting worse.)