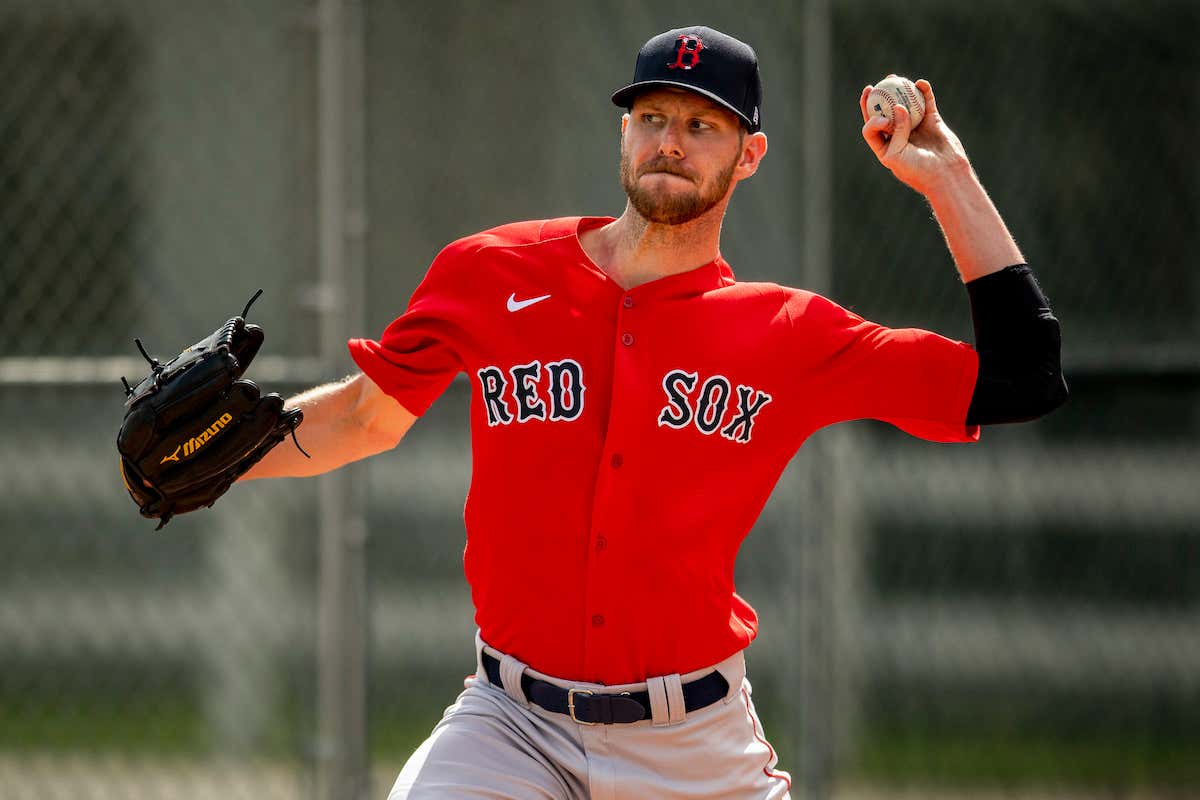 There's a lot of aspects to the announcement that Chris Sale is heading to a consultation with Dr. James Andrews, the borne from which no pitcher has yet returned without Tommy John surgery and missing a year and a half. First, there's the possibility that the demoralized Red Sox might be looking at a 100-loss season. There's the fact that the team didn't bite the bullet and have this surgery last year. There's the still blatant obviousness of 2020 being at best a bridge year and at worst an all-out tank job. And the more pressing matter of the psychological harm this is doing to Carrabis.

But I'm here for the coverage from John Henry's personal Ministry of Propaganda and Public Enlightment.

The Red Sox own state run media has been on a tremendous roll over the past 10 or so years. Beginning with the legendary hatchet piece of Terry Francona when he was going out the door on the best possible terms. After a mutual parting of the ways when the Globe made their universally respected ex-manager out to be a philandering, unstable, pill-popping kook for no reason whatsoever other than to make ownership look good. Then there was the way Pete Abraham came after Carrabis for the crime of reporting actual facts about Pablo Sandoval, the biggest waste of money in the history of the city. And the Globe unironically publishing John Henry's claim that Sandoval - a can of Crisco in vaguely human form - tested at 17% body fat, which is roughly equal to that of a 14-year-old gymnast. Then there's the annual fiction that Truck Day is popular and the Patriots are not. Not to mention one of the truly great lies of recent vintage, that they simply had to trade Mookie Betts for the good of all of us, and not just because they're trying to increase the profit margin. And how they followed that up with the claim they haven't gotten any requests from people to cancel their season tickets, which is a lie. To say nothing of how the paper has run inference for the team over the Apple Watch spying and the Alex Cora spying.

But here's the one I'm all about today. From the Sunday Globe:

[F]or Chris Sale on Sunday, the 15 pitches he threw to a pair of teammates represented a landmark … with Sale throwing his full arsenal – fastballs, sliders, and changeups – to both righthanded and lefthanded hitters. It was also noteworthy that even in the relaxed setting of the back fields at Fenway South, he worked effortlessly in the 90s — a contrast to his first Grapefruit League start last spring, when Sale worked largely in the high-80s.

This was a glimpse of Sale working toward being, well, himself. …

Sale’s arm is healthy — a notable contrast with how he finished each of the last two seasons, including a 2019 campaign cut short in mid-August by inflammation in his prized left elbow. And the early evidence from his work in spring training suggests that he is stronger than he was a year ago at this time.

Sale, of course, will begin the season on the injured list, and miss at least the first two turns of the rotation. But that status is a product not of any arm woes but instead due to the fact that he was sidelined at the start of camp by pneumonia.  …

Sunday marked an important marker of possibility for the pitcher as he embarked on a competitive routine.

Their only remaining hope for a top of the rotation starter throws for the first time in 200 days and gets shut down after just 15 pitches. His only hope to get back to the pitcher he was is in all likelihood going to be surgery and almost two years of rehab. And ownership's first reaction is to send out their employees to tell everyone the situation couldn't be better. It never gets old. This might as well have included a sales pitch for tickets on sale and another reminder that Fenway leads MLB in bronze plaques and commemorative displays.

Again, there's a lot we can question about how Sale's arm has been mismanaged. But one thing we can't question is how John Henry's media empire is making it harder and harder to root for John Henry's baseball empire.