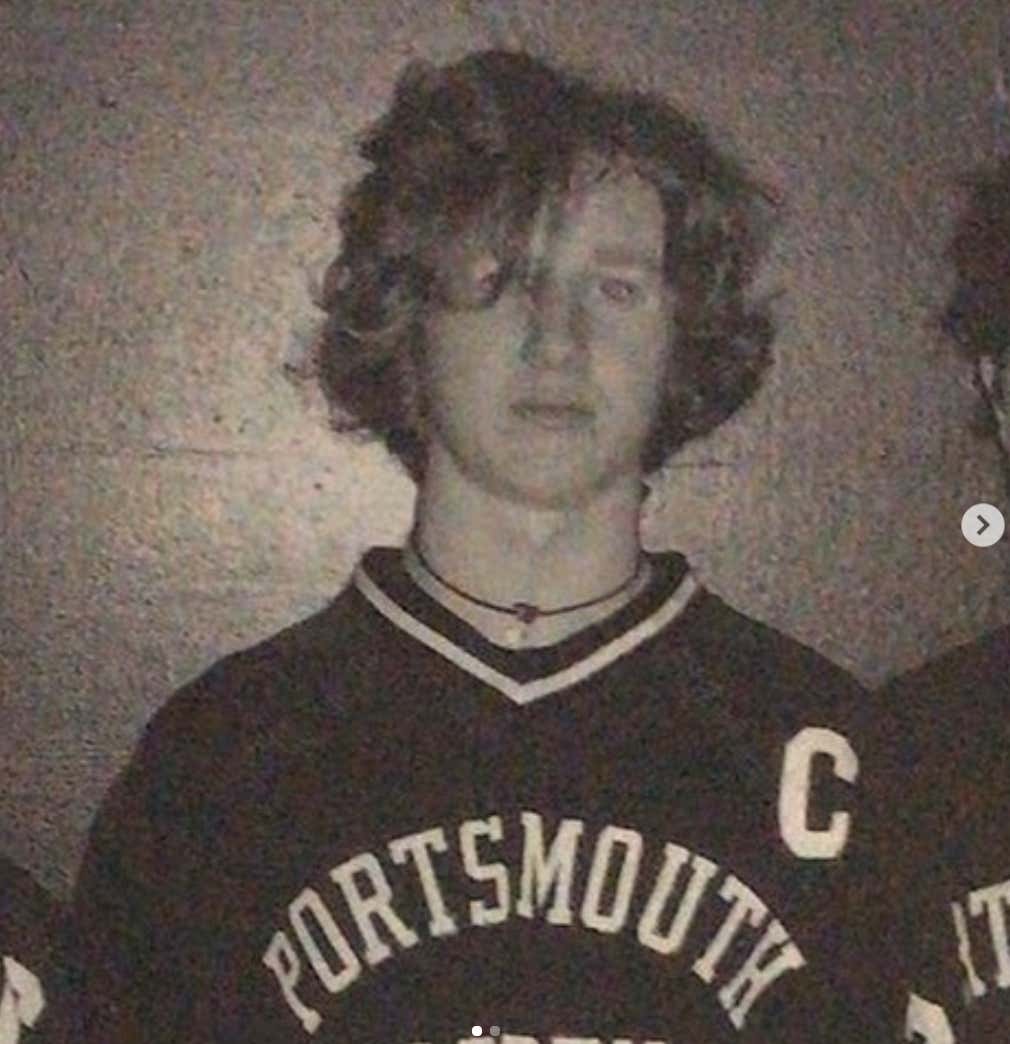 There's been a lot of hockey at Barstool over the last few weeks, what with incredible pond hockey team and all, and I was unfortunate enough to have someone tweet me an old high school picture of myself. It's not great. It's so bad that I can't believe I'm ever surprised, however mildly, to learn that someone hates me. No shit they do, look at that fuckin' picture. I hate me. You'd be a numbskull to like me.

However, if you don't hate your high school self then you were either a loser then or a loser now. You need to hate old you, it shows growth. Hell, I hate yesterday me because he was too lazy to cook so he ate shrimp tacos that he cooked a week ago. You know who likes themselves in the past? Shitheads.

This also makes me think of those scenes in movies or shows when someone takes a significant other home then old pictures, usually as a baby in a bath, come out and the protagonist comes running, screaming, "MOMMMMM!!!! DON'T SHOW THOSE!!!" I fucking hate those scenes. They're so lame. Old pictures are funny. You dressed like an idiot, you acted like an idiot, you had a little dick, whatever, it's all gold. People love looking at an asshole and if you can be that asshole, then that's good. If you get particularly protective of old shit then that just means you're still a douchebag and you've still got a little dick.

PS - Deep down in places I don't talk about at parties I think I look kinda cool.

PPS - That choker was cut off my neck by a police officer when I got arrested outside Mac Twos in Billerica so I couldn't use it to commit suicide in my cell. At the time I thought she was doing a little too much, but now I see she had my best interest in mind.