BREAKING NEWS on the Dave Portnoy beat aka the beat that NEVER sleeps. There's rumblings of another food challenge on our hands folks...

Is it time for Davey Double Burger to dust off that A+ hamburger eating etiquette and get back in the McD mud?

On Monday's Pick Central, the challenge above was proposed for their upcoming March Madness "Positive Vibes Only" tour. This coincides with the 43rd birthday of the greatest man to ever put 2 feet onto this earth, The Tastemaker Dave Portnoy.

Who ICYMI, is a man who does NOT take challenges lightly... A man who stares impossible outcomes in the face without blinking once... A man who has never lost... A challenge like this is child's play for a manchild of his magnitude.

But despite building this company brick by brick with his own bare hands and never losing a challenge over all these years, the Stoolies are showing a surprising lack of faith in this salt of the earth sultan. Right now it's 60% NO and only 40% YES on the hamburger vote?

What the hell is going on around here! 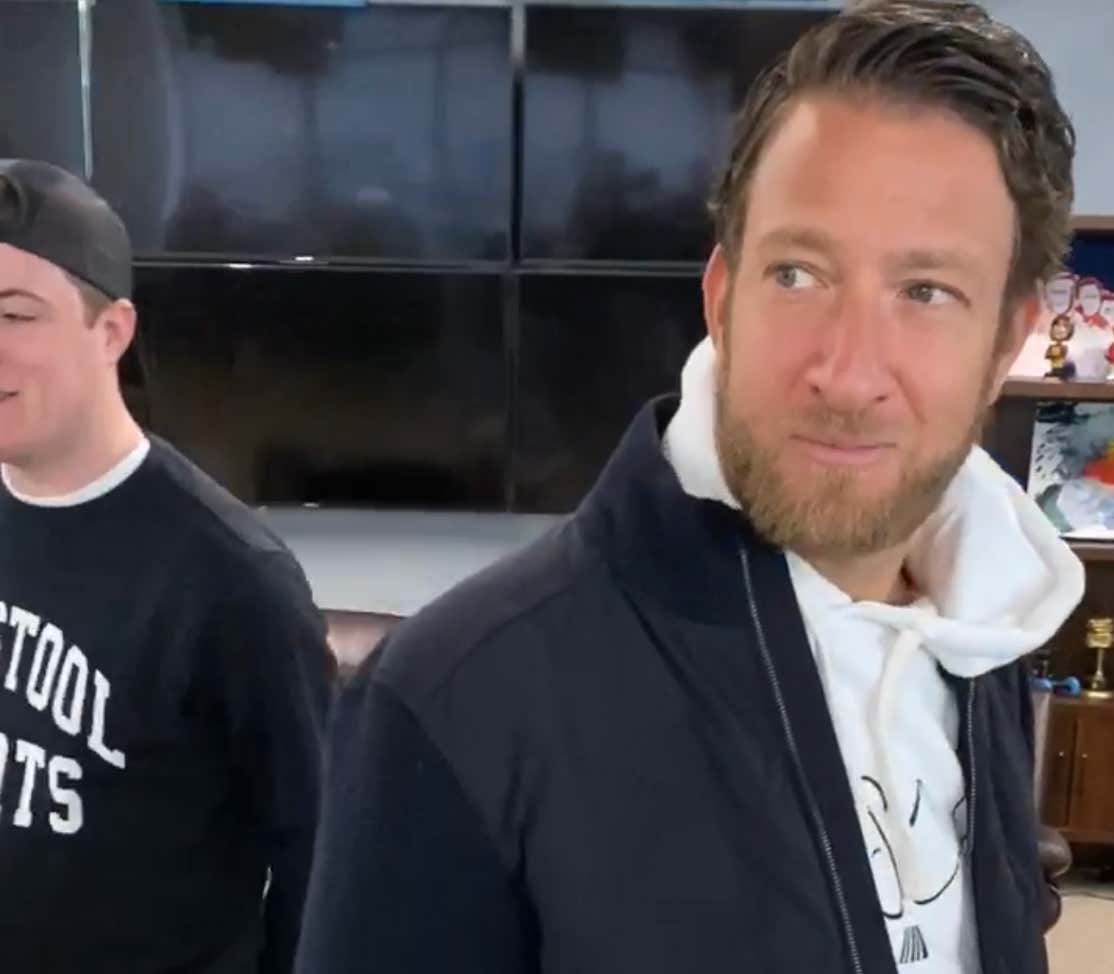 Does this look like the smirk of a man who knows he's already won? Well that's probably because HE HAS. Dave Portnoy was literally BUILT for winning challenges like this and has proven it time and time again. Have respect idiots...

And knowing burgers like the back of his goddamn hand:

The list goes on and on and that's just covering his food challenges. You think a US Open champion/masterclass surfer/All-Star hitter/$100 million dollar man is gonna lose against 43 measly patties? GTFOH!

Going for the ultimate break with Anastasia Ashley:

Sending baseballs to the MOON:

Plus Davey Double Burgers does have a few weeks till that 43rd which means PREPARATION = DOMINATION guaranteed. I'll never doubt this man for 1 second in my godforsaken worthless life that's for damn certain. I suggest you all do the same. Go Pres GO.

Also shout out to this Stoolie Max F for once again proving we have the BEST audience in the universe. Yes, these are our Tweeters!