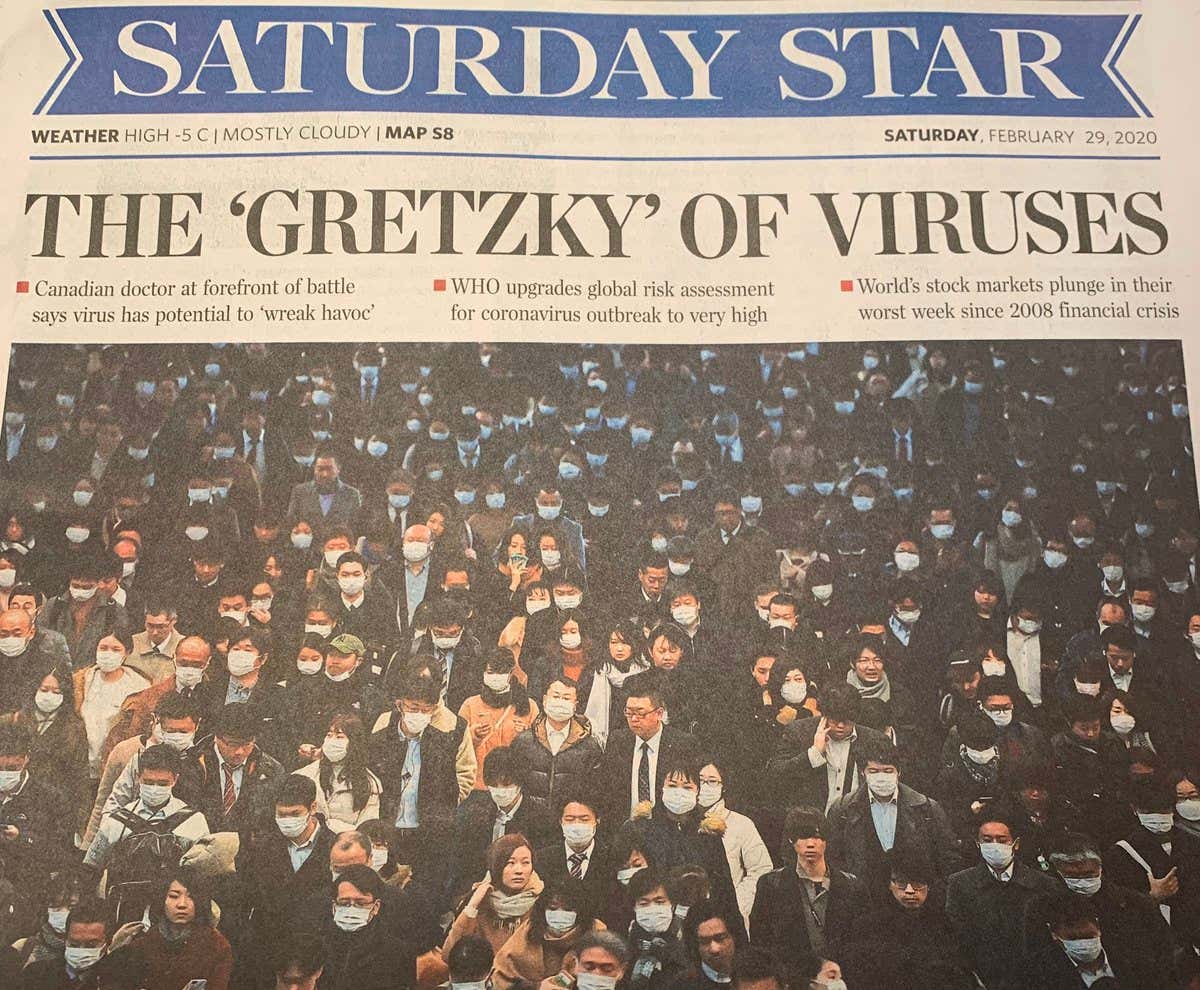 Honestly I think this is the first piece of coronavirus media hysteria that I've actually taken seriously. We saw it with bird flu, we saw it with swine flu, we saw it with west nile. Every time one of these new viruses come to town, the media spends the next couple of . months acting like it would make the Black Plague look like the common flu, rinse and repeat.

But now that you put the coronavirus on the same level as 99? Well that's legitimately terrifying. Because Gretzky could have never scored a goal in his entire NHL career and he'd still be the league's all-time points leader. A virus with that amount of talent? Buckle down, boys, because we're in for a gongshow here, eh? Gonna be a full blown donnybrook to try to beat this thing. I just hope all these doctors around the world are getting pucks deep and winning those battles along the boards. Get greasy out there, boys. We're up against The Great One, can't be holding anything back.

P.S. - People forget that Gretzky should have won an Oscar for his role in D2: The Mighty Ducks.