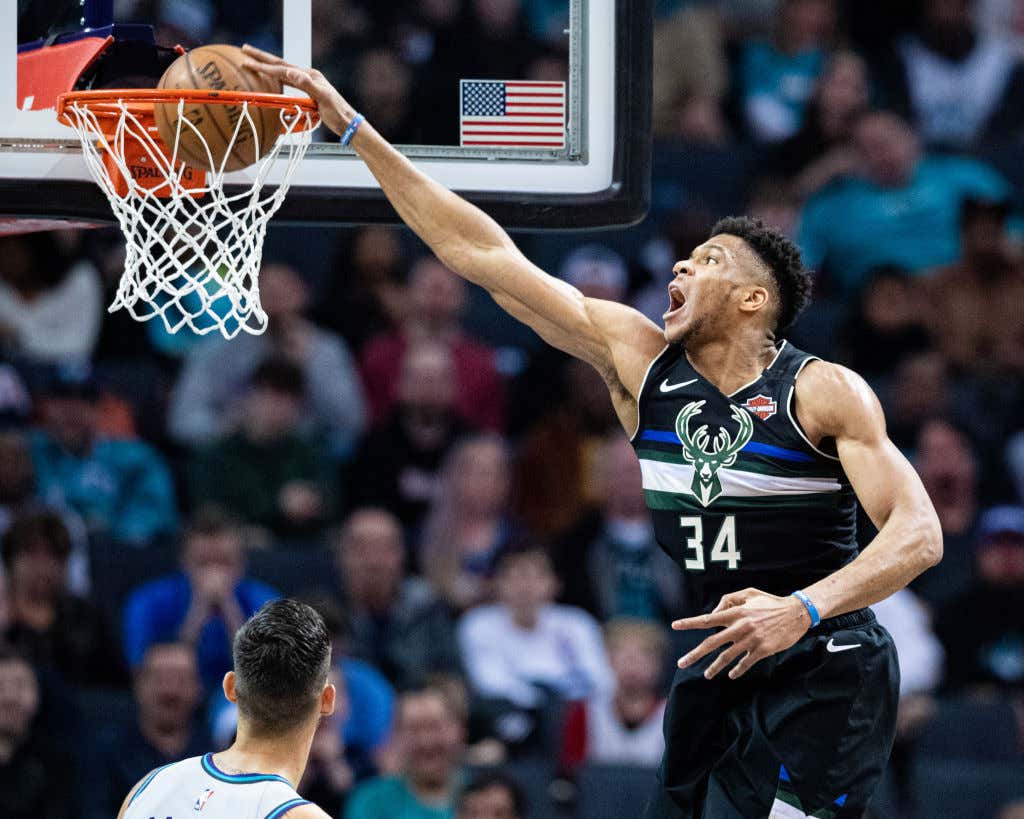 On Friday James Harden came out and finally responded to Giannis on national television, saying he's really not all that skilled since he's 7 feet and just dunks. Now it should be stated that both of these dudes were incorrect when discussing the other person. Harden is a much better passer than Giannis gave him credit for and Harden is smoking crack if he thinks Giannis is not a skilled basketball player. That's just not true. Well since those comments Giannis has played in two games, both wins.

Seems pretty good. I mean every night Giannis is going out and scoring more points than minutes played, so this was more of the same. The Thunder have been one of the better teams in the entire league recently, and Giannis has his way with the. Then came today's performance

The first ever 40/20 game of his career. I dunno about you, but I see a lot of skill in those highlights. And sure, this was against the pathetic Hornets but whatever. Domination is domination. This was the first 40/20/5 game for the Bucks since Kareem and just the 7th time it's ever happened for that franchise.

So I'm here to ask, what the hell James Harden. You just had to get that soundbite in? Now look at what you've done. Giannis was already a handful and nearly impossible stop, now look at him. He's taken it up a notch which frankly as someone who roots for another Eastern Conference team I don't really care for. The last thing I needed was a motivated Giannis because holy shit. If Giannis maintains this level of anger for another month and brings it to their March 25th showdown, well that's going to be about as must watch TV as it gets.

But seriously, these Bucks are once again the very definition of a wagon, Giannis is probably going to be a back to back MVP and at this rate if this is the level of his play it'll probably be unanimous. All this because James Harden couldn't keep his mouth shut and just had to poke the dragon. Now we're all fucked.