We all go through low seasons in our life that make us question life and its purpose. Maybe we're dealt a shitty, unfair hand and we find ourselves in serious financial hardship and no matter how hard we try, it seems neverending. Your job, your savings, none of it is enough and you begin to wonder how you're going to put food on the table for your children and keep a roof over their heads. This wasn't supposed to happen to you - you did things the right way, you were a good person!

Then just as you were on the verge of drowning, someone hands you a life preserver.

Before you know it, your finances are in order and you find yourself in the middle of a massive counterfeit production chain, cleverly placing counterfeit bills in the dryer to give them an authentic appearance.

Except... life isn't network television. Most counterfeiters/moms don't look like this: 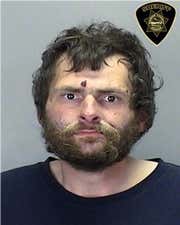 And they don't use fake money to buy medicine for their extremely ill child. Nah. According to the NY Post, they use the money to ROB children. Multiple times.

You have to be a real scumbag, someone who has completely given up on life, to steal from a GIRL SCOUT! They're out here trying to make the world a better place through community service and cookies, and you're going to intimidate and take money away from them?!!

[Tiffany] Brown’s daughter felt too intimidated to confront the man, she said.

“It’s not nice, it not kind to other people and it is not fair,” the cheated teen told KPTV. “Us Girl Scouts work really hard and I am proud to say I am a Girl Scout.”

It's not nice, kind, or fair. In fact, it's downright disgusting.