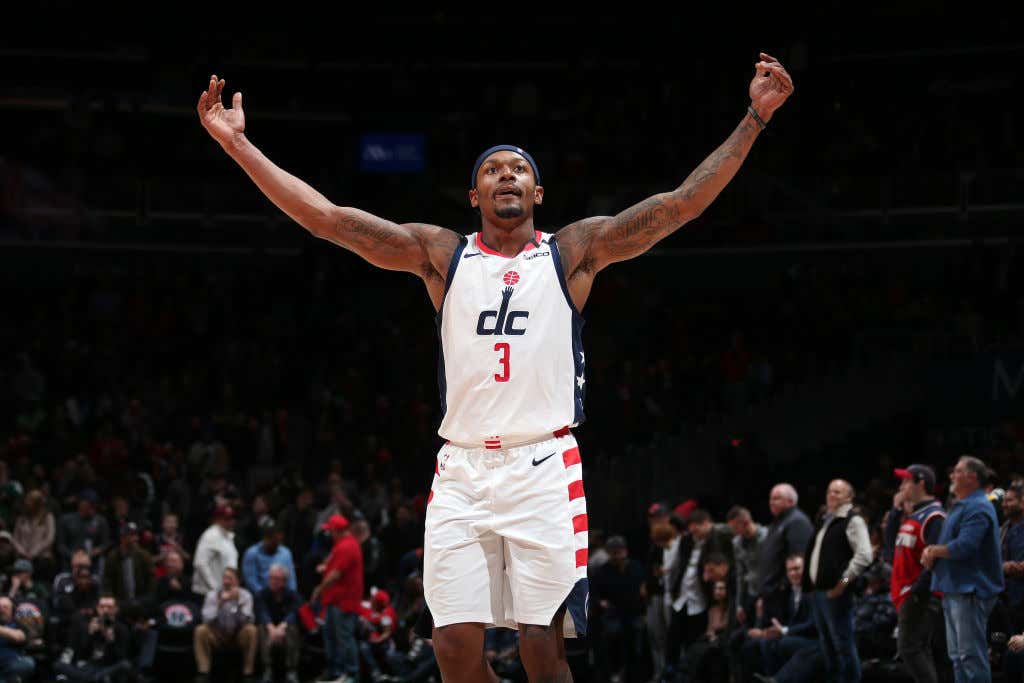 Sports man. What else is there to really say? Call me crazy if you want, but I believe in all this stuff. Sort of like how immediately after the passing of Kobe both Trae Young and Devin Booker has crazy nights, both finding their way back to Kobe

It was eerie for sure. Then the next night it was Buddy Hield

Then we saw viral clips of dudes in highschool hitting prayer game winners wearing the #24, the whole thing seemed crazy. Which brings us to tonight. 2.24. After the world celebrated the life of Kobe and Gigi earlier today, we get Bradley Beal as the next player to do something outrageous that of course….is tied to Kobe. Admit it, even if these are wild coincidences, it's pretty cool. Makes you feel like Kobe and Gigi are watching down or something. Or maybe that's just me, but I've officially seen enough to be convinced. Add to it that tonight Sabrina Ionescu made some D1 history after speaking at the ceremony earlier today

come on you're starting to believe now. This is why sports are so awesome in my opinion. You can't make this up.

But back to Bradley Beal for a second. It's some tough luck to score 108 points in two games and come away with a crisp 0-2. That's rough and why he looks like this on the sidelines these days

You feel for him but then you remember he willingly agreed to stay in Washington for the foreseeable future. Nobody made him choose that life, he secured the bag and is living with the reality that everyone could see. Someone just tell him how good John Wall looks in his rehab or something so he doesn't lose his shit even more. Two back to back 50 point performances hasn't happened in 13 years and if you missed em, they were pretty outrageous.

A fitting way to pay tribute to the legend of Kobe Bryant, even if Beal had no idea what he was doing at the time.