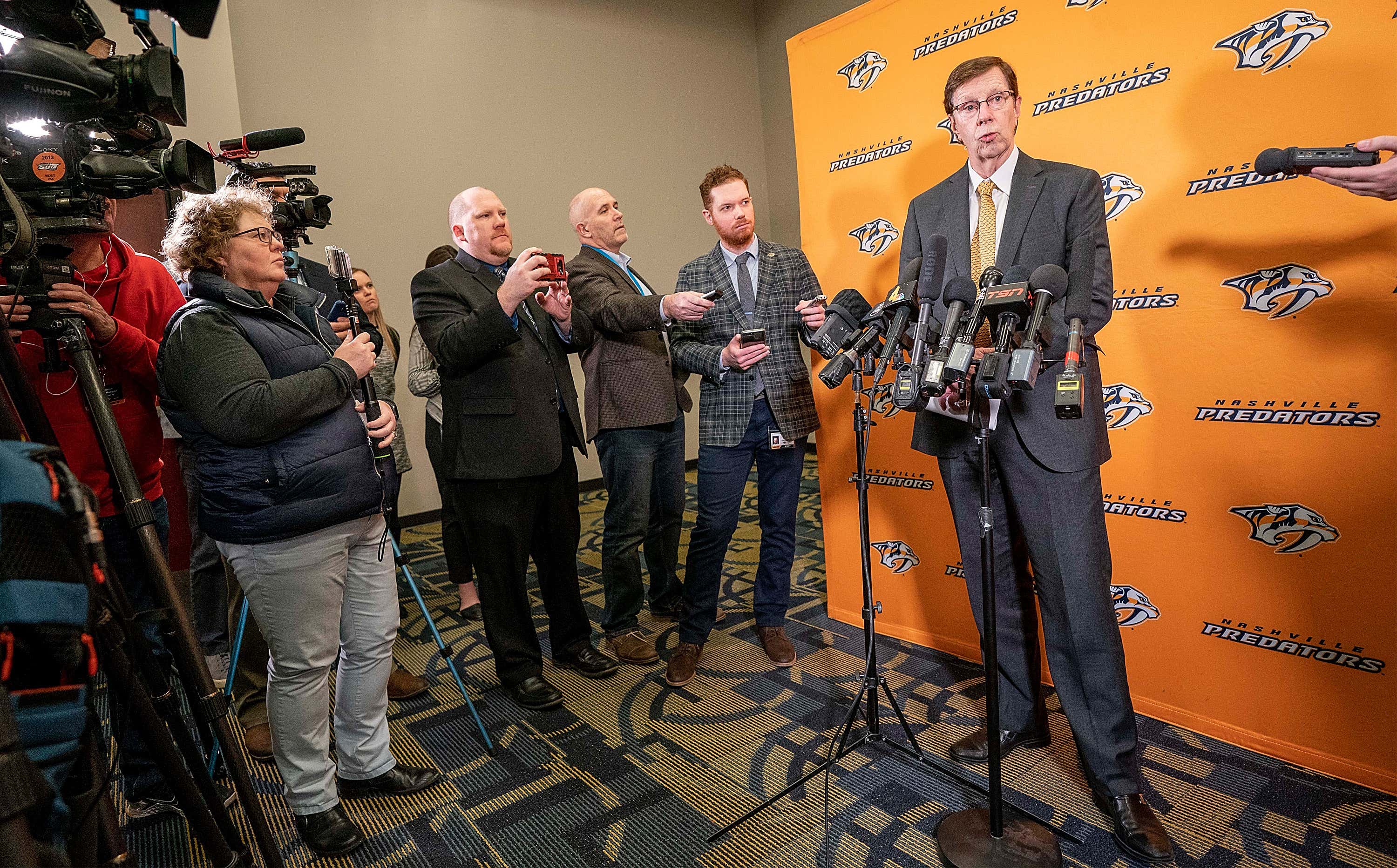 He did it! David Poile fixed the Predators!

In all honesty, this trade deadline is super disappointing for several reasons, but the biggest is it seems that Poile just no longer gets it. Nashville was in a pretty unique position at the deadline. The Preds are right on the verge of being good enough to get into the playoffs and, with one or two additional pieces, maybe make a real run at something with a core that is still among the best in the NHL. However, they also have several expiring contracts that would have been appealing to teams already in championship contention and could have given the Preds some significant assets to build for the future. I believe fans would have been understanding of Nashville taking either direction at the trade deadline, given where the franchise is right now.

What Poile chose to do was trade the worst defenseman — probably the worst player — on the team for a player that is somehow even worse and even throw Anaheim an additional draft pick for good measure.

Poile was a great general manager for a very long time. He's arguably the best to ever do it. But for whatever reason, it just seems like he doesn't really understand what the Predators need to win anymore, be it now or going forward.

Even last year, when the Preds were a much better team at this point of the season than they are now, Poile traded away 22-year-old Kevin Fiala — who already has 40 points this season for the Minnesota Wild — at the lowest point of his value for Mikael Granlund, who scored just one goal for Nashville in 2019 and who will likely leave in free agency following this season — after actually building up his trade value in the last few weeks.

It's really hard to criticize someone like Poile who has obviously been great for such a long period of time, but there's just something off in the Nashville front office. It's been apparent for the last couple years that there is a disconnect somewhere between how good the Predators should be and how good they actually are — and it has now spanned multiple head coaches.

It sucks to have to point the finger at any individual person, but eventually the buck has to stop with somebody. And Poile is supposed to be the guy in charge.