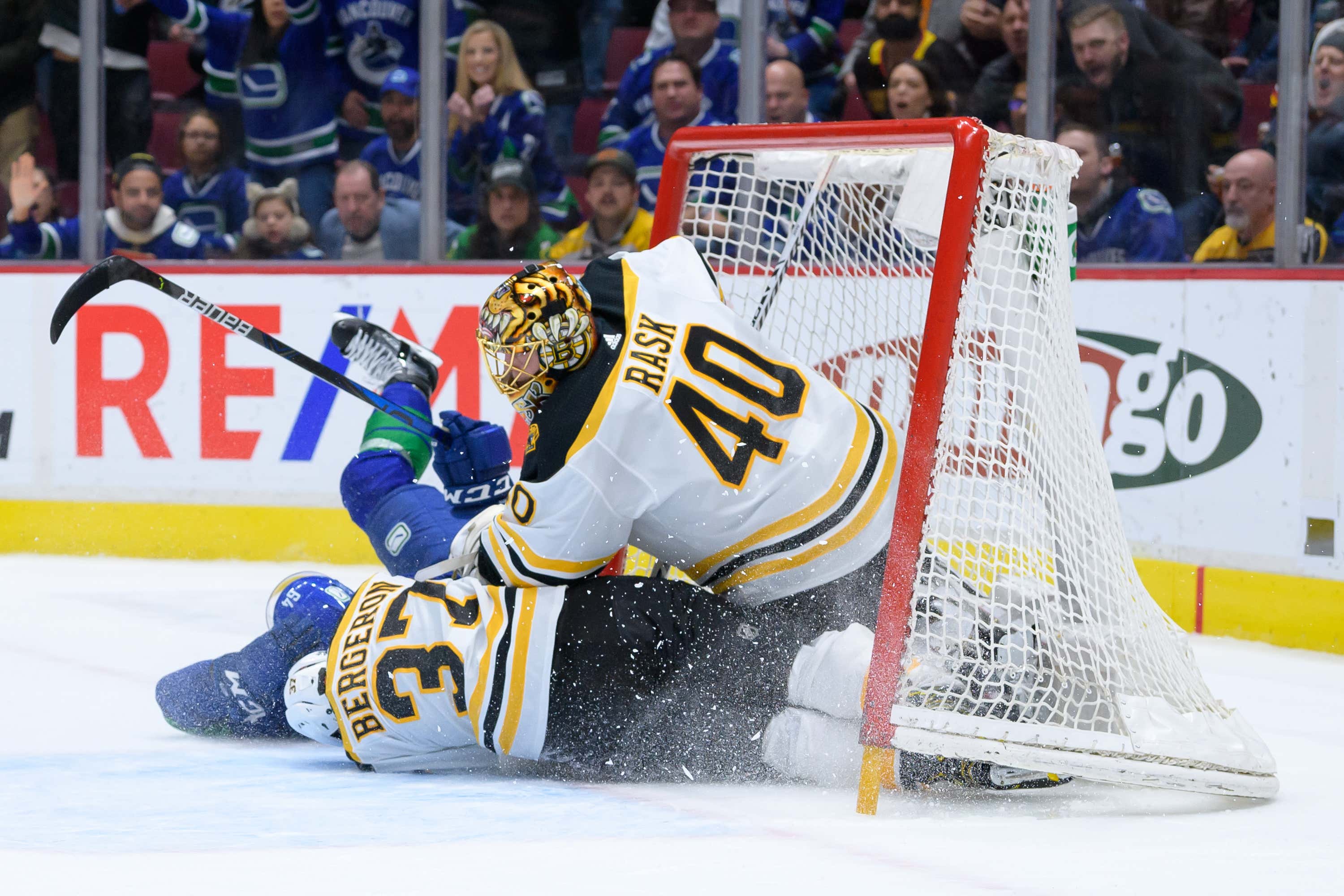 Well, last night was quite a night.

David Pastrnak's (league leading) 44th and 45th goal(s) of the season - he now has 3 goals, 3 assists for 6 points during this 3 game point streak.

My Twitter has been suspended after using Gwen Stefani's Hollaback Girl to make a Tuukka Rask meme. It was apparently my last strike. I'm trying to get my Twitter back in good standing but it's a more likely than not that it's gone forever. Pour one out for @mkmolnar.

I will say that meme was worth it because it made a few guys on the team laugh. And all that matters is the friends we've made along the way. In case my original Twitter does not return here's my burner - you can follow me here @marinabarstool.

Just all around an ugly game for the B's. 2nd night of a back to back. The energy, the will just wasn't there. Too many mistakes in the 2nd period and they let the game slip away. Canucks snap their 5 game winning streak but it's time to flush it and move onto the next.

I also thought it was rude that Tyler Toffoli scored twice us against us.

The Trade deadline is tomorrow and it sounds like Don Sweeney is preparing to make his next move. Ondrej Kase will be practicing with the team tomorrow as well. So as much as that game fucking sucked, we're onto Calgary.