Embiid has heard it all. He's taken the majority of it in stride. Every time the TNT crew talks about the Sixers, they're always shitting on him. He gets it from Chuck.  He gets it from Shaq. He understands they just want him to be the best version of Jo he can be but eventually enough is enough. And this face right here? 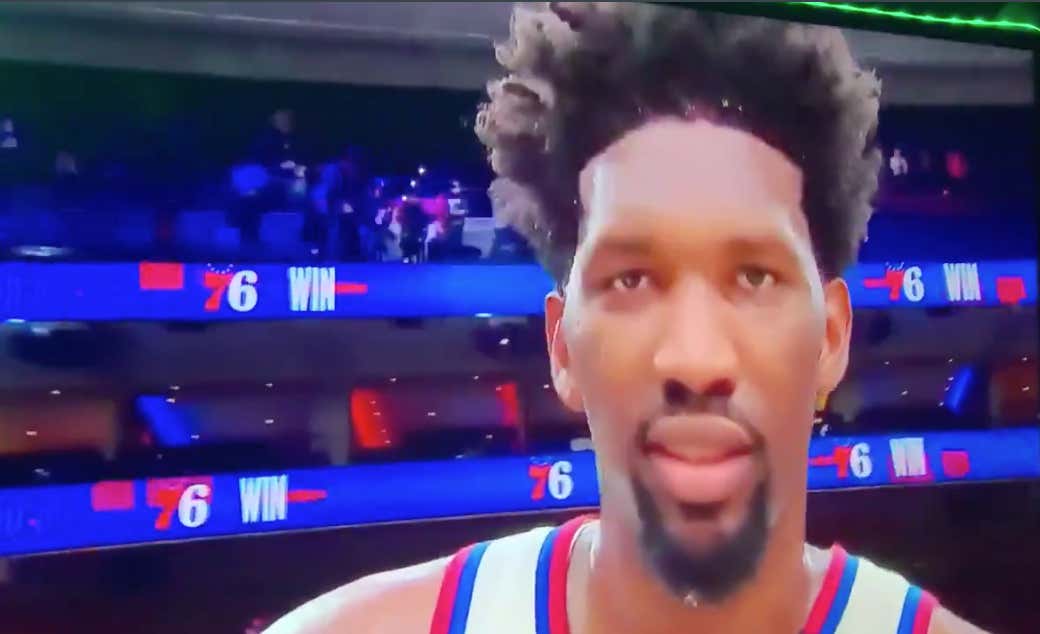 That's a "fuck you, you old crusty bitch" face. As soon as Charles Barkley is of age, he's putting him in a home. He doesn't want to have to listen to this old head constantly ragging on him anymore. He's over it. And what's the best way to shut him up?

Oh just a quick little 39 points and 16 rebounds leading the way to an overtime win. Just something light and casual. You want Joel Embiid to take over games and be the most dominant big man in the game? Fine. He'll go out there and do it. But not because you told him so. But just to prove a point that he can turn it on at any given moment and he just needs to keep most of that stored up for the playoffs.