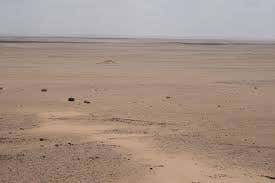 You see that big beautiful expanse of absolute nothing? That is called the Qattara Depression. In short it is a GIANT hole in the ground in Central Egypt. Who the fuck cares? Right? Right. Well at different times throughout the history of the world the Sahara Desert to the West was a vast grassland. The place was littered with all sorts of sweet animals, and trees, and rivers and good shit. For whatever reason the Sahara shifts back and forth between desert and grassland every 41,000 years. Throughout the entire history of modern mankind we've been in the suck era of the Sahara. A land mass bigger than the United States is just completely useless. Given the fact that we've got a shit ton too many people around and nowhere to put them, having the Sahara be usable seems like a good idea. That's where that shitty area above comes into play. 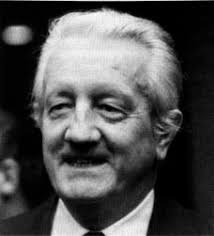 Friederich Bassler. He saw that giant hole in Egypt and said no no no, that's not a hole, that's a lake. He determined that filling a hole that was twice the size of Lebanon would be just the kicker that the African continent needed. A lake/sea of this size in that location would provide enough evaporation and subsequent rain water blowing west that it would make the Sahara more livable. And this Qattara Depression is only 34 miles from the Mediterranean. Bassler had a plan to dig a canal from the Mediterranean to the Qattara Depression that was 60 meters deep. The canal would bring in enough water from the Mediterrean at a rate that matched the evaporation rate so it'd never dry up even though it was in the middle of the fucking desert. And if you've got all that water flowing in you could also build a GIANT hydro power station. Great plan, right?? Well, no. Investors objected to a heavy price tag, a 10 year+ timeline to build the canal, and then there was that problem of all these unexploded WWII landmines chilling in the desert. So Bassler pitched his plan B

Bassler proposed setting off 213 nukes to build the canal in like 2 seconds. The Egyptian government heard out his plan and countered with

And that was that. End of the proposal. Dead for good in 1975. Can't believe the Egyptians didn't go for the Lake Nuke. Would've been sweet.

Call me crazy, but this sounds like a GREAT idea to me. Not the nuke part, but everything else. All I ever hear about is rising sea levels all over the world. Well...just put that water in a hole. Problem solved. Jeff Bezos just started a $10Bn "Earth Fund". Take some of that money, get some money from Paris Climate Treaty countries, tell Trump he can build a hotel and a golf course on the shores of Lake Qattara, and let's get this shit done. Water levels keep going up? Just dig more holes. There's probably a million shitty places where we could dig holes. What's going on in Siberia? Nothing. Just put more holes in there and fill them with water. Holes everywhere. Holes can save the planet. Give me Greta Thunberg's Nobel Prize.